Altoida has secured $6.3 million round of venture capital financing to bring its FDA-cleared and CE Mark-approved medical device and brain health data platform to patients, physicians and researchers around the globe. 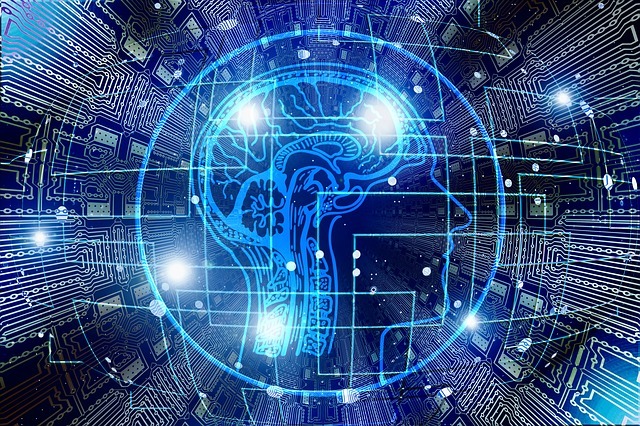 The Series A round was led by M Ventures, the corporate venture capital arm of the science and technology company Merck KGaA, Darmstadt, Germany, with participation from Grey Sky Venture Partners, VI Partners AG, Alpana Ventures, and FYRFLY Venture Partners. The new capital will be used to further expand Altoida’s global presence with an immediate focus on commercialization activities in the US and EU markets.

“Altoida is at the forefront of a new era to leverage Artificial Intelligence and Machine Learning to assess brain health,” said Alexander Hoffmann, Principal, New Businesses at M Ventures. “Our investment reflects our belief that digital biomarkers are the future and might lead to earlier diagnosis, and potentially better supportive care for a wide range of brain diseases. Altoida promises to deepen our understanding of brain health and contribute with positive impact on medicine and society.”

Altoida offers healthcare professionals a novel way to objectively assess cognitive and everyday functions, in the most ecologically valid way, prior to the onset of symptoms. The company’s FDA cleared and CE Mark-approved medical device leverages the latest advancements in artificial intelligence, machine learning and augmented reality to collect functional and cognitive biomarkers to help detect Alzheimer’s disease up to ten years prior to onset – with up to 94% accuracy.

“Searching for early, more accurate and scalable preclinical markers of Alzheimer’s disease has been the holy grail for clinicians, researchers and pharma companies alike that are trying to predict Alzheimer’s-type cognitive decline and develop early interventions,” said Dr. Ioannis Tarnanas, PhD, Founder and Chief Scientific Officer at Altoida (an ETH University Zurich spin-off). “The ability of Altoida’s digital biomarkers platform to collect very sensitive and ecologically valid markers of early functional and cognitive changes in the most scalable way, by using only a mobile phone or tablet, is unmatched by today’s medical tests and a game changer for the field.”

Altoida’s product analyzes visuospatial and executive function during complex activities of daily living through a battery of three tests that ask patients to hide and seek virtual objects in a physical space. The company has validated its platform and methodology in more than 12 peer-reviewed journal publications and in more than 200 independent studies. It is currently being used in clinics across the US, Europe and Brazil.

“While we know that early detection of Alzheimer’s is the key and leads to better outcomes, only 16% of seniors today receive regular assessments in the US, and this situation becomes more critical as we look at other geographic regions,” said Dr. Richard Fischer, Founder & CEO at Altoida. “Today’s diagnostic methods are either outdated, costly and invasive, or highly nuanced. We are taking aim at this acute problem with a fast, fun, accurate and scalable AI-driven solution that collects digital biomarkers to predict the onset of Alzheimer’s as early as ten years before symptoms appear – we like to call them ‘micro errors’. Our software or app is designed to be used by a wide range of healthcare professionals, from primary care physicians (GP’s) to neurologists to insurance companies, in order to make early detection accessible to more people around the world with the goal of significantly delaying the onset of MCI due to AD – and resulting in an overall cost reduction.”

The number of people living with Alzheimer’s disease is rapidly growing. In 2019 alone, Alzheimer’s disease and other dementias will cost the nation $290 billion. By 2050, these costs could rise as high as $1.1 trillion. Yet, research shows 1 in 3 dementia cases are preventable if diagnosed before permanent and irreversible brain damage occurs.

Altoida’s digital biomarkers harness advances in technology to detect brain changes early in the disease process, helping to accelerate early diagnosis for better clinical outcomes. Using an iPad or a Tablet accelerometer, gyroscope and touch screen sensors, Altoida is able to detect “micro-errors” as both a prognostic and diagnostic digital biomarker. The result is that medical professionals are able to detect Alzheimer’s disease in patients 62+ years old between six and ten years prior to the onset of symptoms – and before irreversible damage occurs.

“As the world’s effort to introduce meaningful therapies for Alzheimer’s disease inches closer and closer to success, it is clear that the greatest benefit will come to those whose disease is detected at a very early stage,” said Jonathan L. Liss, MD, Director at Columbus Memory Center and Founder of Columbus Memory Project, who has been using Altoida’s technology since September 2018. “The Altoida Neuro-Motor Index (NMI) device offers an ingenious way in which to detect early disease and track progression without prolonged cognitive testing, tissue sampling, or radiologic intervention. The Altoida NMI device is a welcome advancement to the field of cognitive health.”

“Altoida has the potential to be a ubiquitous Alzheimer’s screening and monitoring tool that is safe, effective and leads to better patient outcomes, and as rolled out more broadly, could significantly lower health care costs,” said Philipp Stauffer, Co-Founder and Managing Director at FYRFLY Venture Partners. “Unlike other detection solutions that collect passive data or only focus on a single behavior, Altoida collects a wide range of ‘active’ digital biomarkers as the patient is moving and completing tasks. They’ve amassed a vast dataset that not only helps them diagnose Alzheimer’s with unprecedented accuracy, but is tremendously valuable for ongoing research.”

Collected over the last 12 years, Altoida also offers its comprehensive digital biomarker dataset to researchers and major pharmaceutical companies who want to leverage pre-symptomatic data to enhance both treatment and drug R&D. Today, the company is working on two joint research collaborations with large pharmaceutical companies in both the United States and Japan.