Allergan’s CoolSculpting gets FDA nod to treat area below jawline

Allergan has secured approval from the US Food and Drug Administration (FDA) for its CoolSculpting treatment to treat the submandibular area. 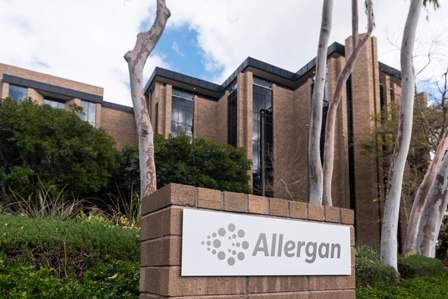 In addition, the FDA clearance was expanded to include patients with a BMI of up to 46.2 when treating the submental and submandibular areas.

This recent clearance makes CoolSculpting the first and only nonsurgical fat reduction treatment to contour the area below the jawline and improve the appearance of lax tissue in conjunction with submental fat treatments.

“This new indication to treat the submandibular area underscores Allergan’s dedication to research and innovation within the body contouring category.”

The efficacy of the CoolSculpting treatment in the area right below the jawline was proven in a 22-week clinical study, which demonstrated an average 33 percent reduction in fat layer thickness after two treatments.  Additionally, an average 85 percent patient satisfaction rate was reported across three studies.

CoolSculpting is a non-surgical, clinically proven treatment that selectively reduces unwanted fat using a patented cooling technology. Cleared by the FDA, CoolSculpting works by gently cooling targeted fat cells in the body to induce a natural, controlled elimination of fat cells without affecting surrounding tissue, and the treated fat cells are gone for good.

In the U.S., the CoolSculpting procedure is FDA-cleared for the treatment of visible fat bulges in the submental and submandibular areas, thigh, abdomen and flank, along with bra fat, back fat, underneath the buttocks (also known as banana roll) and upper arm. It is also FDA-cleared to affect the appearance of lax tissue with submental area treatments.

During the procedure you may experience sensations of pulling, tugging, mild pinching, intense cold, tingling, stinging, aching, and cramping at the treatment site. These sensations subside as the area becomes numb. Following the procedure, typical side effects include temporary redness, swelling, blanching, bruising, firmness, tingling, stinging, tenderness, cramping, aching, itching, or skin sensitivity, and sensation of fullness in the back of the throat after submental area treatment. Rare side effects may also occur.