The new-generation RhinAer Stylus, developed based on feedback and collaboration with the otolaryngologists, comes with a slim shaft and tip for improved visualisation and access, along with multiple enhancements simplifying its use 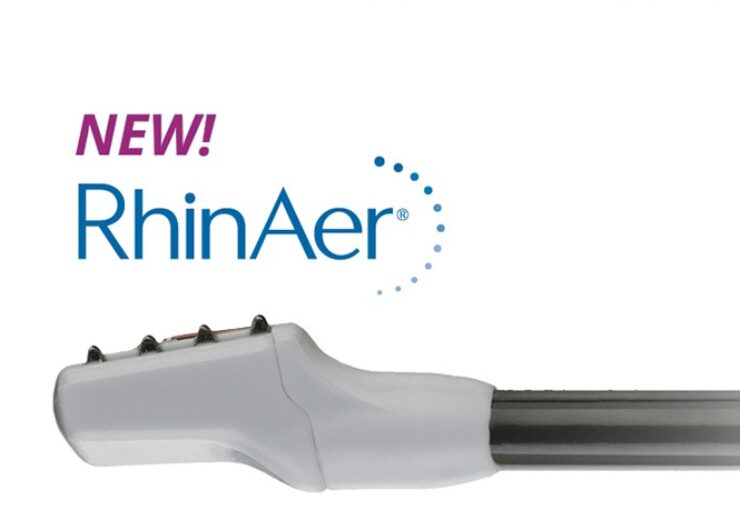 The new-generation RhinAer is said to provide physicians with improved visualisation, easy access and tissue apposition, particularly in patients with narrow nasal airways.

Also, it is available for preview at the annual meetings of American Rhinologic Society (ARS), and at the American Academy of Otolaryngology-Head and Neck Surgery (AAO-HNSF), said the company.

Aerin Medical CEO Matt Brokaw said: “As a company that is committed to innovation, Aerin Medical relentlessly strives to meet the needs of physicians and their patients.

“We listened closely to the otolaryngology community in developing the new RhinAer. Based upon our discussions, rigorous testing and physician feedback, we are confident that the next-generation RhinAer stylus enhancements will be well-received.”

Aerin Medical said that the updated version of the RhinAer Stylus has been developed based on feedback and close collaboration with the otolaryngologists.

The new-generation stylus comes with a slim shaft and tip for improved visualisation and access, along with multiple enhancements to simplify its use.

In addition, its modified tip tilts backwards 10 degrees, and the shaft is more malleable, facilitating easier tissue apposition during procedures.

Aerin claimed that its RhinAer technology has been clinically validated in several clinical studies to treat chronic rhinitis symptoms.

In a recent clinical study of RhinAer, 88.2% of patients positively responded to treatment, with improvement in chronic rhinitis symptoms compared to baseline.

Randall Ow, an otolaryngologist from Sutter Health in Sacramento, California, was the first physician to treat the first patient using the new-generation device.

“This newer generation RhinAer allows me to confidently treat multiple target areas, in the office setting, even in very challenging anatomy.”