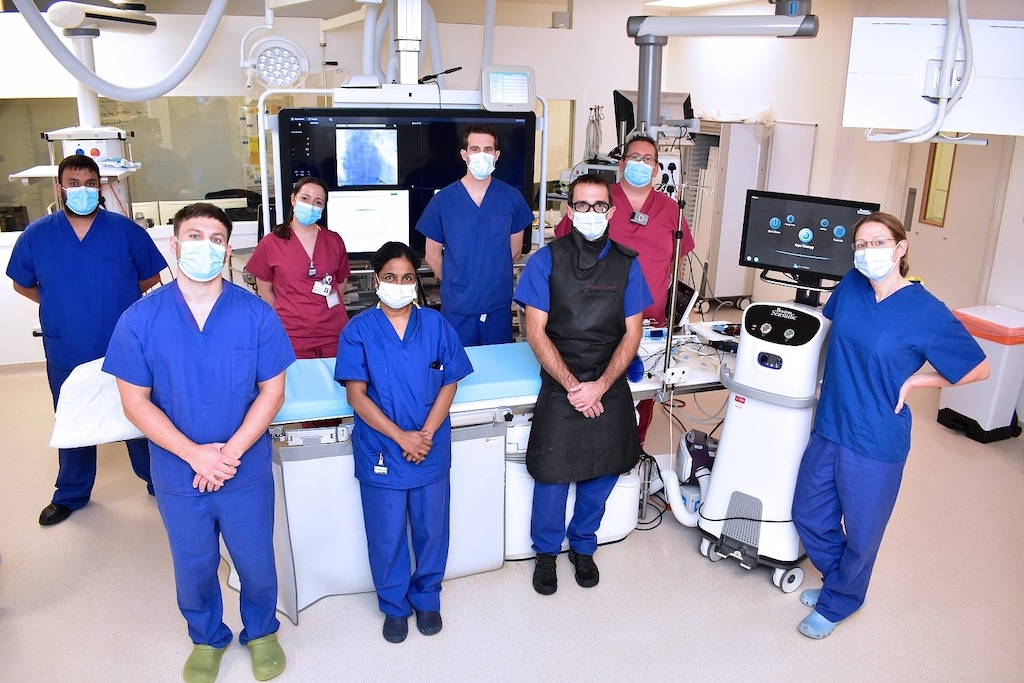 A new device made by Boston Scientific for the ablation of heart tissue to treat atrial fibrillation has proved successful in nine patients at Royal Papworth Hospital, part of the UK NHS Foundation Trust.

The technique is being trialled at the hospital for patients with paroxysmal atrial fibrillation, a condition that leads to sudden outbursts of the condition as opposed to persistent palpitations.

As opposed to the usual ablation procedure, which uses heat to disable the faulty heart tissue, the cryoballoon catheter device from Boston Scientific uses temperature below -40º to -60º Celsius – a press release from Royal Papworth explains why.

“This new generation of devices differ from previous technology by reducing the time the procedure takes, enabling more patients to be treated safely and successfully as day cases in our day ward, rather than needing overnight stays in hospital,” it said.

“Patients also sometimes need multiple ablations, so it is hoped that the new device from Boston Scientific will offer significant refinements and improvements over previous cryoballoon ablation technologies to more effectively target the problematic tissue within the heart at the first attempt.

According to the hospital, by the end of the first week, the multidisciplinary team had delivered a total of nine successful ablation procedures for atrial fibrillation patients with the POLARx balloon.

Royal Papworth is one of the centres leading the multi-national POLAR ICE study that aims to demonstrate the safety and efficacy of this form of ablation.

The cardiac rhythm management team at the hospital performs ablations for more than 600 patients each year, making it one of the largest volume centres in the UK.