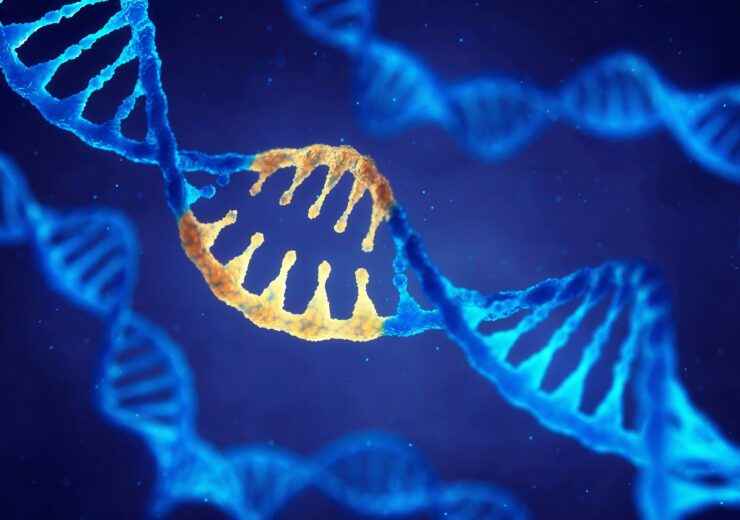 4D materials can change their shape when exposed to certain stimuli, such as water or light (Credit: Shutterstock)

An American research team has developed new 4D, hydrogel-based materials that change shape in response to certain stimuli – and believes they could be a “next generation” innovation in the bioengineering of human tissue and organs.

These unique substances, created by scientists at the University of Illinois at Chicago (UIC), can curl up and form tubes upon coming into contact with water.

This characteristic makes them “excellent candidates” for bioengineering human blood vessels and other tubular structures in the body.

And, unlike many other 4D materials – three-dimensional materials that change shape over time when exposed to certain stimuli – the hydrogel-based scaffolds created by the researchers are both cell-compatible and biodegradable, giving them even greater potential in the field of advanced tissue engineering.

In a paper published in scientific journal Advanced Functional Materials, the UIC team stated that these scaffolds swell as they absorb water, and this swelling can be manipulated by altering certain aspects of the hydrogel material’s makeup.

Not only does this mean the scaffold can curl into a ‘C’ shape – forming a circular, tube-like structure if it bends far enough – but the Chicago-based researchers also found it’s possible to control the timing, and the extent, of the shape change that occurs.

They even described how they were able to embed bone marrow stem cells into the hydrogel at “the highest density of cells ever recorded for 4D materials”, and keep them alive.

This meant they could induce the hydrogel scaffolds to form bone- and cartilage-like tissues – an advancement in bioengineering holding significant potential for real-world, practical applications.

Yu Bin Lee, a biomedical engineering postdoctoral researcher at UIC and first author on the paper, said: “Using our bilayer hydrogels, we can not only control how much bending the material undergoes and its temporal progression, but – because the hydrogels can support high cell densities – they more closely mimic how many tissues form or heal naturally.

“This system holds promise for tissue engineering, but may also be used to study the biological processes involved in early development.”

Why new materials are required in bioengineering tissue

In nature, embryonic development and tissue healing often involve a high concentration of cells, and complex architectural and organisational changes, that ultimately result in the tissue’s final morphology and structure.

In tissue engineering, traditional techniques have involved, for example, culturing biodegradable polymer scaffolds with cells in biochambers filled with liquid nutrients that keep the cells alive.

Over time, when provided with appropriate signals, the cells multiply in number and produce new tissue that takes on the shape of the scaffold as the scaffold degrades.

One example of this can be seen in an ear-shaped scaffold, seeded with cells capable of producing cartilage and skin tissue, which may eventually become a transplantable ear.

However, a geometrically static, 3D scaffold can’t enable the formation of tissues that dynamically change their shape over time, nor can it facilitate interactions with neighbouring tissues that change shape.

The high density of cells required in tissue growth and healing is also typically not used, or supported, by existing scaffolds.

This is why the 4D, gelatin-like hydrogel scaffolds developed by the UIC researchers hold such promise. Not only are they able to change their shape when exposed to water, but they have also been shown to support very high densities of cells, and can therefore be heavily seeded.