New bacteria-based production technique: ‘It’s like having billions of tiny 3D printers that fit inside a bottle’ 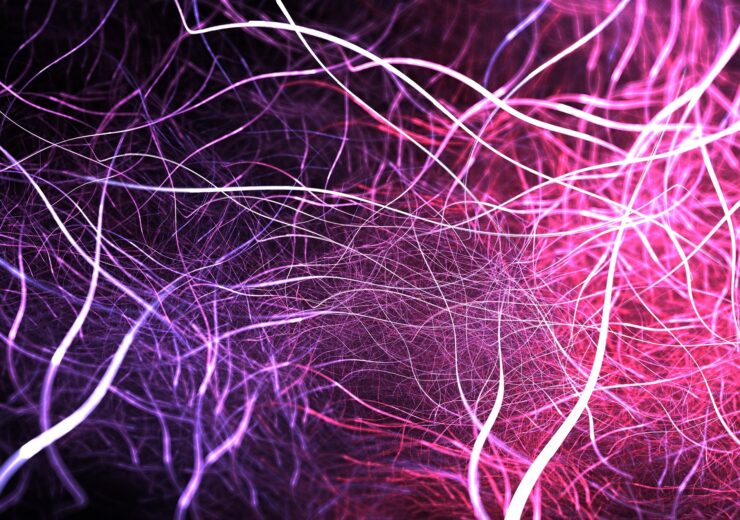 The nanocellulose fibres used by the research team have a diameter a thousand times thinner than a human hair (Credit: Jurik Peter/Shutterstock)

The team from Aalto University, Finland, were able to guide the growth of bacterial colonies with a strongly water repellent mould, and create three-dimensional nanocellulose structures ranging from one-tenth of the diameter of a single hair to 20cm in width.

Unlike fibrous objects made through current 3D printing methods, this new technique allows fibres with a diameter a thousand times thinner than a human hair to be aligned in any orientation – even across layers, and various gradients of thickness and topography.

Because these physical characteristics are crucial for materials used in the growth and regeneration of certain types of tissues found in muscles, as well as in the brain, the breakthrough could open up new possibilities in tissue regeneration.

The nanofibre objects do not cause adverse reactions when placed in contact with human tissues, and could therefore also be used as scaffolds to replace damaged organs.

Other potential medical applications, according to the Aalto University researchers, include growing realistic models of human organs for training surgeons and improving the accuracy of in vitro testing.

Luiz Greca, a doctoral student at the university, said: “It’s like having billions of tiny 3D printers that fit inside a bottle.

“We can think of the bacteria as natural microrobots that take the building blocks provided to them and, with the right input, create complex shapes and structures.”

Professor Orlando Rojas, who led the research group, said: “It’s really exciting to expand this area of biofabrication that takes advantage of strong cellulose nanofibres and the networks they form.

“We’re exploring applications for age-related tissue degeneration, with this method being a step forward in this and other directions.”

Once placed in a strongly water repellant, or ‘superhydrophobic’ mould with water, and nutrients including sugar, proteins and air, the aerobic bacteria used by the researchers was able to produce nanocellulose.

The superhydrophobic surface essentially traps a thin layer of air, inviting the bacteria to create a fibrous biofilm to replicate the surface and shape of the mould.

Over time, the biofilm grows thicker and the subsequent nanofibre objects become stronger.

In both nature and engineering, superhydrophobic surfaces are designed to minimise the adhesion of dust particles, as well as microorganisms, and this may present new possibilities for using strongly water repellent surfaces to precisely produce naturally manufactured materials.

As the bacteria can either be removed or left in the final material, the 3D objects produced can also evolve as a living organism over time.

The findings may therefore provide “an important step” towards harnessing full control over bacterially-fabricated materials.

Dr Blaise Tardy of Aalto University’s Department of Bioproducts and Biosystems said: “Our research really shows the need to understand both the fine details of bacteria interaction at interfaces and their ability to make sustainable materials.

“We hope that these results will also inspire scientists working on both bacteria-repelling surfaces and those making materials from bacteria.”