Nathan Sharp of Maxim Integrated looks at the popular physical, chemical and radiation sterilisation methods in production use today, explores the benefits and concerns of each of the new technologies being supplied by integrated circuit manufacturers, and explains how to overcome the barriers some of these sterilisation methods can pose for electronic devices. 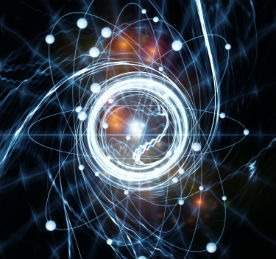 A variety of methods exist to address the sterility needs of the medical industry. These can be grouped together as higher-temperature physical methods, and lower-temperature chemical and radiation alternatives. These ensure that devices making contact with aseptic tissue or the vascular system, or non-intact skin or mucous membranes, are suitably sterilised to prevent the transmission of disease. For a medical device, sterilisation is the process of reducing pathogenic organisms that lead to disease from the device’s surface. Devices that penetrate an already aseptic part of the human body represent a high risk for disease transmission and therefore have a defined low sterility-assurance level (SAL) requirement of at least a one-million-to-zero reduction in these microorganism populations. This target is not measured in practice; rather, it represents a probability estimate of the remaining viable organisms after sterilisation. While each method has pros and cons, all can meet this SAL requirement.

Multiple physical sterilisation methods exist – steam, flash steam and dry heat, for example – but the use of high-temperature steam and pressure through a device called an autoclave represents the predominant method for devices that can tolerate it.

Due to the low cost, ease of implementation, non-toxicity and overall effectiveness, autoclave is the most commonly used method for medical device sterilisation. Autoclaves achieve sterilisation through a pressurised vacuum chamber that then exposes the target items, through product packaging or wrappings, to high-temperature steam and pressure over a period of time.

Although temperature and time can vary based on the material of the item, such as metal versus rubber or plastic, and whether the target items are packaged or wrapped, the two common temperatures are 121 and 132°C, with a four to 30-minute exposure time and an additional 30 minutes or less needed for drying.

Radiation has become the preferred large-scale production sterilisation method for many leading manufacturers.

It is the prolonged exposure to moist heat that destroys microorganisms by the irreversible coagulation and denaturation of enzymes and structural proteins, while the presence of pressure accelerates the process. With pre-cleaning and adherence to the temperature and pressure cycle, an autoclave can inactivate all viruses, bacteria, fungi and protozoans.

Autoclave is suitable for use on devices that are adequately resistant to the steam, elevated heat and pressure employed such as reusable surgical instruments, respiratory therapy and anaesthesia equipment.

However, for some electronic devices, the elevated heat can be of concern even if the device is already suitably packaged to protect against moisture. Specifically, batteries exposed to high temperature can have their lifetimes reduced. Further, memory devices that use floating-gate technologies can be sensitive to high temperatures. Due to this sensitivity, memory devices intended to endure multiple passes through an autoclave may need to have their stored data periodically reprogrammed in order to restore the full charge on the floating gates to allow continued reuse. However, such data degradation should not be a concern if a device’s data sheet specifies data retention as ten years at 125°C or higher.

As chemical methods, these all work similarly: three to five process stages – for example, preconditioning, exposure and aeration – with a requirement that the target device’s packaging be permeable in order to allow exposure of the sterilising gas to the device’s surface. ETO is the predominant chemical method for production sterilisation of medical devices with embedded electronics.

ETO is an alkylating agent that disrupts the proteins, DNA and RNA of microorganisms, effectively preventing them from growing or multiplying on the surfaces being exposed. The cycle consists of five stages – temperature preconditioning and humidification, gas introduction, exposure, evacuation and air washes – with a typical exposure time of two to three hours at temperatures of 37-63°C.

After exposure, the process requires an additional eight to 12 hours at 60°C for mechanical aeration of the toxic residue. Although ambient room outgassing is possible, it is not used, as it takes up to seven days. As with all chemical methods, ETO has a complicated validation process requirement. Microbiological testing post-aeration is commonly conducted before the product is released to ensure the SAL target was achieved.

For devices sensitive to steam or radiation sterilisation methods, ETOis an effective alternative. However, there are downsides that should be considered. From an electronic-device perspective, the vacuum associated with the evacuation and aeration stages may not be acceptable for devices with embedded batteries. Beyond this, the gas itself is carcinogenic and highly explosive, and the multiple stages for preconditioning, evacuation, quarantine aeration and validation represent a significant addition to an OEM’s time to market over autoclave and radiation.

Since the introduction of gamma irradiation, radiation has become the preferred large-scale production sterilisation method for many leading manufacturers of medical devices that are not overly sensitive to radiation exposure, such as syringes, needles and catheters. This is due to the versatility, reliability and affordability that radiation offers over alternative low-temperature chemical methods. However, ionising radiation is not an FDA-cleared option for direct use in healthcare facilities and is generally conducted by off-site contract processors.

Gamma irradiation uses a radioisotope source to emit high-energy photons that break the covalent bonds of essential cell constituents such as enzymes and DNA, resulting in the direct death of the microorganisms or removing their ability to reproduce. The process involves loading the product into carriers, with no concerns over special packaging, package density or preconditioning requirements given the high penetration and wide emission angles of gamma rays. The totes are conveyed through a heavily shielded chamber to be exposed to the radiation source from multiple angles over a period of time.

Total exposure time is typically less than three hours in most processing facilities, with no further processing, such as aeration, quarantine or validation, required due to no residual radioactivity concern. Confirmation of the level of exposure is recorded by dosimeters included with the carriers. Given the lack of residual radioactivity, the product can be immediately shipped out to the customer post-exposure, leading to a shorter time to market over physical and chemical methods.

In addition to the effects gamma radiation has on living cells, it may have adverse effects on polymers, like PVC, and semiconductors. Some polymers can either harden or become brittle due to exposure, while other effects include discolouration. For semiconductors, the effect is dependent upon the dosage level and exposure rate. In the extreme, a total ionisation exposure greater than 50Gy received within seconds to minutes can directly degrade semiconductor materials. However, this rate is greater than the capability of a typical gamma source such as Cobalt-60.

With gamma, the primary concern for semiconductors is charge build-up and the adverse effect on non-volatile memories that use floating-gate technology – PROM, EEPROM and flash. Exposure to irradiation even at low levels can lead to N or P-channel MOS gate-source threshold voltages to shift up or down while inducing significant increase to leakage currents between the gate insulator, and between source and drain terminals. In turn, these may then lead to the device temporarily failing immediately after exposure.

For non-volatile floating-gate memories, this same level of exposure can randomly scramble or erase programmed data, making these types of memories incompatible for supporting factory programming prior to exposure to gamma sterilisation. For this reason, applications requiring factory-programmed data prior to production sterilisation – identification, manufacturing characteristics or operating parameters, for example – compatibly designed devices like a user-programmable non-volatile memory resistant to gamma’s adverse should be considered.

E-beam sterilisation uses a concentrated stream of electrons generated by an accelerator comprised of a cathode, grid and anode gun assembly. This gun is targeted and variably focused through a magnetic optical system, allowing either a continuous or pulsed beam. A conveyor transports the target devices past the beam, where the resulting impact of exposure is similar to that of gamma in breaking down cellular DNA, leading to either the death of microorganisms or inability to reproduce.

The beam is narrow, however, and does not have the same level of penetration as gamma, so package density and exposure angle must be considered, making E-beam more suitable for low-density, uniform products like small sensors, cables and catheters. Additionally, due to the extremely high dose rate of E-beam, sterilisation can be achieved in seconds or minutes, making it the fastest option available, though exposure must be strictly timed in order to avoid excess heat build-up or other adverse effects on the material.

In addition to the effects gamma radiation has on living cells, it may have adverse effects on polymers, like PVC, and semiconductors. Some polymers can either harden or become brittle due to exposure.

Although not as benign to materials as ETO, E-beam does have better compatibility, with fewer ageing effects to some polymers than gamma due to the reduced exposure time. However, if timing is not controlled, the high energy output of E-beam can induce heating that may still lead to damage of materials. With regard to electronics, E-beam shares the same concerns of internal charge build-up and incompatibility as gamma irradiation. Therefore, as with gamma irradiation, E-beam sterilisation can be used with medical applications when compatibly designed semiconductor devices are used.

There a variety of methods availableto achieve requisite medicial device sterilisation. Each has its own benefits and concerns that should be considered against a product’s characteristics, density, packaging, volume and time-to-market target.

For these applications, compatibility with the sterilisation method and available supporting semiconductor solutions should be considered and planned for early in development to ensure the optimum method is used to ensure the success of the final product application.