Heart failure remains the leading cause of mortality in the US, but each development of the ICD has improved health outcomes for patients 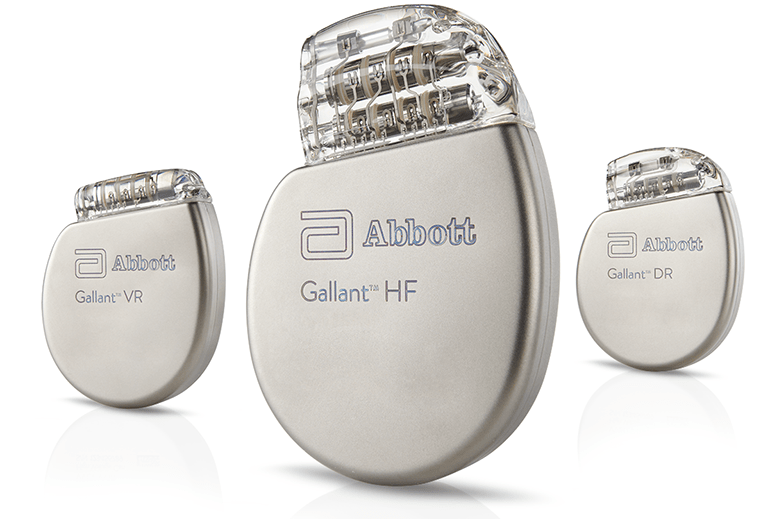 The Gallant ICD from Abbott is the latest development in the long history of heart failure devices (Credit: Abbott)

Some organs are more expendable than others, with many people living full and healthy lives with one kidney or even a single lung – but the heart is a whole different ball game, and its propensity for failure is why the implantable cardioverter-defibrillator (ICD) was invented.

According to the Centers for Disease Control and Prevention (CDC), heart disease has consistently been the leading cause of death in the US, killing an estimated 655,000 Americans annually.

The American Heart Association estimates that 121.5 million US adults, 48% aged 20 and older, have at least one form of heart disease, with 9% of this total reporting that they’ve suffered coronary heart disease, heart failure or stroke.

For those with heart failure or coronary heart disease – which ultimately leads to the former – an ICD can be the difference between life and death.

Here we take a look the device that can correct life-threatening arrhythmias and how the next generation of it is improving the lives of those suffering from heart failure.

The inventor of the first ICD, Dr. Michel Mirowski, implanted it in a patient for the first time in 1980, but at the time there were contrasting opinions on its ethicality as an alternative to anti-arrhythmic drugs.

The device was so bulky – weighing in at 280g – that it had to be implanted in the abdomen with leads attached to electrode patches that attached to the heart in a surgical procedure that had a high complication rate with less-than-ideal morbidity and mortality.

In order to qualify for implantation, patients also had to have survived a life-threatening ventricular arrhythmia, such as fibrillation or tachycardia.

But in three early studies the ICD showed enough promise – a 28% reduction in mortality risk and a 50% reduction in arrhythmic death according to one meta analysis – that it started being used as the primary tool for at-risk patients who hadn’t experienced a life-threatening arrhythmic event.

What came next was a series of engineering adaptations that have resulted in the small, highly programmable device that can today be inserted under a subcutaneous fat layer in the chest – a much less invasive, less risky surgery with a quicker recovery time.

The device implanted in the 1980s, called the automatic implantable cardiac defibrillator, was designed only to recognise and terminate ventricular fibrillation by delivering a high-energy shock.

Early devices based on this model could not detect unstable ventricular tachycardia, which could degenerate into fibrillation.

Due to the fact that they lacked this programmability, separate pacemakers were required for pacing in the case of patients with bradycardia (slow heartrate), leading to dangerous interactions between both technologies.

While the second generation of ICD devices addressed the pacing issue by building the capability of a pacemaker into the one device, the programmability was still poor, meaning they still couldn’t detect tachycardia and terminate it with a shock before it turned into fibrillation.

It wasn’t until the early 1990s that this was reconciled, and further developments have established antitachycardia pacing as the primary use for ICDs, with the defibrillation capability there as a last resort.

Along the way, promising developments were made in the study of cardiac resynchronisation therapy (CRT) – a a technique which corrects dyssynchrony in left ventricular function inherent in advanced heart failure.

The result was the CRT-D device, otherwise known as a biventricular ICD, which is capable of bradycardia pacing, antitachycardia pacing and a defibrillatory option in one
single device – although attacking heart failure on all three of these fronts tends only to be needed in the most severe cases.

This year, medical device manufacturer Abbott made a significant step in the development of ICD devices by releasing the Gallant ICD and CRT-D products.

Both devices not only use its patented MultiPoint Pacing approach, which paces the heart by sending pulses through several areas of the left ventricle – a technique the company proved in studies increases resynchronisation – but they also incorporate Bluetooth monitoring.

Both devices can connect to Abbott’s myMerlinPulse smartphone app so that physicians can monitor their patients for asymptomatic events, and patients can notify their doctors when they are feeling something abnormal.

Patients can also access the app to see what data their physician is receiving, how their device is functioning and when they should schedule regular appointments.

Dr. Mohamad Sinno, a cardiac electrophysiologist with the St. Elizabeth Heart & Vascular Institute, implanted the device in a patient in October 2020 at St. Elizabeth Edgewood in the US state of Kentucky, marking the first implantation of a Bluetooth-enabled ICD.