The multiple uses touted by the proponents of graphene, compared to the real-life applications seen thus far, is perhaps the greatest recent example of overpromising and underdelivering in the world of innovation. Researchers are still finding ways the material and its derivatives could improve aspects of the medical profession, yet the problem of producing it at scale on a cost-friendly basis has kept it from fulfilling this potential. Mae Losasso speaks to Dr Chris Sorensen, Kjirstin Breure of HydroGraph and Dr James Tour, professor of organic chemistry and nanotechnology at Rice University in Houston, about their respective graphene production methods and why they’re optimistic for the material’s future. 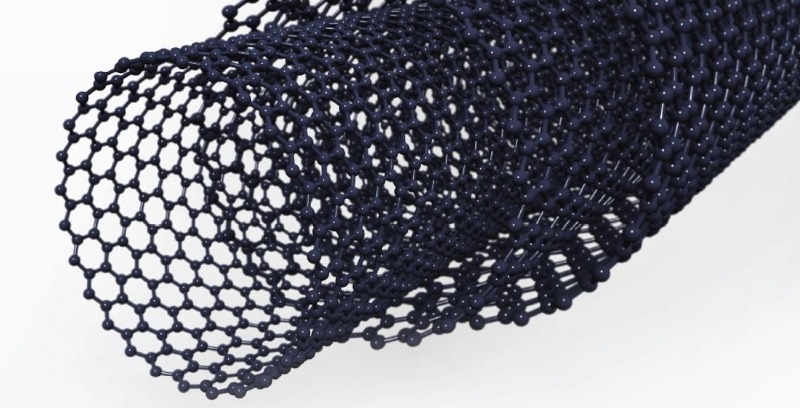 Rumour has it that, in the 1860s, Napoleon III reserved a special set of aluminium cutlery for his most distinguished guests. Because of the effort required to manufacture the metal at that time, aluminium was almost as precious as gold. But then, in 1886, two scientists chanced upon a process that led to the metal being produced on an industrial scale.

The method involved the dissolution of aluminium oxide in the aluminium compound cryolite in order to lower its extremely high melting point (over 2,000°C) to something more manageable (900–1,000°C). The mixture was then heated rapidly using electrolysis until molten aluminium could be extracted. It is Dr Chris Sorensen, vice-president of R&D at HydroGraph, who explains the tales of Napoleon’s cutlery and the mass production of aluminium in the 19th century, using it as an analogy to track the trajectory that graphene is currently on.

Graphene was first discovered in 2004 by scientists Andre Geim and Konstantin Novoselov, who jointly won the Nobel Prize in Physics for the find in 2010. Consisting of one-atom-thick layers of carbon, arranged in two-dimensional hexagons, graphene is one of the thinnest, strongest, and hardest materials in the world – giving it many potential applications. Yet, for the last decade or so, graphene has remained largely that: a potential. Although the material itself had been discovered, the question remained as to how it could be manufactured at scale, economically and with repeatable quality. But all that is about to change – or so Sorensen believes. “I came upon graphene, not as a graphene person. I was trying to do something else,” he explains. While studying the formation of fractal aggregates and trying to create an aerosol gel, he filled a chamber with acetylene and oxygen. “I detonated it with a spark plug and after the detonation, I had a cloud of smoke,” he recalls. “A couple of minutes later, when I opened the chamber […] we had a very dark, black, angel food cake – something that I call an aerosol gel. I was really quite pleased with that.”

Serendipity was in the soot-stained air. When Sorensen and his team looked under the electron microscope, he realised that the soot was not in the typical little round balls of amorphous carbon – they were little flakes. Sorensen had created graphene – but he was reticent to get swept up in the hype that surrounded this novel material. He took a low-key approach, moving slowly to be sure that what he had produced was the genuine article. When the patent finally came through in 2016, it became clear that Sorensen had hit upon a remarkable process.

“It’s simple”, he explains. “All you’ve got to do is put hydrocarbon gas and oxygen in a chamber and ignite it with a spark. And notice it’s exothermic, not endothermic. In every other process to make graphene, you have to add energy to your precursor materials, you have to cook them in some manner or another – either chemically or electronically, or whatever – to force the materials to turn into the graphene. Our materials do it all by themselves; the precursors bring their energy with them.” This means Sorensen’s approach is not only environmentally benign, but also economically viable on a large scale – all it requires are the right gases. “Right now,” Sorensen explains, “we use either acetylene or ethylene – these are industrially available gases – and oxygen, which is easy to obtain.”

Sorensen and the team at HydroGraph (the company established to commercialise his detonation process) are well aware that they are not alone in their endeavour. As Kjirstin Breure, president of HydroGraph, explains: “We’re not the only company that has effectively solved standardised production – there are other companies who are producing very high quality and consistent graphene […] The industry at large is improving.”

One such company is Universal Matter Inc., who’s commercial method is based on the Flash Joule Heating (FJH) process discovered by Dr James Tour, professor of organic chemistry and nanotechnology at Rice University in Houston. “Graphene is generally made by pulling graphite sheets apart,” Tour explains, “which is energy intensive and damages the graphene sheets; or by building the graphene sheets one atom at a time, which makes high-quality graphene sheets but on a miniscule scale.

“So, the industry must sacrifice quality for quantity, and both methods are very expensive ($60,000– $200,000 per ton). Our method of Flash Joule Heating is able to produce very high-quality graphene sheets, in bulk quantities, synthesised within seconds.”

Quick as a flash

Unlike Sorensen’s process, FJH is endothermic, operating on the highly efficient conversion of electric current directly into thermal energy when it passes through a resistor. Yet, as Tour notes, “unlike other methods for synthesising graphene, which require highly pure gases, graphite, large amounts of solvent, or very hot furnaces, our method uses no solvents, furnace or reactive gases.” Key advantages to this method, as Tour outlines, include: “scalability, ability to convert waste materials into graphene, high efficiency and low impacts”. What is more, Tour notes, “our method was determined to use 80–88% less energy, 93–97% less water and emits 80–85% less greenhouse gases to synthesise one kilogram of graphene, as compared to current graphene production methods.” Already, Tour says, “Universal Matter is scaling the FJH process to be able to produce tons of graphene per day.”

In fact, as Tour explains, graphene is already being used at scale in some industries. “Ford Motor Company has included graphene in all of their late-model cars in the form of a polymer reinforcing agent – so, grapheme could be sitting in your driveway! Other industries, such as flexible electronics, rechargeable batteries and more, may soon leverage graphene on a truly industrial scale.” But what about the medical field? “Even for simple medical research, much less novel materials, it takes an average of 17 years to reach clinical application and practice – and graphene research only began in earnest 18 years ago”, Tour says. “Medical application of new materials is extremely difficult and time consuming, and has been hampered by struggles of graphene production and quality”. Nevertheless, he’s confident that we will begin to see graphene being used to strengthen medical composites – like bone implants.

Sorensen also has hopes for the future of graphene in the medical field. He has been working with organic chemist, Dr Stefan Bossmann, to transform HydroGraph’s graphene into what they call “reactive graphene”. It’s a form of graphene oxide in which the surface of HydroGraph’s multi-layer graphene is oxidised, while the in-between layers maintain their graphene integrity. Bossman has collaborated with Hawkeye Medical, Sorensen explains, who have “put protease molecules onto the surface of our graphene. These molecules can detect cancer by a fluorescent technique. It’s not graphene, per se”, he says, “it’s the reactive graphene that allows us to attach these biomarkers to the surface of the graphene […] And once you’ve got reactive things of an organic nature, then all of organic chemistry lies at your feet. The sky’s the limit.”

As for the future of graphene, Sorensen is looking to plastics. Using graphene, he says, “we will [be able to] augment plastics to make them even stronger. And, of course, lightweight plastics are half the density or less than aluminium. So why not have plastic airplanes someday?” Tour is also optimistic about graphene strengthening existing materials. “The use of graphene as a composite additive is amazing,” he says. “For example, adding 0.1g of our flash graphene to 1kg of cement can increase its strength by 35%. This can allow for the use of less cement, one of the single largest sources of greenhouse gases. We have also tested the use of flash graphene in plastic composites, epoxy and more, with great increases in strength.”.

For now, the task remains to get high-quality graphene off the ground and out into the world at scale and HydroGraph’s Breure is confident this will happen in the next few years. “We’re really at the cusp of this changing,” she says. It’s an exciting brink to be on, and one that will undoubtedly have huge ramifications in the medical field, but just how huge, remains for the innovators to imagine.