Transvaginal meshes may be a preferable alternative to surgery for some women, but reports of their damaging effects on patients’ health have been worryingly prevalent in recent years. Sophie Peacock speaks to Dr Blayne Welk, a urologist practicing in Canada, about the increasing medico-legal concerns regarding meshes, and whether medical device companies can avoid such regulatory failures in the future. 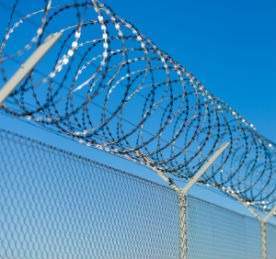 In 2015, Kath Sansom from Cambridgeshire, UK, had a mesh bladder sling implanted to combat postnatal incontinence – a procedure she was told would be low-risk and minimally invasive. Sansom was left feeling "like the unwilling victim of a cruel experiment that has gone horribly wrong", requiring strong nerve blockers to relieve her pain and barely able to go out to take her dog for a walk. She went on to launch the campaign ‘Sling the Mesh’ in protest against these devices, which activists like Sansom say are too easily approved for use.

Transvaginal meshes have regularly been featured in the news in the past decade due to numerous stories of women who have experienced devastating complications from mesh implants, requiring continual pain management or multiple corrective surgeries.

The issues at play

There are two predominant medical issues that can affect women following transvaginal meshes: stress urinary incontinence (SUI) and pelvic organ prolapse (POP). POP and SUI can have big impacts on how women manage their daily lives, disrupting their routines and leading to – often embarrassing – health difficulties. These two conditions can be remedied with sling implants, in different ways: for treating stress incontinence, a small piece of mesh is placed underneath the urethra to support it; with pelvic organ prolapse, a much larger piece of mesh is placed to support the vagina.

The proportion of people actually having mid-urethral slings fitted has decreased over time, particularly around 2009 and 2010, when the warnings about their risks were reported.

A 2008 report published online by the US FDA, titled ‘Serious Complications Associated with Transvaginal Placement of Surgical Mesh in Repair of Pelvic Organ Prolapse and Stress Urinary Incontinence’, recommended questions that patients should ask their practitioners about the procedure, as well as guidelines for healthcare providers. The report was updated in 2011, citing further recommendations. But what measures are in place to ensure that meshes meet safety standards and are being thoroughly tested prior to distribution?

Women’s reluctance to seek treatment for SUI or POP may be caused by embarrassment presenting their problem to a GP, but may also be due to the increasing reports that regulatory authorities failed to properly test meshes before releasing them into the market. The website Drugwatch notes that "FDA did not require transvaginal mesh manufacturers to conduct studies on these products in humans before they were implanted", and that, as urogynaecologist L Lewis Wall wrote in an article in the American Journal of Obstetrics and Gynaecology, the ProtoGen mesh "had never been implanted in a human vagina prior to its clearance".

According to a recent MHRA report, FDA issued proposals in April 2014 to reclassify surgical mesh for transvaginal POP from a moderate-risk device (Class II) to a high-risk device (Class III), and to require manufacturers to submit pre-market approval (PMA) applications for the agency to evaluate safety and effectiveness.

So, what makes mesh implanting supposedly more beneficial than alternative methods of care? Traditional surgical treatment of stress incontinence involves making an incision on the abdomen and either harvesting a strip of the patient’s own vaginal tissue from the abdominal wall or placing sutures in the retropubic space behind the pelvic bone to hold up the bladder. Such procedures usually require a hospital stay and a prolonged recovery period. They are also associated with complications as a result of the necessary abdominal incision; as with any surgical procedure, fitting a mesh comes with the usual possibilities of bleeding and infection.

"Using mid-urethral slings to treat SUI is far less invasive," Welk says. "The mesh is put into an incision in the vaginal wall and then brought out through two little puncture holes, either in the groin or just above the pubic bone." Patients usually go home the same day and can often return to their regular daily activities within a matter of a week, as opposed to the four to six weeks of recovery required with surgery.

However, complications related to the placement of an SUI mesh can include erosion, exposure (when the jagged edges of the mesh erode through tissue) or organ perforation (when the mesh edges cut into or perforate nearby organs such as the bladder), which can all require surgery to repair; it is for these reasons that patients are continuing to seek legal representation. There is further danger of dyspareunia or painful intercourse from the mesh sitting in the walls of the vagina, and the risk of having trouble emptying the bladder or discovering overactive bladder symptoms. Perhaps most worryingly, there is a chance of chronic pain or fistula formation, which can also require surgical treatments.

The differences in complications between placing a transvaginal POP mesh and performing a traditional prolapse repair are not so distinct: both involve carrying out open surgery and therefore require similar recovery times. "The biggest difference would be a lower recurrence rate from mesh-based procedures, which is a big deal," Welk explains. "The majority of recurrences are asymptomatic, but they are fairly common. However, data only really shows reduced recurrence rate for a specific type of prolapsed – not necessarily for all repairs."

Treating POP requires a larger piece of mesh, and more problems with pain and dyspareunia tend to arise, in addition to the chances of problems with bowel movements or pain from the placement of the vaginal mesh arm.

The ability to prevent these potential side effects is complicated by the fact that POP meshes are extremely difficult to fully remove: the blood vessels and tissues grow around the mesh, requiring it to be removed in stages, one surgery at a time. "Removing prolapse meshing in its entirety is very difficult because of the way the arms are placed," Welk says. "When it’s used for suspension of the whole vaginal vault it can be very hard to remove and requires a transabdominal operation to try to remove it. This isn’t always a successful option for curing chronic pain." Sometimes, other remedies are appropriate to treat patients’ discomfort, such as oral medication or injection of local anaesthetics, as well as alternative or complementary therapies like massage therapy or transdermal electrical stimulation.

SUI slings use a very small piece of mesh and are implanted via the retropubic route or half behind the pubic symphysis. Usually an SUI sling can be removed in its entirety without too much difficulty, if it’s passed through the transabdominal route either side of the pelvis rather than behind the pelvic bone: a method that can require extensive surgery to execute.

Data in North America shows that the number of mesh-implanting procedures has decreased with time. "Almost 90% of women with SUI are treated with the mesh slings, and the alternative surgical options have largely been replaced by this method," Welk says. "That being said, the proportion of people actually having mid-urethral slings fitted has decreased over time, particularly around 2009 and 2010, when the warnings about their risks were reported."

Welk believes there is a large portion of women with SUI who either seek an opinion and decide to continue with conservative management, or who don’t come forward and never reach medical care. "There are surveys that indicate that anywhere between 20-40% of women may have occasional SUI, and obviously we’re not seeing anywhere near that quantity of women,"he explains. The question raised, then, is how can the healthcare industry combat not only the poor reputation of transvaginal meshes, but also the very real danger they can cause to patients’ health post-procedure?

New approaches to the sling are being made, as some companies have started producing mini slings: much smaller pieces of mesh designed to treat SUI, but with the intention of reducing the risk of chronic pain. Research is currently being carried out on possible orientations of the mesh lattice and the actual material that the mesh is made from, in order to optimise the characteristics of the sling as much as possible.

Welk predicts that there will be a shift in treatment of SUI back to traditional tissue-based repair, where tissues are sutured back together. "In terms of other things that can be done for stress incontinence, there are clinical trials going on using stem cell injections into the urethra," he says. "But this will likely be a pretty costly option for women, and its applicability in the healthcare system will therefore be pretty challenging."

Developing safe and well-tested treatments for SUI and POP is a growing pressure for the medical industry and FDA, if the number of women seeking treatment – and receiving it without damaging consequences – is expected to increase.