In 1958, the first pacemaker fully embedded in the human body began its work. No one believed the technique would be a success. But today, in Germany alone, about 130,000 patients each year receive such an implant, giving them a significantly improved quality of life. CEO of IVAM Thomas Dietrich explores the future of this pioneering technology. 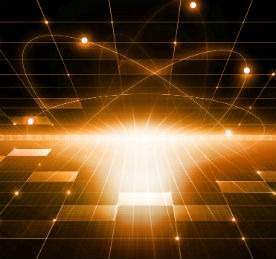 More high-tech products are constantly finding their way into medicine. In an aging society in which chronic diseases are a growing factor in the health system, technical aids are necessary to preserve quality of life while keeping costs within reasonable limits. Ambient assisted living (AAL), for example, allows people to maintain a standard of living that might otherwise be unattainable. In AAL buildings, integrated systems and mobile sensors measure important vital signs, determine disease-related irregularities and alert users to critical situations.

But these systems can only measure, remind and warn: they are not used for the necessary therapy itself. Microelectronic implants here play a pioneering role, able to detect specific medical parameters and immediately take autonomous therapeutic measures, combining diagnosis and treatment in one single system. Intelligent implants – or ‘implantable electronics’, as they are sometimes known – comprise sensors, actuators and signal processing. They are among the most technically sophisticated medical devices currently available across research, development, production, quality control and approval processes.

Interdisciplinary collaboration between doctors, engineers, materials scientists, biochemists, microtechnologists and other key players is critical to the success of implantable electronics. This is true not only for the development of the products themselves, but also, for example, during the subsequent production process. Specialised high-tech companies in particular play a major role: in most cases, medical equipment manufacturers do not have the expertise and capacity to manufacture microelectronic components for implants themselves.

European Directive 90/385/EEC describes an ‘active implantable medical device’ as any device that is intended to be totally or partially introduced, surgically or medically, into the human body, or by medical intervention into a natural orifice, and is intended to remain after the procedure. Within this definition, an ‘active medical device’ is any medical device whose function relies on electrical energy or any source of power other than that directly generated by the human body or gravity.

The markets for implantable electronics are huge. The global market for pacemakers and implantable defibrillators is approximately €8 billion, and is growing at 10% a year. Cochlear implants are used by more than 200,000 patients worldwide. Endemic diseases, diabetes, cardiac and renal failure, hearing disorders, and neurological diseases are seen in over 350 million individuals – of which about 20 million can be found in Germany. Demand is therefore high, and new technologies are rising to meet it.

In order to develop implantable electronics, various aspects have to come together: miniaturisation of functions, long-term stability, chip technology, integrated power supply, sterilisation and telemetry. Modern methods in microsystem technology and nanotechnology must be used to encapsulate the technological components of the implants hermetically in order to achieve long-term stability. Energy-efficient, highly integrated circuits need to be manufactured, with their own power supplies to ensure a long life. Since the components have to operate in a biological environment, biostability and biocompatibility are major challenges, so appropriate materials and suitable protective coatings need to be developed.

An efficient implantable device has to have a few different functions. Many of the necessary sensors and actuators are already developed and in use in other applications, such as in the automobile industry, mobile phones, sports applications and ‘smart homes’. The main challenge is to combine these functions in one product and ensure the product is usable for medical application in a human body. There is still a lot of research to be done, but the development is seeing vital funding from governments and research associations.

One example of this is the ‘smart implant’ project currently being funded by the German Ministry for Education and Research. The goal of the project is to develop a miniaturised intelligent implant for the measurement of different vital parameters such as blood-oxygen content, pH value, resistivity, temperature and pressure. Even though each individual function is available on the market, it has been a big challenge to integrate all the functions in one module. An innovative energy supply system also has to be developed, to allow the implant to work self-sufficiently in the body of a patient for a long time. Seven partners are working together in a multidisciplinary approach to achieve this.

Treatment of disease by electrical stimulation

Bioelectronic micro-implants are increasingly becoming the focus of medicine. The fingernail-sized gadgets can electronically stimulate the nervous system locally to treat pain, migraines and depression, and they are also effective in treatment for diabetes and high blood pressure. A German research consortium of four institutes of the Innovation Alliance Baden-Württemberg (innBW) is developing methods and hardware for such technology, using the complementary competencies of partners in electrophysiology and neurotechnology, along with the development of micro-implants, microelectronic components and medical devices.

Bioelectronic micro-implants are increasingly becoming the focus of medicine.

The aim is to build electronically active implants with integrated sensors and actuators. The implants will be suitable for measuring disease-related nerve signals and modulating them therapeutically, and can be used to study brain diseases and treat metabolic conditions such as diabetes.

A first demonstration will electrically stimulate the nerves that supply the pancreas, to prove that with an implant, the control loop between blood-sugar levels and insulin secretion can be restored to treat certain types of diabetes. With the same technical approaches, plans are underway for the development of a neuro-implant for treatment and rehabilitation after stroke and brain injury.

This new method could allow targeted therapies without side effects, aligned to the individual situation of the patient.

The global market for medical device outsourcing is projected to reach $44.7 billion by 2017, according to Global Industry Analysts. The motivations for the outsourcing trend include cost reduction and faster time to market. As devices become more complex and more reliant on specialised information technology in an international market, moreover, specialised suppliers can offer a range of different technologies, skills, knowledge and expertise that OEMs may not have. This gives OEMs (start-ups and larger medical equipment manufacturers alike) the freedom to concentrate on developing their next products, and avoids the need for major investments in new technologies and experienced staff.

Compared with other industries, the medical device sector has been slow to accept sub-suppliers, partly due to concerns including loss of control, exposure of intellectual property, inconsistent quality and inadequate regulatory compliance. But today, these specialised suppliers have proved their ability to meet quality and regulatory requirements. At the same time, global competition – with increasing cost pressures, growing demand from emerging regions and new technological developments – is constantly showing device makers the advantages of working with manufacturing partners.

Implants in the mouth

Buccal administration refers to an enteral route of administration by which drugs diffuse through the oral mucosa and enter directly into the bloodstream. Buccal administration can provide better bioavailability of some drugs and a more rapid onset of action compared with oral administration, as the medication does not pass through the digestive system, thereby avoiding first-pass metabolism. Several drugs exist already in buccal form, like psychiatric drug asenapine; opioid drugs buprenorphine, naloxone and fentanyl; and cardiovascular drug nitroglycerin. Nicotine, as a smoking cessation aid, is also commercially available in buccal forms; as is midazolam, an anticonvulsant used to treat acute epileptic seizures.

Because of stringent regulations in the medical sector, the widespread use of new technologies such as implants will require some time, despite the fact that most of the technologies are already developed and ready for use. Slightly easier is the approach to place an implant in the mouth of a patient, as in buccal administration. It makes implants simpler to insert, control and replace, and involves fewer regulatory issues than an electronic device incorporated into the body. This makes the mouth the ideal place for first trials.

One example of the industry making use of these advantages is the intraoral drug delivery system BuccalDose, designed at the Hahn-Schickard institute HSG-IMIT, for liquid or water-soluble drugs. The disposable metering cartridge, with a capacity of approximately 100µl, is magnetically attached to two artificial teeth of a removable denture. From there, the drugs are released directly through the buccal mucosa into the blood stream. By using an osmotic pump concept, the cartridge operates only with water, meaning no active electrical actuators are necessary. The water contained in saliva is sufficient to achieve an extremely uniform drug delivery.

As well as the measured reception characteristics of the buccal mucosa, with buccal administration the concentration of the drug in the bloodstream of a patient can be adjusted very precisely. For various diseases, such as Parkinson’s, this allows users to achieve a specific drug concentrations in the blood, avoiding under and overdosing, which can lead to unwanted side effects. For therapy monitoring, the metering cartridge is connected to a base station with telemedicine connectivity, which determines the level of the cartridge before and after use.

As reported in December 2012 in the German magazine RFID im Blick, the first applications for patients with Parkinson’s are already in the clinical trial phase. Two clinics are participating in the studies: one in Tel Aviv, Israel, and one in Palermo, Italy. This method will be adapted in the near future for Alzheimers patients or in therapies for drug addicts. In addition, HSG-IMIT reports on a clinical trial of naltrexone for opiate addicts that showed that through an osmotic delivery system, only 4% of the drug is necessary to the same clinical effect.

To integrate different sensors, actuators and electronics into one implantable device, new technologies have been – and will continue be – developed. The manufacturing processes should be fast, cheap and simple to perform. Most importantly, it should be able to produce patient-specific devices. Tools developed for the ‘industry 4.0’ model can be used here to produce implants that have all the properties and functions necessary for the treatment of a specific patient.

For the production of these micro-implants with electronics and drug depots, additive methods have been found to be the most suitable. Scientists at Laser Centre Hannover (LZH) have, within the framework of the joint REMEDIS project, established fully automated laser melting processes to produce implants made of platinum, nickel-titanium (NiTi) and stainless steel. They have used a special form of 3D printing: selective laser micromelting (SLµM). With specially developed plants, LZH can coat electrodes for pacemakers with platinum, and produce three-dimensional structures of NiTi stents and prototypes made of stainless steel. The method allows SLµM stents and implants to be individually adapted to the patient’s needs, and could open up new perspectives in the field of medical technology in the future.

Due to demographic development and growing prosperity, along with the side effects of widespread malnutrition and lack of exercise, the prevalence of chronic diseases will continue to increase with time, and the healthcare system will become even more burdened. Innovative leaps in medical technology will be indispensable.

Current market developments will lead to very specific treatment of individual patients with high-tech devices and machines. From an economic point of view, this makes sense, but to really bring the concept to the future of medicine, the new technology needs to see more acceptance by patients. There is a need for skilled workers and technicians who can assist the medical doctor.

The speed of the introduction of these new technologies depends not only on technical feasibility, but also on the development of its acceptance in society. It’s clear there is a lot of work ahead to make this technology a reality.