The Brazilian trade up

Developers preferring their tried-and-tested suppliers of medical equipment over buying from Brazil has led to a marked trade deficit with medical device imports far outstripping exports. Elly Earls travels to São Paulo to talk to native experts Afonso Medeiros and José Augusto Queiroz about how innovation, regulatory changes and a new brand could tip the balance. 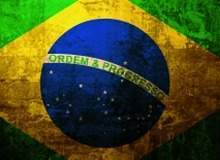 Stereotyped as a nation of bronzed beauties, samba and, of course, football, Brazil has never been seen as a centre of medical technology and innovation, with developed nations often steering clear of buying Brazilian equipment. However, over the past decade the medical device industry has been steadily growing.

The Brazilian Association of the Industry of Laboratory, Hospital, Dental, Medical Equipment and Products (ABIMO) now has 323 member companies – a 49% increase compared with 12 years ago – with many of these trading worldwide and certified to the highest possible quality standards.

Moreover, São Paulo plays host to the largest medical trade fair in Latin America, Hospitalar, which in May 2011 brought together 1,250 exhibiting companies, including 525 foreign enterprises. Despite this, imports continue to far outweigh exports and Brazil still has a long way to go before it becomes a medical device hub. However, one thing is perfectly clear: the government, trade associations and medical device manufacturers are committed to redressing the balance and challenging the world’s preconceptions.

The ins and outs of Brazil’s medical market

"Our main objective is to prepare Brazilian companies to be exporters."

The main objective now for ABIMO and Apex-Brazil, the Brazilian Trade and Investment Promotion Agency, is to increase the country’s exports to $1 billion within five years. "There is a big effort from the companies as well as the government to decrease this gap and get a better balance," says former vice-president of ABIMO Afonso Medeiros. "Our main objective is to prepare Brazilian companies to be exporters."

ABIMO is realistic about how to achieve this; administrative director José Augusto Queiroz emphasises that their main target markets include Africa, Latin America and the Middle East. "It is difficult for the Brazilian industry to compete with German equipment, for example," he admits. "There’s a gap in quality, there’s a gap in price, there’s a gap in brand. In these countries, we believe we have more opportunity to compete and gain confidence and trust. Our goal is to become the fifth medical manufacturer worldwide in the next decade. We want to hold an intermediary position between China, for example, and the top manufacturers, as our products are cost-effective."

Challenges clearly lie ahead, not least the attitudes of many Brazilian manufacturers. "Brazilian companies are often run by families and they don’t want to take any risks. They will only invest if they have a good chance of being successful," explains Medeiros. "This mentality has to be changed."

Luckily, help is at hand. ABIMO has started incentivising innovation with its Innovation Health programme, which aims to encourage Brazilian companies to invest in new technologies. In 2011 IC Intercientifica, a small company producing diagnostic equipment, took the top prize of R$50,000 (US$31,000) by demonstrating that it was the most innovative out of the 28 companies in the running. This money will be ploughed back into further innovation.

The government is also offering programmes to prepare Brazilian companies for export, providing training and expertise on regulatory matters such as ISO certifications, CE mark approval, FDA submission and the ANVISA (the Brazilian version of the FDA) Good Manufacturing Practices certification.

Moreover, in May 2011, the Integrated Sector Project implemented by ABIMO and Apex-Brazil was relaunched as PSI Brazilian Health Devices, a new brand that sells Brazil as a country of technology and innovation. It will be used on commercial missions and at international trade fairs to emphasise the quality of Brazilian devices and increase export volumes.

Created in 2002, PSI Brazilian Health Devices is now made up of 140 exporting firms, which account for 45% of ABIMO’s members. In nine years it has contributed to an increase of over 175% in foreign medical device sales and has helped many existing Brazilian export companies. Indeed, the Brazilian medical device industry already exports to 180 countries in five continents.

The volume of exports, however, is currently insufficient and PSI Brazilian Health Devices will now offer:

The finance sector is also getting involved: the Brazilian Development Bank (BNDES) has just opened permanent lines of credit totalling $200 million to other South American importers, hoping to encourage them to buy medical equipment produced in Brazil. The programme will finance five South American countries for three to five years. "The export of medical equipment and hospital supplies from Brazil to South America reached $240 million last year; Latin America is our biggest market. BNDES credit lines intend to increase this business," says Medeiros.

As well as increasing the volume of exports, the Brazilian government is putting in place initiatives to reduce the need for imports. Currently the $7.8 billion medical device market is supplied by local production (53%) and imports (47%), the high level of imports clearly demonstrating that there is strong domestic demand for medical products and a lot of scope for Brazilian manufacturers to capitalise on this.

"The incentive to buy country-made products is key to ensuring the sustainable development of the healthcare industry."

This high import level has been driven by two things: the tax burden on domestic manufacturing activity and regulation that encourages the purchase of imported devices – medical products that do not have a national equivalent are not charged any import tax.

For Medeiros, this is a problem that needs to be resolved, and he is keen to draw attention to a law issued in December 2010 that is beginning to address the issue. "The law will strengthen the purchase of national products by allowing the government to purchase Brazilian products at a cost of up to 25% higher than foreign devices if they are priority technologies.

"The incentive to buy country-made products is key to ensuring the sustainable development of the healthcare industry," he continues. "This regulation seeks to encourage Brazilian companies to develop innovative technology in areas of national priority."

Since 1962, the life expectancy in Brazil has increased by ten years to 73.2, bringing with it degenerative diseases such as Alzheimer’s and forms of cancer. "This has led to an increased demand for medical products as people are living longer with incurable diseases and they need long-term, expensive treatment," Medeiros notes. "The industry has to invest to maintain standards."

Many of the healthcare initiatives that have been launched in Brazil are only in their very early stages. The Brazilian Health Devices brand is only months old and its organisers are still in the planning stages, while no one is under any illusions that it will be easy to convince a traditionally cautious sector to take risks and invest in innovation. But with such infectious industry-wide enthusiasm for change, well-planned policies and high-quality products, Brazil may yet add technology and innovation to its repertoire.

Overseas, 20-25% of the neonatology market is Fanem’s, but less than 5% of the laboratory equipment sector belongs to the São Paulo-based manufacturer. "We don’t have the certifications to sell lab equipment abroad," says Cicero Schleder, international trade manager. "But every hospital and clinic needs equipment such as blood and vaccine chambers, so when we get certified with the CE mark it will be a great channel to increase our turnover."

"In Brazil, we have a different culture, and as our currency gets stronger against the dollar, our prices are getting higher in the international market."

Despite Fanem’s success, increasing its exports is still challenging due to cultural issues and exchange rates. "In Brazil, we have a different culture, and as our currency gets stronger against the dollar, our prices are getting higher in the international market, particularly compared to China, one of our main competitors," Schleder notes.

"The biggest problem when it comes to selling to Europe is that we are a South American company," he continues. "Even if we have quality, certifications, everything we need, they will still choose European, American or Japanese equipment." For Schleder, the only way to improve the situation is with government assistance. "They must reduce tax and invest in infrastructure," he concludes.