New electrophysiological devices are changing how patients’ heart conditions are treated. Jack Wittels speaks to Dr Gerhard Hindricks of the University of Leipzig about wireless pacemakers, home monitoring and the not-so-distant future of cardiac biomonitoring. 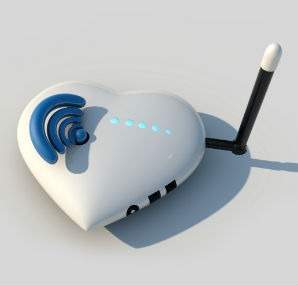 Keeping up with pacemakers can be tough. More than four million people worldwide now have some form of cardiac rhythm management, and over 700,000 new devices are implanted every year. In the UK alone, the number of pacemaker implants jumped by 27% between 2007 and 2013 (from 35,000 to 44,500) according to The EHRA White Book 2014.

The increase is largely due to a series of developments in pacemaker technology. The latest products can treat arrhythmias, asynchrony and advanced heart failure, bringing real benefits to a significant number of new patients.

But while these advances are welcome, implanting a conventional pacemaker still poses real risks to patients. Leads can become dislodged or fractured. Worse, infections spreading along the wires can result in endocarditis, with vegetation even developing on the leads themselves. The risk of this happening is low, but, when it occurs, mortality rates are worryingly high.

"In my experience, about 10% of patients who contract endocarditis from an infected lead might develop serious, life-threatening complications or may even die," says Gerhard Hindricks, director of electrophysiology (EP) at the University of Leipzig’s Heart Center in Germany. "It’s one of the most serious problems we’re facing with implants today."

Hindricks has worked in EP for over three decades. This year, he’s been focusing on a new type of pacemaker that aims to eliminate the risks of lead infection by getting rid of the wires altogether. Produced by St. Jude Medical – the firm behind the first implantable pacemaker back in 1958 – the Nanostim is one of only two clinically available, self-contained pacemakers in the world.

Unlike conventional pacemakers, the Nanostim sits inside the patient’s right ventricle, where it listens to the surrounding electrical activity. It communicates with a programming system and, if necessary, provides cardiac stimulation.

The idea for in-heart leadless pacemakers is itself nothing new. Panos Vardas, a Greek cardiologist who went on to become president of the European Society of Cardiology, first trialled the concept on animals more than 20 years ago.

"It worked, but at that time the battery technology wasn’t good enough to make the device run for long enough, so it wasn’t accepted," says Hindricks. "For 10-15 years, the idea was more or less forgotten. Then, about five years ago, interest started to grow again and the Nanostim technology was developed."

Just 42mm long and 6mm wide, the Nanostim has an expected lifespan of nine years, the same as traditional lead-based pacemakers. It is installed within approximately 30 minutes by catheter, leaving no scar or unsightly lump in the patient’s chest. Its tiny size also means body movements are blissfully uninhibited.

Advances in battery technology are partly responsible for the hugely increased longevity. But the Nanostim also consumes much less energy than standard pacemakers by communicating more efficiently with its programming system. It is only currently capable of single-chamber pacing, but according to St. Jude Medical, developments for atrial use are already underway.

Hindricks is confident that wireless pacemakers like the Nanostim will soon take off, though perhaps not immediately.

"We need to prove that these devices are as safe to implant as standard pacemakers. In the studies performed so far, there have been some examples of bleeding into the pericardium due to perforation. You really have to implant it in exactly the right place," he says.

"The other potential benefits, like quality of care and reduced complications, also need to be proven. I expect the evidence will come, but they’re only hypotheses at the moment. The quality-of-life benefits are clear though. It’s definitely an advantage not to have a scar or visible bodily implant. Some Asian cultures really frown upon it."

Along with the Nanostim, Hindricks is also involved in developing monitor-at-home pacemaker products for the German biomedical technology company, Biotronik. The idea is to keep track of a patients’ medical conditions even while they are at home. Physicians can then spot problems early on and intervene before the next scheduled appointment if necessary.

The firm’s latest system allows a patient’s implanted cardioverter defibrillator (ICD) or cardiac resynchronisation therapy defibrillator (CRT-D) to upload medical data through an antenna to a CardioMessenger device. This sends the signals to a service centre that processes the information and posts it on a secure website for the patient’s physician to review.

"All the 664 patients involved had significantly reduced ejection fraction and required ICD or CRT-D implantation. We randomised them and put them into two groups: one with home monitoring and the other with optimal medical treatment that followed existing guidelines.

"We found that a worsening of heart failure occurred significantly less often in patients using home monitoring. There was also a 50% reduction in total mortality for that group. It was the biggest fall I’ve seen in a trial like this for over a decade."

Hindricks believes the study’s success was largely due to its broad parameters. The monitor-at-home devices measure a range of electrocardiographic (ECG) data-types, including atrial and ventricular fibrillation, heart-rate variability and ventricular premature complexes. The information is specific and comprehensive enough for physicians to quickly build up a clear image of the patient’s condition, then make an informed decision about what to do next.

"Compliance is also a major issue in studies like this," he says. "Having several sets of biological signals automatically transmitted means the information chain is strong. Whereas single-parameter communication that relies on the patient is much less effective.

"The other thing we learnt from this trial is that the time window we have in which to recognise changes and act accordingly is actually not as narrow as we feared. If you see a patient’s condition is worsening, you can call them and have a structured interview. Then you can decide whether to wait a day or two or if they need to see their home physician right now."

In the fast lane

Biotronik also produces a leadless biomonitoring device for patients with atrial fibrillation or unexplained syncope. Though it currently only measures ECG data, Hindricks sees huge potential in this technology to radically improve patient heart monitoring once the parameters are broadened out. These changes, he believes, are just around the corner.

"Biomonitors will soon be able to measure a number of biomarkers, including body temperature, hormone changes, catecholamine levels and BNB levels. Haemodynamic data will also be available: pressure readings for all the atriums and ventricles, as well as the pulmonary artery," he says.

"However, I think this technology will go even further than that: it’ll play a key role in the disease-management programmes for the future endemics of arterial hypertension and diabetes. Imagine a biomonitor that can measure blood glucose levels and communicate with insulin pumps. It will all come."

Hindricks also sees biomonitors being used to help cancer patients: biomarkers linked to the disease, or perhaps to signs of infection after an organ transplant, could be measured and, if necessary, acted on. It is all, he says, "on the horizon".

For now though, the major goal in heart treatment is no doubt to bring monitor-at-home technology into mainstream medical care. Combined with the health benefits of leadless pacemakers, cardiac patients can look forward to significant improvements in both the quality and efficiency of their care.

"I’ve been in EP for 30 years now and I’ve always expected the rate of innovation to slow down. But it certainly hasn’t happened yet," says Hindricks. If anything, it is speeding up.