Over 50 years ago, microelectronics revolutionised the way components and circuits were manufactured. Now, a similar tidal change is taking place as miniaturisation makes its mark in life sciences. Claudia Gärtner, CEO of microfluidic ChipShop, looks at how integrated microfluidic platforms are making waves. 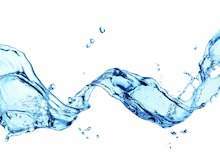 The concept of the so-called miniaturised total analysis system, often called lab-on-a-chip technology, was introduced almost 20 years ago. It deals with the handling and manipulation of miniature amounts of liquid in analyses conducted within life sciences research.

More recently there has been explosive growth in this activity but, while the number of scientific publications in the microfluidics area dramatically increased between 2000 and 2010, the progress in commercialising microfluidics-enabled products has been much slower than anticipated.

The number of scientific publications in the microfluidics area has dramatically increased."

The last few years, however, have seen the technology transformed into a widely used, truly enabling innovation. Nowadays, almost no product development in the field of diagnostics (especially molecular diagnostics) or analytical sciences takes place that does not in one form or another involve elements of microfluidic functionality.

Furthermore, the value of this technology has finally been realised in the market, reflected by a significant increase in mergers and acquisitions in the last few years, notably the acquisition of microfluidics pioneer Caliper by Perkin Elmer and the purchase of the start-up QuantaLife by Bio-Rad. These are indications that the technology has reached an important level of maturity, as predicted in the classical ‘hype-cycle’ model for innovative technologies.

Several drivers behind the current commercial development can be identified. Firstly, there are fundamental scaling laws that favour miniaturisation with mechanisms such as diffusion and heat transport scaling with length. This reduces the overall time from the input of a sample to the analytical result to minutes, rather than hours or even days in larger systems.

Secondly, the cost and overall available volume of reagents in the life sciences sector is often a critical factor, for example in protein crystallisation or drug discovery. By reducing these volumes, not only can cost reduction be achieved but often this represents the only way of processing scarce material.

"Almost no product development in the field of diagnostics takes place that does not involve elements of microfluidic functionality."

Thirdly, many functional elements of biology, for example cells, blood vessels and bacteria have a size that
lies exactly in the range of microtechnological methods, making them an ideal fit between manufacturing technologies and applications.

Fourthly, the very high geometrical accuracies of miniaturised systems, together with the high surface-to-volume ratio, makes the environment in which the fluids are contained extremely well controlled.

Last, but not least, miniaturisation offers the potential to automate many laborious laboratory processes, which often include manual steps like pipetting and sample transfer, again reducing the cost and time of the complete analytical process, and the risk of procedural error. These advantages have proven to be very attractive, spurring significant scientific activity in the field and related commercial products.

One of the most important advances in recent years is the ability to transfer complex analytical or diagnostic processes onto a single microfluidics device. For the development of such an integrated microfluidic platform, a two-prong approach has proven useful. On one hand, a holistic top-down approach from the system level is necessary in order to ensure the inclusion of all necessary functions as well as the definition of all interfaces (including fluidic, mechanical and optical). A flow-diagram of all process steps performed on the device can then be translated into individual functional modules.

"Miniaturisation offers the potential to automate many laborious laboratory processes, reducing the cost and time of the complete analytical process."

The second line of approach is a development, for example by simulation and subsequent prototyping, of the individual module, perhaps a DNA extraction chamber or a mixing structure for the lysis buffer, where the individual functions can be validated before integration. It is important to emphasise one significant difference from other engineering disciplines, especially mechanical or electrical engineering. In these fields, the development of integrated devices tends to be simpler due to the fact that the mutual interactions of the individual modules are limited, allowing the assembly of module libraries that can simply be transferred from one development case to another.

In microelectronics, an operation amplifier or a storage capacitor will behave almost identically regardless
of the overall system layout. In microfluidics, however, the performance of a single module is always dependent on the overall system layout. A typical example would be the parameter of flow speed in a microfluidic module, for example a T-shaped microchannel. This flow speed can be easily calculated given the dimension of the various arms of the channel.

However, as the flow speed depends (among other things) on the back-pressure the different arms of the T are experiencing, the flow distribution changes depending on the back-pressure generated by previous or succeeding modules. If this happens in a time series, the functional description of such a simple module can become rather difficult. It is therefore emerging as best practice in the development to combine the theoretical (or modelling) approach with some experimental data from module prototypes.

Figure 1 shows typical process steps that have to be realised during the development of such an integrated microfluidic device.

In the first step, the sample has to be brought onto the device using an interface. Because the type of sample can be very different (including biopsy, swab, sputum, blood), this interface has to be adapted to the type of sample. These ‘world-to-chip’ interfaces are an often-overlooked but important item during development. More and more existing standards from the targeted application area (for example, Luer-Loks-compatible interfaces in clinical diagnostics) are used, however, with disadvantages, mainly in terms of size. For this reason, similar press-fit interfaces (called Mini-Luers) have been developed. These have a reduced footprint, allowing up to 32 fluidic ports on a device the size of a microscopy slide. Figure 2 shows a comparison of microfluidic chips with tube connectors, Mini-Luer and full-size Luer connectors.

In the next step, the various sample preparation processes such as liquefaction of the sample, the lysis of cells, extraction of DNA/RNA and the sample concentration, have so far typically been carried out off-chip due to their complexity and the different nature of the various samples. Moving these steps onto the device represents the biggest challenge mainly due to the fact that several media (including wash buffers, carrier buffers, beads and lysing agents) have to be handled sequentially as well as in parallel, all requiring interfaces and plumbing in very restricted device areas.

" These ‘world-to-chip’ interfaces are an often-overlooked but important item during microfluidic device development."

Furthermore, many of these steps have to be carried out with a high degree of precision in terms of volume, times or sequence, which in specialised (and often costly) laboratory equipment is much easier to achieve. It is therefore a specific requirement in the development of miniaturised assays that the assay should be as robust as possible, for example in terms of process steps, volumetry and timing, in order to be carried out on-chip.

The next process step, usually in devices using molecular biology methods, involves an amplification of target molecules using methods such as conventional or isothermal polymerase chain reactions (PCRs), rolling circle amplification in order to increase the number of target molecules to achieve better detection selectivity and sensitivity. This amplification step is then frequently followed by a separation step such as electrophoresis, chromatography (up to now not well developed on-chip), the use of capture probes (for example, DNA arrays) or other filtration mechanisms in order to isolate the desired component spatiotemporally or remove unwanted components from the mixture.

The final analytical step comprises the detection of the analyte. While for many larger, lab-based systems, optical detection methods such as laser-induced fluorescence still act as a benchmark with respect to sensitivity, for portable systems, electrochemical analysis methods or various other sensor methods (for example, surface acoustic waves, quartz crystal microbalance and thermal measurements) are becoming increasingly of interest. It should be noted that all the preceding process steps have to be matched to the selected detection method in order to generate the best results.

A minor but nevertheless important design step of an integrated device in diagnostics is the layout of a waste container system in order to retain all liquids used in the process on-chip.

This is often necessary to avoid the contamination risk of the instrument and to prevent carry-over from one measurement to the next. The required volume of such waste reservoirs can be critical, frequently stressing the limited real estate on the chip.

Integration into a single device

Once these individual functions have been verified on-chip, a stepwise integration into a single device can then take place. This stepwise approach also simplifies the search for and correction of possible errors observed in the performance of the device. Examples of these functional modules are shown in Figure 3.

"Microfluidics has turned into a crucial enabling technology for almost any product development in the life sciences."

Figure 4 shows an integrated device; in this example a platform for the parallel detection of eight different pathogens in a time frame of less than 45 minutes from sample input to result. The sample is introduced in the upper right hand corner through a Luer connector. Then a bead-based DNA extraction and concentration takes place.

The sample is subsequently divided into eight aliquots that flow through the storage area where the lyophilised PCR master mixes are stored. After liquefaction of the PCR mixes through the sample, the continuous-flow PCR takes place. The sample is then transported through microchannels on the top side of the chip to the detection area, where the fluorescence detection takes place before the samples are carried off to waste.

Microfluidics technology has made enormous progress in the last 20 years, and has proven that it is a technology that is viable in the scientific as well as the commercial arena. Although the commercial development did not happen as fast as many people predicted 20 years ago, it is evident that microfluidics has turned into a crucial enabling technology for almost any product development in the life sciences and the list of microfluidics-enabled products is steadily rising.

The big killer application is still missing, but comparison with the market uptake of other high-tech applications shows that the current timeline is nothing extraordinary. The range of applications is extremely broad and even if it has not revolutionised the life sciences as many had hoped, it has and is currently changing many established practices in these disciplines.