Heart of the matter – the cardiac rhythm management market

With around 1% of the population suffering from an irregular heartbeat, the market for pacemakers and defibrillators is thriving. GlobalData details how the cardiac rhythm management market is forecast to expand in the years up to 2020 and explores the rise of primary prevention. 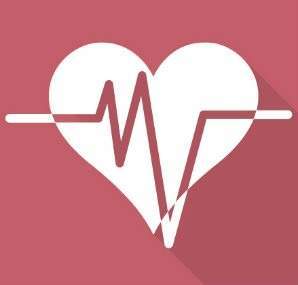 This growth will come as a result of increasing incidences of arrhythmia and heart failure, combined with rising market penetration of pacing and pulse generator technology in the Asia-Pacific and South American regions.

Programmes supporting this type of therapy are increasingly desirable as the global occurrence of cardiac dyssynchrony continues to rise – it is estimated roughly 1% of the population suffers from an irregular heartbeat, although this rises above 20% in elderly people. While tachycardia and bradycardia are the most common indications for treatment, heart failure, diabetes and obesity can contribute to ongoing rhythm management concerns.

The extremely competitive CRM market is dominated by several key players that continue to innovate in the face of mounting pricing pressure and strict regulation as they fight for market share.

New technologies being developed, including leadless pacemakers and energy-harvesting generators, promise to raise sales, while industry standards continue to improve in regard to remote home-monitoring and rate-adaptive therapy.

Newly developed biventricular CRT-P and CRT-D devices are expected to undergo significant market adoption in the coming years as physician adoption increases, additional patient outcomes are published and average selling prices decline. Furthermore, as more centres develop their CRT offerings, hospitals will be looking to implement new programmes for advanced CRM to enable their physicians to begin implanting the devices.

Despite higher prices when compared with single-chamber pacemakers, dual-chamber and biventricular CRT-P products have experienced notable rises in procedure volumes, driving growth in total sale revenue from these market segments.

Dual-chamber devices account for the largest segment of the CRM market, although CRT is experiencing adoption rates similar to those of dual-chamber devices several years ago. Given improved efficacy, better outcomes and physician partiality, these next-generation devices have expanded considerably beyond the mature US and EU markets to developing countries. As sales in emerging markets gain momentum, companies are placing appreciable emphasis on international distribution and global expansion to keep pace with industry progression.

The population requiring CRM therapy continues to grow due to the prevalence of serious risk factors, including obesity, diabetes, hypertension and congestive heart failure. According to a 2013 briefing published by the World Health Organization (WHO), more than a billion people worldwide suffer from hypertension – a major cause of congestive heart failure, itself suffered by more than 25 million people.

Similarly, the International Diabetes Federation (2013) states an estimated 285 million people had diabetes in 2010, which is predicted to increase to 438 million by 2030. Additionally, the global obesity population is increasing at a rapid, uncontrolled rate. Lifestyle factors, including tobacco, alcohol and caffeine intake, can also greatly increase the risk of arrhythmias.

With limited pharmacotherapy to treat dyssynchrony, CRM devices are expected to remain the go-to option for patients with rhythm management concerns.

As the US and EU reach maturity, companies are turning to emerging markets for growth. In particular, Japan has seen significant CRM adoption in the past ten years and, more recently, China, Brazil and India have initiated new programmes.

These emerging markets offer significant potential for companies able to establish distribution channels in the region. However, low reimbursement and costs of living provide intense pricing pressure for market entrants. With limited financial resources available, current devices are largely unaffordable in these developing countries, and significant reductions are expected in the coming years as manufacturing operations improve and distribution becomes more global.

In response to significant cost concerns, many companies are developing value-tier platforms that enable the sale of lower-cost devices. As physician use and adoption continues to increase in these regions, significant market expansion is expected.

Primary prevention on the rise

This trend has been slow to spread to developing countries though, and currently only 14% of ICDs implanted in India are for primary indications. The situation is similar in China and Brazil. As treatment schedules evolve, CRM companies will have an increasing opportunity to sell their products for primary prevention indications.

While advancements in device algorithms and rate-adaptive programming, as well as reductions in size and weight, have distinguished various brands on the market to date, these advances have largely been unaffordable in emerging markets and offer limited patient outcome improvements from brand to brand.

However, the introduction of remote home-monitoring in emerging markets promises to make dramatically changes. It will decrease the number of patient hospital visits, a particularly attractive feature for customers living in remote regions far from access to healthcare.

Furthermore, advances in leadless and energy-harvesting technology are expected to be revolutionary. By eliminating the need for lead and generator battery replacement, manufacturers hope to boost sales in younger and more remote populations reluctant to buy a new device that needs substitution every seven to 12 years.

While CRM therapy has been around for many years, many patients don’t fully understand it. Increases in patient awareness and physician diagnosis are expected to drive CRM sales, especially in China, Brazil and India.

Advancements in treatment guidelines and industry best practice have provided greater clarity in regards to appropriateness of treatment. However, gaps remain in the understanding of arrhythmia and there is room for procedural improvement and international guideline development.

CRM therapy advancements have improved patient outcomes in parallel with developments in adjunctive therapy, which continues to progress.

Programming and rate-adaptive algorithms improvements have driven device sales and established physician preferences. However, the introduction of leadless technology and energy-harvesting devices is expected to be far more impactful, and this will mark the next revolution for CRM products.

While many companies are striving to eliminate device leads, other advances in technology have achieved the opposite. In particular, multielectrode ventricular leads are increasingly common in company pipelines, and many believe that these next-generation products will provide significant improvements in patient treatment.