Silver is one of the precious metals of the world, but its uses go well beyond the decorative. Thanks to its bactericidal properties, it is commonly used in wound care dressings and could be used to great effect in implanted medical devices. The challenge is that, at high doses, silver is toxic to human cells. Abi Millar speaks to Dirk Lange, a microbiologist at the department of urologic sciences at the University of British Columbia, about the silver coating he is developing that could overcome that barrier. 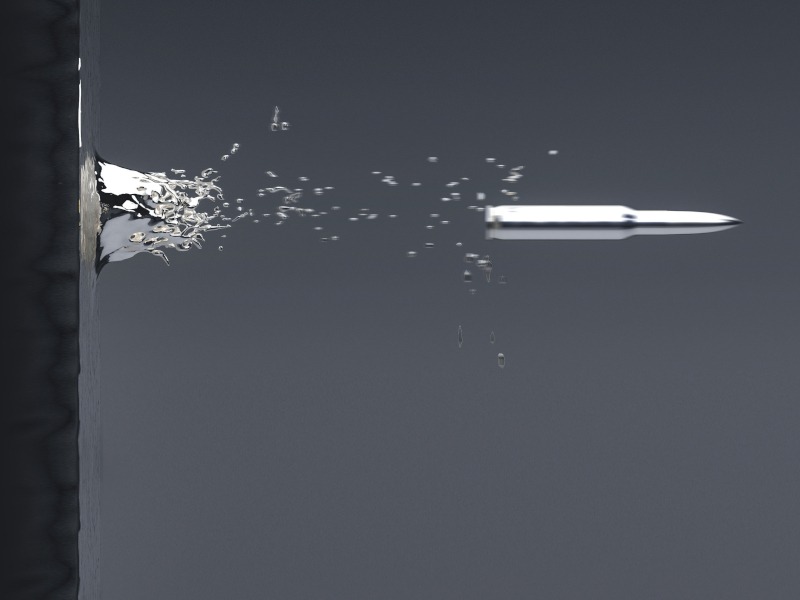 Colloquially speaking, a ‘silver bullet’ is a simple solution to a difficult problem. To cite the best-known example – when penicillin first became available in the 1930s, it was touted as a silver bullet that would cure an array of bacterial infections.

Aptly enough, another silver bullet might just be silver itself. This precious metal has long been recognised as an antimicrobial, with its uses far pre-dating the discovery of microbes. Hippocrates wrote that silver had healing properties, while the Phoenicians stored liquid in silver bottles to prevent spoiling. Further down the line, silver coins were dropped into wine casks on long ocean voyages, and silver compounds were used to prevent infections during the First World War.

Until recently, the mechanism responsible remained mysterious. But researchers now know that silver ions can penetrate the cell walls of bacteria. Here they unleash a juggernaut of lethal effects, interfering with certain enzymes and binding with the bacterial DNA. At sufficient concentration, they are extremely toxic for many of the microbes that cross their path.

He adds that silver is already widely used in medicine for this purpose. It is used within the urology space to coat catheters and within the vascular space to coat grafts. Orthopaedic surgeons now routinely implant silver-coated devices, while activated silver dressings and silver sulfadiazine cream have a long pedigree in treating burns.

Despite the growing number of applications, challenges remain. Above all, silver can be toxic not just to bacteria, but also to human cells.

“If you release the silver too fast and at too high a dose, you run the risk of causing toxicity,” says Lange. “That’s probably one of the biggest issues with silver. The other issue is that if you do release it too fast, then you run out too quickly, and you only have a very short time frame in which it is effective.”

Simply put – if you can’t release the silver at doses low enough to avoid toxicity, it’s not going to be viable within medicine.

Together with fellow researchers at UBC, Lange has been working on a new, long-acting silver coating for medical implants. This coating, called SAFE (a loose acronym for ‘silver-based film-forming antibacterial engineered’) is designed to tackle these challenges, among others.

“Our coating releases silver effectively for at least 90 days, and this is at active levels – active meaning it remains anti-microbial,” says Lange. “But we also performed cytotoxicity and biocompatibility testing, which showed the amount of silver released does not cause any toxicity, and is biocompatible.” This technology represents a step up on the coatings that are currently available. “With existing coatings, the silver is embedded into the material itself, which means it’s not being released,” says Lange. “What they’re relying on there is contact killing, which means that the bacteria have to physically attach to the material surface in order to be killed.”

The problem here is that dead bacteria will adhere to the surface just as well as live ones. As time goes on, you will get a build-up of dead bacteria (a biofilm) on the surface, which essentially renders the technology useless. In the case of a urinary catheter, the debris will also contain proteins, crystals and other undesirable compounds.

“The surface just gets covered up and live bacteria will start to attach to the dead bacteria,” says Lange. “Essentially all you’re doing is delaying the onset of infection. This is exactly the reason why previously attempted technologies have failed and never made it into clinical practice.”

The SAFE coating has two advantages here. First, it has antifouling properties, meaning that it will actively repel organic and inorganic components. In doing so, it keeps the surface clear. Secondly, the antimicrobial agent does not just sit inside the coating – it is slowly released into its surroundings, where it attacks the living microbes.

“Because it’s anti-fouling, the bacteria remain free swimming, and because we’re releasing the silver effectively, it will kill the free-swimming bacteria,” says Lange. “You basically have a dual mechanism to prevent the surface of the device becoming covered up with waste material, while at the same time killing the bacteria.”

In terms of how SAFE was developed, the team began by screening many sets of ingredients. They wanted to develop an all-in-one composition that could be applied to surfaces in a single step. Eventually, they settled on a formula that included two different polymers and dopamine, along with silver nitrate.

“The coating consists of three to four components, mixed together in an aqueous solution,” says Lange. “Unlike with some other coating technologies, there’s no pre-treatment of the materials required. You just mix the components together and away you go – it’s that simple.”

“Our in vitro studies involved coating catheters and then running them through two biofilm models,” say Lange. “One is a static model, where you take the material, put it into a bacterial solution, incubate it for X amount of time, then remove it and quantify the bacteria on the surface.”

The other is a flow model, in which artificial urine mixed with the bacteria flows through the catheter and onto its surface. That’s a more realistic simulation of what happens in the urinary tract.

In both models, the team found they got no bacterial attachment on the coated surfaces. They tested it against multiple bacterial species – gram-positive and gram-negative – to show efficacy across the board. Next, the researchers moved onto in vivo testing. They started by coating small catheter pieces, and inserting them into the bladders of mice.

“The bladders were inoculated with bacteria, we allowed infection to develop, then we removed the catheter pieces and quantified the amount of bacteria on the surface. Again, we had no bacterial attachment to the catheters in this environment,” says Lange.

Finally, they tested the coating on a titanium implant, which was placed beneath the skin of rats. After a week, implants with the SAFE coating had far less bacterial load than those without. The coating proved tough and resilient. What’s more, the rats’ tissues showed no sign of toxicity, indicating that the silver ions had not done their cells any harm.

At the time of writing, the researchers are close to finalising the pre-clinical aspects of their work. The final step will be to perform additional studies on pigs. This will entail inserting a catheter into each animal, inducing a urinary tract infection for seven days and then removing the device.

The endgame here is to demonstrate that the technology can treat infections. Catheter-associated urinary tract infections are quite common in hospital settings, especially following prolonged usage. When a patient develops an infection of this kind, current practice is to remove the catheter, treat the patient with antibiotics, put in a new catheter and hope that the cycle doesn’t repeat itself.

“Unfortunately, individuals who have to be chronically catheterised do develop these types of infections quite frequently,” says Lange. “Because our technology releases the silver over an extended period of time, there’s the potential that it could treat the infection and then prevent it from coming back.”

Should the large animal studies prove successful, the researchers will start working towards 510(k) clearance in the US, which would give them the green light to commercialise their coatings.

Further down the line, SAFE could have a broad array of applications, going beyond just urinary catheters. It could even be used outside the medical space, for situations in which you needed to keep a surface sterile and clean.

“We can basically coat any material with this coating – metals, plastics, textiles, glass, anything,” says Lange. “It doesn’t matter what shape, size or type of material you’re talking about. In addition, it can be applied by dipping the material into the coating solution, by spraying it on or through flowing mechanisms.”

While this wouldn’t be the first time silver has been used for antibiotic purposes, it could certainly wind up being one of the most effective, and as the name.