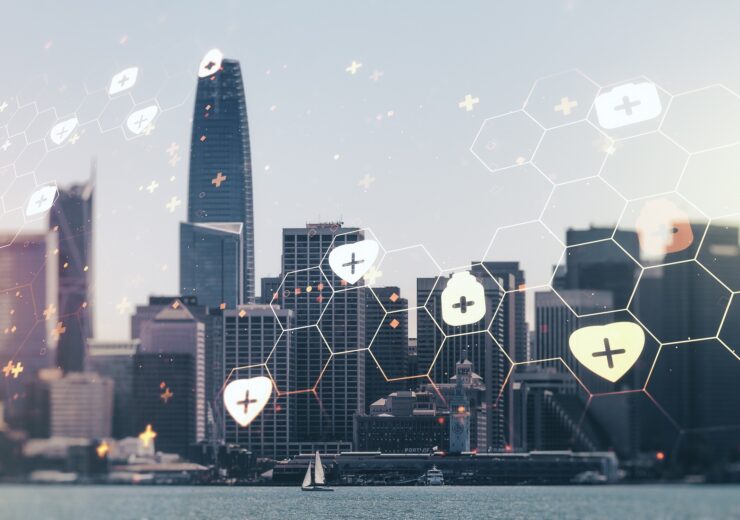 California is home to Silicon Valley - one of the most prosperous medical innovation centres anywhere in the world (Credit: Pixels Hunter/Shutterstock)

With close to 40 million inhabitants and a three trillion-dollar economy, the Golden State of California has by far the largest population and the greatest GDP of any US state – and this supremacy is reflected by both its booming medical device industry, and the companies working therein.

Many of the most renowned medtech firms in the world currently have a significant presence in the region, making it one of largest medtech hubs in the US alongside Massachusetts and Minnesota.

Johnson & Johnson’s vision business, Medtronic’s diabetes unit and Becton Dickinson’s biosciences arm are all based in the Golden State, while Irish-domiciled pharmaceutical and medical device manufacturing giant Allergan called California home for several decades before moving its US headquarters to New Jersey in 2011.

And, in addition to these examples, several of the world’s biggest medical device manufacturers have made the state their permanent residence, with a number of these industry leaders being based in the global innovation hub that is Silicon Valley.

We take a look at the top five global medical device companies – based on market cap figures taken from Yahoo Finance on 23 February 2021 – that are currently headquartered in California.

With a current market cap in excess of $86bn – as well as total revenues of more than $4.3bn in 2020 – Intuitive Surgical is the leading medical device manufacturer based in California.

Headquartered in the city of Sunnyvale in the heart of the Silicon Valley region, Intuitive Surgical is unquestionably most well-known for its da Vinci system, which has also driven the company to become the global leader in the robot-assisted surgery market today.

As of the end of 2019, more than 5,500 da Vinci systems had been installed globally to aid healthcare professionals with a range of complex, minimally-invasive procedures – including gynaecologic, cardiac and urologic operations.

In addition to multiple different da Vinci models, Intuitive Surgical also makes numerous surgical instruments, devices and endoscopes to be used alongside its pioneering system, as well as a cloud-enabled simulation platform called SimNow that allows doctors to learn and practice their surgical skills.

The company was founded in 1995, and currently employs more than 8,000 people globally.

Based in the city of Irvine in Orange County, Edwards Lifesciences is a global leader in treating structural heart conditions thanks to its transcatheter heart valve replacement products.

This work began with the introduction of the world’s first commercially available artificial heart valve in 1960 and, today, the company makes a variety of repair systems used to fix problems with the heart’s aortic, mitral and tricuspid valves.

The American firm boasts a market cap of more than $51bn, reported total revenues of close to $4.4bn in 2020 and employs nearly 15,000 people across the world.

Medical device manufacturer Align Technology was founded in 1997 and is headquartered in San Jose – the largest city in all of Northern California.

Its flagship product is the Invisalign system, which is a clear, teeth-straightening aligner that was first marketed in 2000 and has since been used by more than nine million patients worldwide.

Orthodontics is therefore the main market Align Technology operates in, and it strengthened its position in this space with the acquisition of Israeli firm Cadent in 2011, adding the iTero line of 3D intraoral imaging scanners to its portfolio in the process.

Align Technology currently has a market cap in excess of $44bn, and generated revenues totalling nearly $2.5bn in 2020. It also has more than 14,000 global employees.

The products ResMed makes and sells to deal with these conditions range from CPAP (continuous positive airway pressure) machines and ventilators to face masks, and nasal and dental accessories, as well as its ApneaLink Air device for at-home sleep monitoring.

The company’s offerings in respiratory and sleep care also extend to software tools. Its cloud-based U-Sleep platform allows healthcare professionals to monitor numerous CPAP users at the same time, while its myAir smartphone app provides a means for patients to screen and manage their own sleep independently.

ResMed was founded in 1989 when Australian businessman Peter Farrell bought a prototype CPAP device from US healthcare giant Baxter International and put it into scalable production.

Today, the company has a market cap of about $29bn, employs more than 7,700 people globally, and it also reported a total revenue close to $3bn in 2020.

Based in the city of San Ramon, The Cooper Companies is a medical device manufacturer boasting a market cap of more than $19bn that also generated revenues greater than $2.4bn in 2020.

It consists of two main business segments – CooperVision, which is a global leader in the contact lens industry, and CooperSurgical, which makes hundreds of surgical products used by obstetricians, and gynaecologists, to improve the lives of women and babies.

One of the latter’s flagship products is the ParaGard intrauterine device (IUD), which is used to provide long-term birth control and was purchased from Israeli firm Teva Pharmaceutical Industries for more than $1bn in 2017.

The Cooper Companies was initially founded in 1958 and currently employs about 12,000 people across more than 30 countries.