Toyoda Gosei, along with EBM, has developed a Super BEAT surgical training simulator by using e-Rubber, which is an artificial muscle that works with electricity. 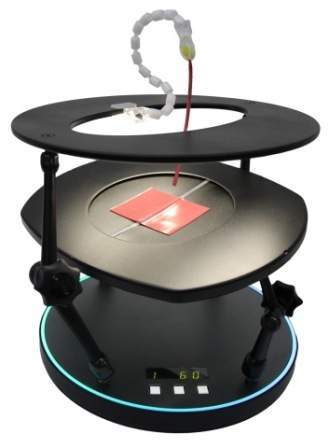 The new prototype, Super BEAT medical simulator, has been designed to reproduce the beating of the heart with extreme accuracy.

In November 2017, Toyoda Gosei collaborated with EBM foe the development of a new simulator to enable surgeons improve their surgical skills.

According to Toyoda, the training with simulators is turning compulsory in specialties such as cardiovascular surgery and demand for surgical training simulators is rapidly increasing.

In EBM’s current BEAT simulator, the movement of the heart is simulated with the use of a shape-memory alloy that extends and contracts by heating.

The Super BEAT high end version of this simulator uses e-Rubber, which extends and contracts quickly in response to electricity switching on and off.

The fine movement can also be regulated to manage states such as complex heartbeat patterns due to arrhythmia or the rapid heartbeat of children, enabling to create an environment closer to that of actual surgery.

The partnership intends to start sales of Super BEAT surgical training simulator from the fall of this year.

Founded in 2006, EBM is a university-launched startup engaged in training simulator development and system creation for both domestic Japanese and abroad markets, primarily in the field of cardiac surgery.

The firm produces EAT and YOUCAN coronary bypass surgical training simulators, which are said to use in around 70% of cardiovascular surgery hospitals in Japan.

Established in 1949, Toyoda Gosei is a specialty producer of rubber and plastic automotive parts. The company manages around 100 plants and offices in 18 countries and regions.