Medical device firm TherOx has secured premarket approval from the US Food and Drug Administration (FDA) for its SuperSaturated Oxygen (SSO2) Therapy for the treatment of heart attack. 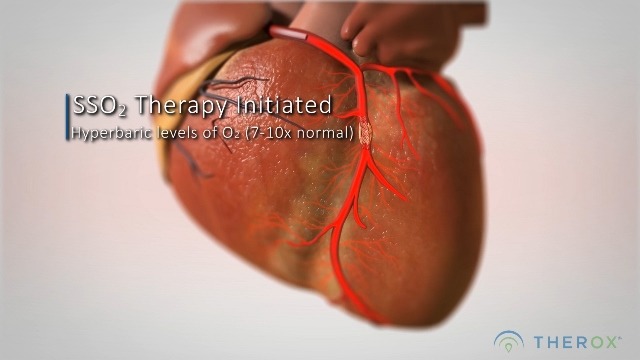 Claimed to be the first and only FDA-approved treatment beyond percutaneous coronary intervention (PCI), the SSO2 Therapy will allow interventional cardiologists to substantially reduce muscle damage in heart attack patients.

SSO2 Therapy is said to deliver hyperbaric levels of oxygen directly to the ischemic heart muscle instantly after the coronary artery has been successfully opened by PCI.

Columbia University Medical Center medicine professor Dr Gregg Stone said: “Even after angioplasty with stenting, many heart attack patients suffer from irreversible damage to the heart muscle, which carries a poor prognosis in terms of mortality and the potential for future heart failure.”

SSO2 Therapy has been developed for the preparation and delivery of supersaturated oxygen to targeted ischemic regions perfused by the patient’s left anterior descending coronary artery instantly following revascularization through PCI with stenting within six hours after the onset of anterior acute myocardial infarction (AMI) symptoms caused by a left anterior descending artery infarct lesion.

SSO2 Therapy delivers a one-time and 60-minute infusion of the patient’s superoxygenated blood to the targeted ischemic area of the heart through a small catheter, immediately after the coronary artery has been opened by PCI.

According to the company, the SSO2 Therapy has been demonstrated in multiple randomized prospective clinical trials to consistently and safely reduce infarct size in anterior AMI patients and thereby improve outcomes.

TherOx president and CEO Kevin Larkin said: “We have repeatedly demonstrated that SSO2 Therapy significantly reduces infarct size among patients who suffer from large anterior AMIs, which are the most serious heart attacks.