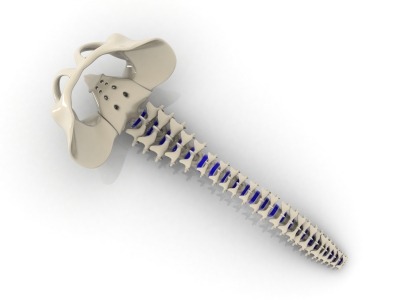 The direct to permanent study results showed true paradigm shifting outcomes for the battery-free, opioid free, pain management system, with subjects receiving an average of 77% back pain relief with 84% being in remission long term.

All subjects received a wireless Freedom spinal cord stimulator system and were randomized to either 10 kHz or 1500 Hz and lower, mixed signal. They were followed for six months after an initial one-month trial. The study took place at seven centers throughout the U.S.

“Patients in both groups experienced significant reductions in pain scores for both low back and leg pain seven months after implantation,” said Robert Bolash, MD, the primary investigator for the study at the Cleveland Clinic in Cleveland, Ohio.

At the six-month primary end point, the mean back pain VAS reduction for the HF arm was 77% and 64% for the LF arm, matching the range of wired HF products even at 1500 Hz mixed waveforms. Leg pain–associated mean VAS reductions were 76% for HF and 64% for LF. The VAS reductions from baseline were statistically significant (P<0.0001) for both arms.

“The study results provide evidence that 10 kHz wireless SCS is an effective and safe treatment option,” said Bolash. “The findings of this study show that wireless 10 kHz SCS provides pain relief while eliminating an implanted battery. This technology may have the potential to reduce the overall cost of treating our patients with chronic pain.”

“Stimwave was the first to introduce a true multi-waveform platform worldwide, with the iOS programming capabilities of WaveMaster. We are honored to have this Level I RCT data published in the prestigious Pain Medicine journal, demonstrating the long-term positive outcomes for wireless SCS to be shown to be tremendously effective, at 77% pain relief, all in a convenient minimally invasive package,” said Laura Perryman, co-founder and CEO of Stimwave.

“With the FDA clearance of 10,000 Hz, Stimwave U.S. patients now have an additional waveform to ensure maximum amount of ability to modify their programming to fit their individual pain management needs and decrease the effects of plasticity. Stimwave is proud to offer this technology to the U.S., backed by evidence-based medicine, and enabling a truly impactful option to opioids for the over 90 Million people in the U.S. stricken with chronic pain.”

In summary, the RCT study showed:

Total Satisfaction (PGIC): median 6 out of 7

Stimwave Freedom Stimulators are implanted in an outpatient procedure with no need for general anesthesia, a large surgical incision or a bulky internal battery.

These products are expected to significantly reduce the lifetime cost of care for chronic pain patients and offer a safe, viable and effective alternative to opioids. The Freedom SCS system is currently available in the U.S. and worldwide, with frequencies up to 10,000 Hz.