Protembis, a company engaged in the development of an innovative cerebral protection system, has closed $10m Series A financing round in a structured process. 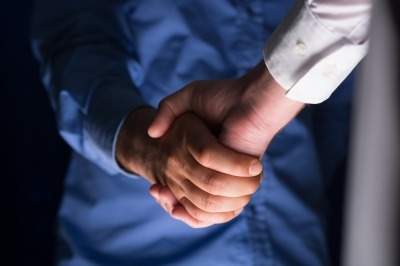 A syndicate consisting of the US listed medical technology company Abiomed, the Seed Fonds III for the region of Aachen and Mönchengladbach GmbH & Co, coparion GmbH & Co. KG, as well as renowned family offices and internationally experienced angel investors, has invested in the Aachen-based medical technology startup Protembis GmbH

The company is developing a novel and innovative cerebral protection system that is designed to minimize the risk of stroke and other neurological injury, particularly during catheter-based heart valve implantations. Protembis has raised a total of $ 10 million in an oversubscribed Series A financing round and expects to bring its product to market maturity with this round.

Protembis has developed the ‘ProtEmbo Cerebral Protection System’ – also called the ‘ProtEmbo’ – to minimize the risk of stroke and other neurological injury in heart valve interventions. Nowadays, the calcified native aortic valve can be replaced by an artificial heart valve, which is advanced via a catheter into the left ventricle, i.e. to the site of the calcified native valve.

This procedure is called transcatheter aortic valve implantation (TAVI or TAVR). The heart valve prosthesis is opened, presses the old and defective native valve against the vessel wall and thus takes over its function. TAVI is a quicker and less invasive procedure and is conducted while the heart is beating; it is associated with less pain and a shorter hospital stay than the alternative open-heart surgery.

In both methods, however, there is a risk that calcific debris from the native heart valve or aorta is detached and then migrates to the brain via the bloodstream, where it can cause stroke or other neurological complications. The drugs used before, during and shortly after the heart valve procedure do not provide complete protection against this risk.

The Protembis team wants to minimize this risk with its novel device. The ProtEmbo is a catheter-based filter device which is advanced intuitively, safely and quickly via the radial artery of the left arm before the start of a TAVI procedure and removed again at the end of the procedure in order to prevent the migration of particles to the brain.

The permeable material of the filter covers all arteries leading to the brain while allowing free passage of blood cells and blocking even the smallest embolic particles. The filter is coated with heparin to prevent it from clotting during the procedure, as well as prevent thrombus formation on the filter surface.

Abiomed chief technology officer Thorsten Siess said: “Patient safety should always be our top priority. We see great potential in Protembis’ technology to make TAVI neurologically safer and thus enable TAVI to be used in an even larger patient population.”

ProtEmbo Has Already Been Successfully Used in Human Studies

Protembis has already successfully demonstrated the initial safety and feasibility of the ProtEmbo in a first-in-human clinical study – the effectiveness of the technology was also shown.

Protembis chief technology officer Oliver Schumacher said: “We plan to conduct further clinical studies in renowned heart centers in Europe and the USA and want to bring the ProtEmbo to market as quickly as possible.”