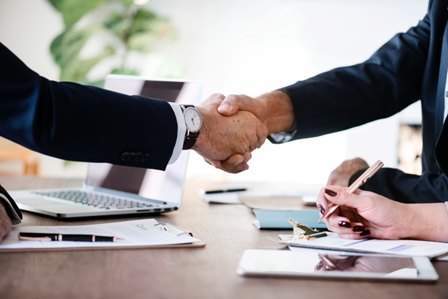 In line with JDRF’s goal to discover, develop, and deliver advances that reduce the burden of T1D and expand access to and adoption of automated insulin delivery (AID) technologies, JDRF will provide funding to SFC for the development of an insulin patch pump with open-protocol communication capabilities.

JDRF launched its Open-Protocol Automated Insulin Delivery (AID) Systems Initiative in 2017 with the goal to work with key stakeholders to understand the regulatory and liability implications of an “open-protocol” AID ecosystem – in which AID components may be seamlessly and safely interoperable – and moreover to accelerate the delivery of such components to market.

The development and delivery to market of a fully interoperable, open-protocol insulin pump is the goal of this JDRF-SFC partnership.

Insulin-dependent diabetes impacts more than six million Americans, the vast majority of whom are not reaching clinical targets for optimal glucose levels. Insulin is a life-saving drug but needs to be dosed accurately and safely to avoid serious adverse events.

The two-year funding commitment from JDRF enables SFC to accelerate the development and regulatory submission of an open-protocol patch pump system that enable seamless, secure connectivity with other devices (e.g., by using Bluetooth technology) such as interoperable continuous glucose monitors (CGMs) and third-party AID algorithms.

Such algorithms may include solutions developed in recent years by the do-it-yourself (DIY) community, a following which is steadily gaining traction.

The foundation of SFC’s insulin delivery technology, covered by several issued and applied-for patents, is its inherently small size and capability to deliver highly accurate doses of insulin. SFC will develop a fully functional patch pump that will operate on its own platform as well as publish its communication protocol so that approved devices can communicate with the patch pump.

“There is a passionate group of people behind a patient-driven ecosystem, using do-it-yourself (DIY) approaches to develop solutions to meet their needs. We believe SFC’s unique pumping technology will provide new options for them to live the lifestyle that suits them the best,” said Anthony Cruz, CEO of SFC Fluidics.

“With our partnership with JDRF, we will bring new and innovative solutions to the diabetes community.”

”We are excited to support SFC in its open-protocol pump development as a key step toward the realization of our goal of an open-protocol AID ecosystem,” said Daniel Finan, JDRF Research Director. “We are hopeful that solutions such as this will greatly expand choice in the marketplace, increase adoption of advanced, life-improving technologies among people with T1D, and accelerate the cadence of innovation in these treatment options.”