A new study found that NeurOptics’ NPi-200 Pupillometer, which provides an automated assessment of the pupillary light reflex, may signal an early warning of potential delayed cerebral ischemia and enable preemptive escalation of care. 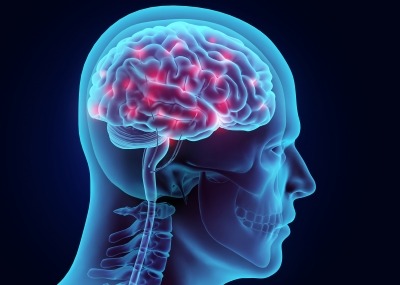 The study was published in the Journal of Neurosurgery.

The study analyzed 56 patients diagnosed with aneurysmal subarachnoid hemorrhage and admitted to the neuro-intensive care unit of the University of Texas Southwestern Medical Center between 2015 and 2017.

Patients were monitored using transcranial Doppler and the infrared NPi-200 Pupillometer, which calculates a Neurological Pupil index (NPi). NPi values range from 0 to 5, with 3 or greater considered normal. Most patients had multiple daily NPi readings, and the lowest value was recorded.

The 635 paired observations of daily Doppler and NPi data showed a significant and strong association between the development of delayed cerebral ischemia and an abnormal decrease in NPi readings.

Twelve patients experienced delayed cerebral ischemia, with seven showing a decrease in their NPi to an abnormal range. This change occurred more than eight hours prior to the clinical decline 71.4 percent of the time. The NPi normalized in all patients after treatment.

“These results showed that pupillometer changes may occur hours prior to the clinical neurological decline, and the NPi-200 has the potential to provide enough warning to initiate therapeutic measures before the development of irreversible neurological damage. Pupillometry may be a key piece to the larger picture when used as a complement to a good clinical, radiological, and sonographic examination.”

The aftermath of aneurysmal subarachnoid hemorrhage remains devastating despite modern advances in neurocritical care. Patients who do not succumb to the initial aneurysmal rupture are at risk for cerebral vasospasm, which occurs in about 70 percent of patients. Approximately 25 to 40 percent of these patients develop delayed cerebral ischemia, with neurological deficits and possible cognitive decline. Transcranial Doppler has been shown to be predictive of delayed cerebral ischemia, but with poor positive predictive value.

Automated assessment of the pupillary light reflex has emerged as an objective means of assessing pupillary reactivity across a broad spectrum of neurological disease, including stroke, traumatic brain injury and edema, tumoral herniation syndromes, and sports or war injuries. Pupillometers use infrared technology to assess an array of objective pupillary variables including size, constriction velocity, latency, and dilation velocity, which are normalized and standardized to compute the Neurological Pupil index. The NeurOptics NPi-200 Pupillometer eliminates the variability and subjectivity inherent in manual pupillary evaluation, providing more accurate, reliable, and objective pupil size and reactivity measurement for this vital component of neurological examinations.