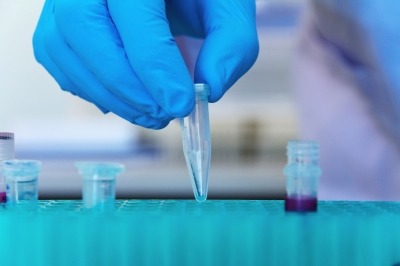 HART CVE data was presented as “Validation of a Novel AI-driven Multi-biomarker Panel for Accurate Prediction of Incident Cardiovascular Events in Patients with Suspected Myocardial Infarction.”

The study was conducted by the University Heart Center in Hamburg, Germany and led by Dr. Dirk Westermann, Head of the Structural Heart Program. In this study, 748 patients presenting to the emergency room suspected of having a heart attack were followed for one year to assess future cardiac events, including heart attack and cardiac death.

Prevencio’s HART CVE had high accuracy for predicting future cardiac events. The results included an area under receiver operating curve (AUC) of 0.86, a high negative predictive value of 99.4%, and a sensitivity of 86.4%.

Commenting on the study, Dr. Westermann said, “We were impressed with the high accuracy of the HART CVE test and look forward to publishing the data later this year as well as presenting robust data on HART CAD at European Society of Cardiology Scientific Sessions in September.” Westermann added, “The artificial intelligence, multi-protein approach is novel in cardiology and our data demonstrates the power of the HART platform that Prevencio has developed.”

A 500-patient HART CAD study from the INOVA Heart & Vascular Institute in Virginia was also presented at ACC. The study, “Validation of Novel Biomarker-Clinical Score to Predict Presence of Obstructive Coronary Disease,” was led by Dr. Christopher deFilippi, Vice-Chair of Academic Affairs.

Dr. deFilippi stated, “There has been a long-standing need for more accurate, noninvasive cardiac tests, and we are excited to be working on the next generation of diagnostic tests. Using the same algorithmic model and cutoff developed at Massachusetts General Hospital, these studies clearly confirm the accuracy of these tests in a variety of clinical settings and patient populations.”

Rhonda Rhyne, Prevencio’s Chief Executive Officer, added, “These two large external validation studies were critical next steps in further demonstrating the accuracy of our two lead tests. The studies will be submitted to peer-reviewed journals, which will add to our five-existing peer-reviewed publications.”

Rhyne concluded, “We are very grateful for our ongoing collaboration with Dr. Januzzi, MGH researchers, Myriad RBM, and our investors, along with our newest partners at the University Heart Center at Hamburg and INOVA Heart & Vascular Institute.”

Powered by AI, Prevencio is revolutionizing blood tests for cardiovascular disease. Employing this novel approach, the company has developed six blood tests to-date that significantly improve diagnoses for a variety of heart and blood vessel-related complications.