A team from the Northwestern University has developed soft and flexible body sensors that will replace tangle of wire-based sensors which are presently used for monitoring babies in hospitals’ neonatal intensive care units (NICU). 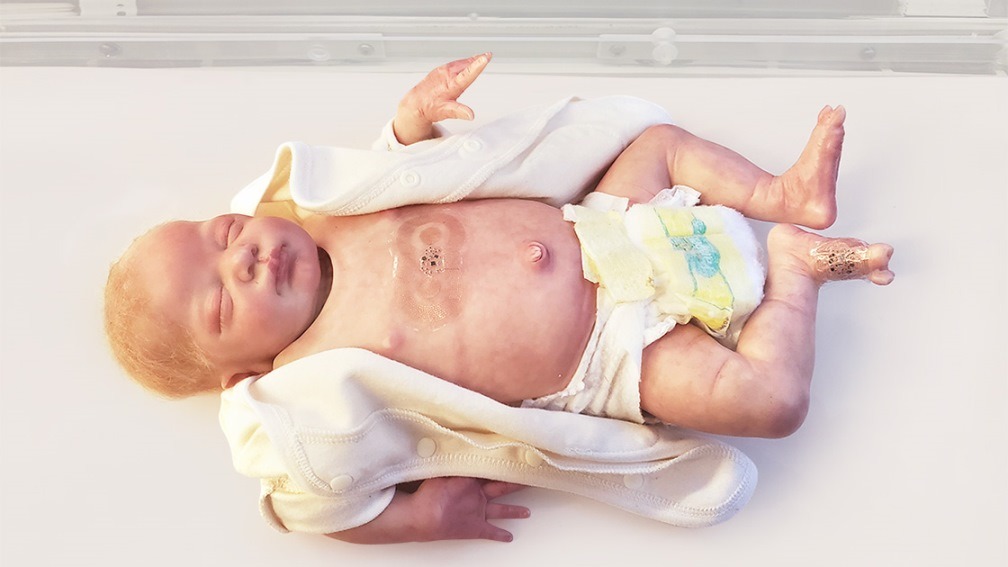 The Northwestern University team had recently completed a collection human studies on premature babies at Prentice Women’s Hospital and the Ann & Robert H. Lurie Children’s Hospital in Chicago and stated that the wireless infant sensors provided data as precise and accurate compared to that from traditional monitoring systems.

The mass of wires that surround newborns in the NICU are touted to be bigger than the babies themselves. About five to six wires connect electrodes on each baby for monitoring breathing, blood pressure, blood oxygen, heartbeat and more.

Although these wires ensure the health and safety of the baby, they constrain the baby’s movements and pose a major barrier to the physical bonding during the critical period of development.

The wireless patches are claimed to be gentler on a newborn baby’s fragile skin and allow for more skin-to-skin contact with the parent.

The study from the Northwestern University, which involved materials scientists, engineers, dermatologists and pediatricians, was published in the journal Science.

In the study, initial data was collected from more than 20 babies wearing the wireless sensors alongside traditional monitoring systems, so Northwestern researchers could do a side-by-side, quantitative comparison. Since then, the team has conducted successful tests with more than 70 babies in the NICU.

Northwestern University faculty and the technology development leader John A. Rogers said: “We wanted to eliminate the rat’s nest of wires and aggressive adhesives associated with existing hardware systems and replace them with something safer, more patient-centric and more compatible with parent-child interaction.

“Our wireless, battery-free, skin-like devices give up nothing in terms of range of measurement, accuracy and precision — and they even provide advanced measurements that are clinically important but not commonly collected.”

The wireless sensors are also claimed to measure more than what is possible with today’s clinical standards.

The dual wireless sensors can measure babies’ vital signs such as heart rate, respiration rate and body temperature, from opposite ends of the body. One sensor lies across the baby’s chest or back, while the other sensor wraps around a foot. The strategy lets physicians to gather an infant’s core temperature as well as body temperature from a peripheral region.

Physicians also can measure blood pressure by continuously tracking when the pulse leaves the heart and arrives at the foot. Currently, there is not a good way to collect a reliable blood pressure measurement. A blood pressure cuff can bruise or damage an infant’s fragile skin.

Another option is to insert a catheter into an artery, which could be tricky because of the small diameter of a premature newborn’s blood vessels. It comes with the risk of infection, clotting and even death.