Next Step Bionics & Prosthetics has unveiled what is claimed to be the world’s first Osseointegrated LUKE Arm Prosthesis. 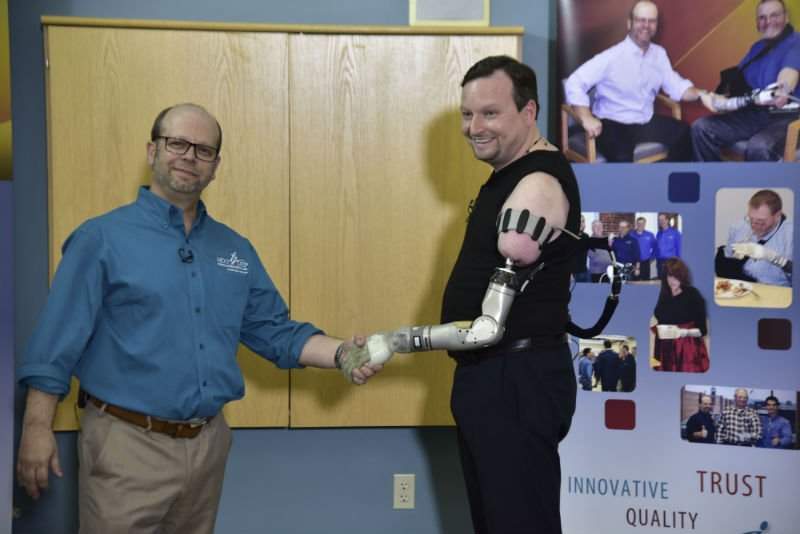 Next Step conducted the first public demonstration of the LUKE arm prosthesis and the fitting that makes it possible to have it integrated into the patient’s living bone and controlled by muscle movements in the remaining limb at a news conference this morning at Next Step’s headquarters in the Med-Tech Mill Yard in Manchester.

Moore was initially fit with a LUKE arm prosthesis but quickly realized he wanted more than what the socket technology could provide. He opted to undergo osseointegration surgery by Munjed Al Muderis, orthopedic surgeon and clinical lecturer at Macquarie University and The Australian School of Advanced Medicine, Sydney, Australia. Osseointegration allows the prosthesis to be anchored directly to the bone, giving patients freedom of movement, eliminating the need for a socket.

World’s first osseointegrated LUKE arm recipient Junius Moore said “I’m thankful for the opportunity to show what is possible with prosthetic advancements. My goal is to give other amputees hope that they will also be able to take advantage of these incredible advancements that have allowed me to have a working arm.”