In the wake of changes in EU rules concerning the traceability of medical device products, contract manufacturers in the single market look likely to be placed under increased scrutiny by regulators in the coming years. Medical Device Developments investigates the events that led to the reform, and what it truly means for the industry, from injection moulding to prostheses. 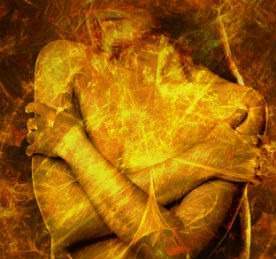 For patients who underwent breast enlargement surgery using implants manufactured by the French company Poly Implant Prothèse (PIP), the risk of those products rupturing after the operation is twice as likely than if other variants had been used. In the case of rupture, the silicone gel contained inside the implant leaks, often resulting in scar tissue forming inside the breast. Usually, the impact on the daily life of the victim is minimal – there will be slight pain and inflammation, but no increased risk of cancer – but removal of the implant is far more difficult.

The impact of the PIP scandal has radiated outwards to all levels of the medical devices market. Around 300,000 women, mostly in South America and Europe, were affected, with several national governments footing the bill for the operations required to remove the faulty implants (in the UK, it was ruled that the National Health Service would remove and replace them at no cost to the patient). The founder of PIP, Jean-Claude Mas, was eventually sentenced to four years imprisonment for fraud, with several executives lower down the corporate ladder receiving lighter punishments. TÜV Rheinland, the German company that had granted the necessary safety certificates to PIP, allowing it to sell its implants within the single market, was ordered to pay damages to almost 1,600 women and six implant distributors. The victims were subsequently told to repay the sum they had received when the decision was reversed on appeal.

The incident prompted EU regulators to rethink how they approach safeguarding the quality of the medical devices sold across the single market. After a lengthy consultation process involving industry stakeholders, medical authorities and the European Council and Parliament, this year will see a new draft of laws pertaining to the regulation of devices and diagnostics. The intention is that the new Medical Devices Regulation and In-Vitro Medical Devices Regulation will come into force by 2021, enough time for medical OEMs to revise their operating procedures and for member states to ready themselves for the new framework. The question remains, however, as to what degree this will impact the operations of a vital component within the medical device supply chain: that of the contract manufacturer.

The work done by contracting manufacturing organisations (CMOs) has become the lifeblood of the European medical device industry. Over a period of two decades, medical OEMs have effectively transitioned from a situation where many of their production requirements could be kept in-house at low cost to outsourcing much of their product development and manufacturing needs to smaller, more specialised engineering firms as the cost and complexity of medical devices has risen.

Although initially cautious – medical OEMs were often unsure to begin with as to the competence of the companies
they were trusting to manufacture key components of their designs – by 2011 the global outsourcing market stood at $36.9 billion. The model offers obvious advantages. The time in which it takes to get a product to market is substantially reduced and outsourcing some of these verticals would, in theory, permit OEMs to shift resources to more pressing concerns within the business.

One key example in this regard has been the rise of metal injection moulding (MIM). A method whereby biocompatible components can be manufactured at a lower cost than if the products are conventionally machined – in some cases, for a tenth of the price – MIM is also a manufacturing capability that is almost impossible to replicate in-house for most OEMs. This is partly down to the relatively high start-up costs associated with the process, with capital expenditure sometimes exceeding $5 million before production has even commenced. Nevertheless, MIM is being increasingly adopted by OEMs to manufacture robotic arms, biopsy jaws, saw guides and bone drills. By driving these kinds of efficiencies, medical device manufactures are in a better position than ever before to take advantage of a burgeoning demand for their products.

Nevertheless, this is a working relationship underpinned entirely by trust: put simply, the designers have to know for certain that the blueprints they have delivered to their chosen CMO will be followed to the letter, and that the products will be realised using materials that are safe for use in a medical context. It is partly for this reason that the new draft regulations on medical devices by the European Commission are being watched with bated breath. A case in point is the agreement between MEPs and the presidency of the council in May 2016 regarding new limitations on the use of carcinogenic, mutagenic or endocrine-disrupting materials in implantable devices. While the measures will undoubtedly prove logical in the long run, at the time, they were greeted with the kind of language that indicated a lingering level of mistrust among EU officials of CMO practices since the PIP scandal. “Patients want to be confident that the devices used to treat them or even implanted in them are safe and effective,” says Glenis Willmott, MEP and rapporteur on medical devices for the parliament’s committee on public health. Peter Liese MEP, rapporteur on in-vitro devices, takes an even stronger stance: “The new regulation is good for patients, puts an end to fraudulent and shady producers and thereby also strengthens respectable producers.”

Regulations are also being tightened on the compliance side of contract manufacturing. The first line of defence against poorly made devices will come in the form of independent ‘notified bodies’ that will check the compliance of any device against the new rules. These agencies in turn will be monitored by national regulators. Additionally, medical OEMs will have to build their own post-market surveillance system (PMSS) to guarantee that any faults encountered in their equipment can be rectified as soon as possible. This PMSS, the draft states, will have to “actively and systematically gather, record and analyse relevant data on the quality, performance and safety of a device throughout its lifetime.”

Certainly, the medical technology sector has not refrained from casting aspersions upon aspects of the new regime. Industry body MedTech Europe has previously stated that the European Council’s proposals for the widespread premarket checking of products would only “serve to adversely impact the innovation and growth of the medical device industry”.  The statement was illuminating insofar as it touched on both the reputational challenges that the medical devices sector has suffered since the PIP scandal and the increased compliance requirements that will have to be sustained in the long term by the industry.

According to Rob Packard, president of consulting firm Medical Device Academy, a rise in inspections – almost anticipating the implementation of the new draft – has already begun to affect the revenue streams of many European OEMs. Before the publication of the latest draft of the new rules, this attention reached its height in 2014, when the European Commission recommended that producers of Class 3 devices would be audited, unannounced, throughout the year. This is predicted to continue, according to Packard, not least because of a general impression among EU regulators that the previous regime was too lax in its expectations of CMO accountability. “In the past, if a supplier outsourced operations like heat treatment, coatings or laser marking to a third party, the manufacturer was seldom aware of who was conducting the work,” he writes in MD+DI’s ‘DeviceTalk’ blog. “The only ‘control’ of a supplier’s supply chain was the requirement that any changes to suppliers be communicated to the manufacturer as a change notification.”

Since the PIP scandal, however, suppliers can now fully expect an increased number of inspections in all sides of the manufacturing process. Although there are a number of years on the clock before the EU directives come into force, it is conceivable that contract manufacturers will have their resources somewhat stretched by the increased demand for accountability at all levels of the supply chain. “Manufacturers may outsource to fewer suppliers or outsource less in general,” Packard pointed out. Ultimately, his outlook is stark: “If contract manufacturers want to survive during this period of tougher European regulation, [they] need to be proactive and get additional training.”

Additionally, contract manufacturers may have to use a more nuanced approach towards both national competent authorities and notified bodies, the latter of which will likely be transformed by the new rules into de-facto regulatory agencies in their own right. Writing in Who’s Who Legal, Josefine Sommer and Maurits Lugard advise that “manufacturers should consider changing their previous approach both to general interaction with notified bodies and to how quickly they respond to specific requests. Going forward, manufacturers will need to build more trust, practice more diplomacy, and commit more resources to compliance.”

Despite these new requirements, the contract manufacturing field is predicted to go from strength to strength in the coming years. Pharmaceutical research firm Labrinth Analytics expects the global market for medical device CMOs to achieve a compound annual growth rate of up to 10.3% between 2016 and 2021. According to the firm, “Rising demand for electronic contract manufacturing devices, low-cost, speedy delivery of medical devices and growing healthcare infrastructure in the developing nations [will] boost market growth in the future.”

Arguably, this places the European medical device industry at a crossroads. The EU has traditionally fallen behind the US in terms of market share, and the lure of cost savings has attracted more and more business to India and China. The UK’s forthcoming exit from the EU also adds a new element of unpredictability. Although it has been confirmed that existing laws that comply with EU standards will remain on the statute book, it is certainly hard to imagine that a regulatory shift on the same scale as that proposed by the draft commission rules will be met with harmonised rules in the British market.

Indeed, as Brexit approaches its anticipated conclusion in early 2018, one might predict a relaxation of compliance requirements for CMOs to spur greater competition vis-à-vis the European market. This possibility effectively highlights what may turn out to be a double-edged sword for CMOs operating from the EU in that the framework designed to guarantee product quality and traceability may, in the end, prove to dampen prospects for the standard of design innovation that observers have come to expect in the European medical devices market.

Putting cybersecurity on the CFO’s agenda