Swedish researchers may have shed light on an elusive part of the science behind hearing, and the findings could lead to improved cochlear implants 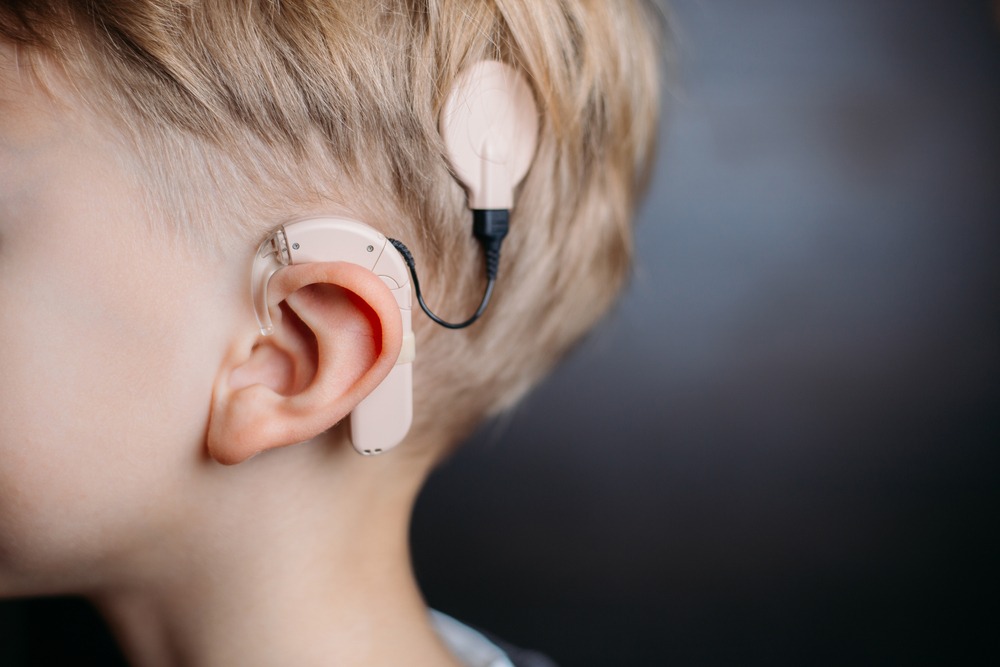 The study from Swedish researchers could influence the design of future cochlear implants (Credit: Shutterstock/Ivan Shenets)

Current cochlear implants can be a lifeline for people with a range of conditions that affect hearing – but a group of Swedish researchers believe they’ve made a discovery that could lead to improved auditory assistance devices.

Every year 1,260 people in the UK are implanted with cochlear devices; in the US, the figure is much harder to determine, but has been suggested by the National Research Centre for Audiology and Hearing Rehabilitation as being between 3,000 and 35,000.

The cochlear nerve, also known as the acoustic nerve, transfers auditory information from the cochlea – the auditory area of the inner ear – to the brain.

But cochlear implants are designed based on an understanding of mechanisms of the inner hair cells of the ear, which convert sounds into nerve signals, and the researchers from Linköping University, Sweden, have made several discoveries that challenge this interpretation.

“Cochlear implants are an amazing solution for treating hearing loss, but they can be improved,” said Pierre Hakizimana,  principal research engineer at the Department of Biomedical and Clinical Sciences at Linköping University (LiU), and principal author of a research article published this week in Nature Communications.

“A deeper understanding of how the inner hair cells are stimulated by sounds is important to optimise how cochlear implants stimulate the auditory nerve.”

How does hearing work?

In order to hear sounds, we must convert sound waves, which are compressions and decompressions of air, into electrical nerve signals that are transmitted to the brain.

This conversion takes place in the part of the inner ear known as the cochlea, due to its shape – which is reminiscent of a snail shell.

The cochlear duct houses the hearing organ, with many hair cells that are divided into outer and inner hair cells.

It’s still unclear how the inner hair cells are stimulated by sound vibrations in order to produce nerve signals, but the study by Hakizimana and colleagues may help shed some light on the process.

How does Hakizimana’s research challenge previous understanding of how hearing functions?

It has long been known that the outer hair cells are connected to a membrane that rests on top of them.

These cells have hair-like protrusions known as stereocilia that are bent and activated when sound causes the membrane and the hearing organ to vibrate.

However, the current view is that the stereocilia of the inner hair cells are not in contact with this membrane, which is known as the tectorial membrane, and that they are stimulated by sounds using a completely different mechanism.

Part of the reason this interpretation has not been challenged is that it is extremely difficult to investigate how this gelatinous membrane functions, since it shrinks as soon as it is removed from the ear.

To add to the difficulty, the membrane is transparent, and has therefore been essentially invisible – that is until now.

“We cannot see any gap between the tectorial membrane and the hair cells,” said Hakizimana.

“In contrast, the stereocilia on both outer and inner hair cells are completely embedded in the tectorial membrane.

“Our results are incompatible with the generally accepted idea that only the outer hair cells are in contact with the tectorial membrane.”

Pierre Hakizimana and his colleagues studied the inner ear of guinea pigs, which is very similar to that of humans.

When the researchers investigated the relationship between the membrane and the hair cells in more detail, they made a further discovery.

“We found calcium ducts with an appearance that we’ve never seen before,” Hakizimana added.

“These calcium ducts span the tectorial membrane and connect to the stereocilia of both the inner and the outer hair cells.”

How does the new research fit with existing findings

Hakizimana’s research group was led by Professor Anders Fridberger, who previously discovered that the tectorial membrane functions as a reservoir for calcium ions, which are needed for the hair cells to convert the sound-evoked vibrations into nerve signals.

The study has also shown that the stereocilia on the inner and outer hair cells are bent by the tectorial membrane in similar ways.

The next step for the LiU researchers will be to understand in more detail how the calcium ions are transported, and identify the protein or proteins that make up the newly-discovered calcium ducts.

As well as having a potentially leading to improved cochlear implants, Hakizimana is adamant the LiU findings will cause a paradigm shift in how we understand the science behind hearing.

“Our results allow us to describe a mechanism for how hearing functions, that is incompatible with the model that has been accepted for more than fifty years,” he said.

“The classic illustrations in the textbooks showing the hearing organ and how it functions must be updated.

“The mathematical models used in research to study hearing should also be updated to include these new findings.”

Prenetics to go public in $1.25bn SPAC deal with Artisan