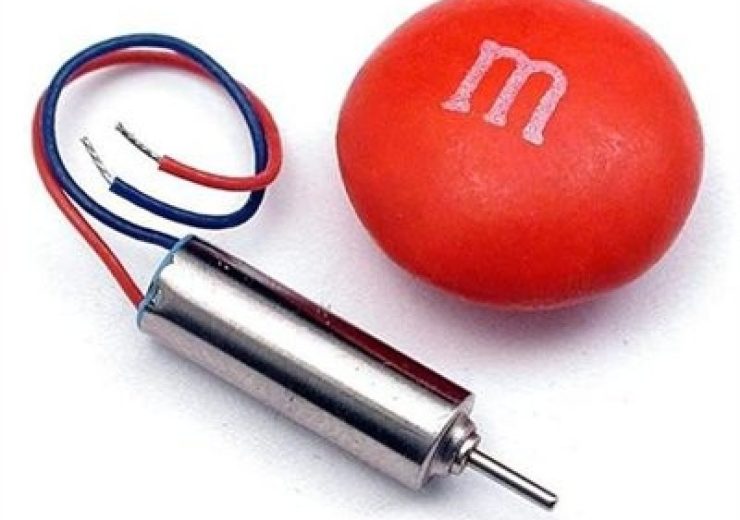 Nano-motors need to be small enough to enter the human body via blood vessels (Credit: Solarbotics)

Engineers at the University of New South Wales (UNSW) in Australia have developed micro-submarines powered by nano-motors that can travel inside the human body, self-navigating to particular locations. Kang Liang, researcher at the UNSW School of Chemical Engineering and School of Biomedical Engineering, speaks to Medical Device Developments reporter Stephanie Webster about the implications for medical devices.

Micro and nano-motors are a class of devices capable of converting chemical or external energy into mechanical motion.

Over the past decade, there has been substantial progress in the design and fabrication of these motors, demonstrating their potential as comprehensive and intelligent biomedical platforms.

Within these motors, movement is usually achieved by the conversion of one or more types of energy, such as transforming electrical or magnetic fields, light, heat, ultrasound and chemical fuels into mechanical forces.

Significant effort has been put into the development of chemically driven micro-motors because they can harvest energy from their surroundings for self-powered autonomous motion without the need for external manipulation.

Self-propelled chemical motors have shown potential for a number of applications, including controlled drug delivery, sensors and environmental remediation.

Despite recent progress in micro-motor design with different compositions, geometries and propulsion mechanisms, controlling the directional motion on demand is an ongoing challenge in the field.

Kang Liang, researcher at the UNSW School of Chemical Engineering and School of Biomedical Engineering, together with colleagues, has developed micrometre-sized submarines that exploit biological environments to tune their buoyancy.

They published their findings in the scientific journal Materials Today.

One of the unique aspects of these motors is their response to changes in biological pH environments to self-adjust their buoyancy.

In the same way that submarines use oxygen or water to flood ballast points to make them more or less buoyant, gas bubbles released or retained by the micro-motors due to the pH conditions in human cells contribute to these nanoparticles moving up or down.

“The major difference is that this system relies on buoyancy and gravity as the driving force for autonomous motion,” says Liang.

“Therefore, every single micro-motor moves to the same direction so the direction motion control is quite precise.”

This work was an extension of previous studies, where a pH-responsive protein was inserted in the micro-motors to achieve motion control, depending on the pH change.

“In this work we replaced the protein with a polymer and thought it would achieve a similar responsive,” explains Liang.

“Surprisingly, we found that this leads to completely different motions; the polymer can control the buoyancy of the micro-motors by pH changes, much like a submarine in micro scale.”

The micro-motors differ significantly from others that have been developed in terms of how they move.

“Most micro-motors travel in a two-dimensional fashion,” Liang says. “But in this work, we designed a vertical direction mechanism.

“We combined these two concepts to come up with a design of autonomous micro-motors that move in a 3D fashion.”

Developing these motors was not straightforward.

“To observe the vertical motion of small particles is quite tricky,” explains Liang.

“Microscopes only allow the examination of small particles in the x-y plane, so we had to flip our microscope 90° to ensure that it worked properly in this orientation.”

There are a number of possible applications for these motors for medical devices.

“Inside medicine, they could be used as new nano-probes for imaging a particular site within the body,” says Liang.

“They could also be used as drug delivery vehicles to carry drugs to the desired location.”

Liang envisions a possible scenario where the drugs are actually taken orally in order to treat a cancer in the stomach or in the intestines.

“Imagine you swallow a capsule to target a cancer in the gastrointestinal tract,” Liang says.

“Once in the gastrointestinal fluid, the micro-submarines carrying the medicine could be released.

“Within the fluid, they could travel to the upper or bottom region depending on the orientation of the patient – whether they are lying down or standing upright.”

At the site of the cancer the drug-loaded particles can be internalised by the cells.

“Once inside the cells, they will be degraded, causing the release of the drugs to fight the cancer in a very targeted and efficient way,” explains Liang.

Outside of these medical uses, the motors could be used for water treatments.

“Once the toxic compounds are neutralised, the micro-motors could float to the surface of water for easy collection,” says Liang.

Although it remains at a proof-of-concept stage, the results from this work are hugely promising, and thus researchers are keen to take their work forward and test out new uses for the motors, inside and outside medicine.

“Because of the modular synthesis approach, other functional units, such as different enzymes and nanocatalysts, can be included in the micro-motors to tailor their applications,” explains Liang.

“Currently, we are testing the feasibility by incorporating a range of different functional components to expand their potential.”

These developments are exciting but certainly won’t happen overnight.

“Research in biomedicine needs a lot of resources and time,” says Liang.

“The materials we use are quite unconventional, so many tests need to be done to verify their toxicity and efficacy in test tubes, animal models and, if successful, finally move to human trials.

“We will need to find a more economical method to ensure large-scale production at relatively low cost.”

This article first appeared in the 2019, Vol. 2 edition of Medical Device Developments. The full publication can be viewed here.