Motus GI Holdings has announced that the initial successful clinical cases were completed in late October with its Pure-Vu Slim Sleeve, a compatible extension to the Pure-Vu System for slim colonoscopes. 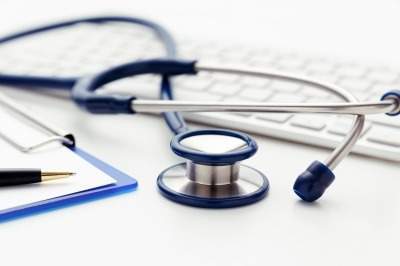 The Company recently announced that the Pure-Vu Slim Sleeve had received special 510(k) clearance from the US Food and Drug Administration (FDA).

Pure-Vu Slim Sleeve has the same cleansing performance as the standard Pure-Vu® Sleeve and both versions work with the same Pure-Vu workstation control system.

The Pure-Vu Slim Sleeve has been designed to be compatible with smaller diameter and more flexible slim colonoscopes with additional enhancements to the Company’s low friction lubricious coating technology to aid in navigation through the colon.

The Pure-Vu Slim Sleeve enables access to the full colonoscopy market where Motus GI estimates, through consultation with colonoscope manufacturing companies, approximately 30% of procedures are performed with a slim colonoscope.

In total, 15 colonoscopies were completed in the last few weeks of October at select hospitals using Pure-Vu Slim Sleeve.

Motus GI CEO Tim Moran said: “We are excited by the early clinical use feedback on the Pure-Vu Slim Sleeve, which was designed with the same stringent standards used for the Pure-Vu System.

“The Pure-Vu System has demonstrated the ability to rapidly cleanse the colon and overcome the high rates of insufficient bowel prep in the inpatient setting. With the addition of the Pure-Vu Slim Sleeve, we are able to target the full range of inpatient procedures.”

“Our focus remains on the successful execution of our ongoing REDUCE clinical trial, launch of our EXPEDITE study, and our expanding market development programs with leading U.S. hospitals that are utilizing the Pure-Vu System on a pilot basis. We will continue to drive the completion of these key activities and milestones in advance of our commercial launch in 2019.”

The Pure-Vu System generates a proprietary pulsed vortex mixture of water and air to safely remove debris from the colon mucosa while simultaneously evacuating the bowel contents, clearing the way for the endoscopist to perform a quality examination even when the patient does not or is not able to complete a successful prep on his or her own.

The Pure-Vu System consists of a disposable sleeve, now available in standard and slim versions, which fits over a colonoscope without interfering with the working channel, as well a workstation controller.

Motus GI’s clinical trials, such as the ongoing REDUCE study and its upcoming EXPEDITE study, are designed to evaluate the Pure-Vu System’s ability to rapidly cleanse the colon intra-procedurally during emergent colonoscopies done on an inpatient basis in hospitals, and to assess the Pure-Vu System’s ability to reduce the time to successful diagnosis and eliminate delays, costs and complications associated with conventional bowel preparation requirements.