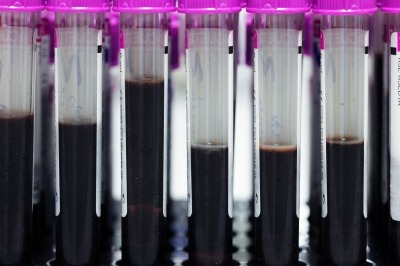 The legal action demands that Kurin stop infringing on Magnolia’s well-established patents, and respect the investments made by Magnolia to create, develop, and bring to market its groundbreaking and evidence-based technology platform that improves sepsis testing accuracy. Magnolia is the inventor and manufacturer of Steripath, the first-of-its-kind technology solution clinically documented to reduce blood culture contamination and false-positive results for sepsis and decrease healthcare costs.

Magnolia’s history is rooted in innovation that serves patients and hospitals. For more than 40 years, Dr. Richard Patton saw first-hand as a pathologist the many problems resulting from false-positive test results for bloodstream infections, including sepsis. He filed his first patent application on Initial Specimen Diversion Technique (ISDT) in 2006, and co-founded Magnolia with Greg Bullington in 2008. They have invested substantial time and personal resources into the research and development underlying Magnolia’s technology platform and products that increase the accuracy of testing for sepsis, which is the number one cause of death in U.S. hospitals. Magnolia invented and brought to market the novel and innovative Initial Specimen Diversion Device (ISDD) for blood culture collection and contamination reduction, now in its second generation called Steripath Gen2 ISDD.

Steripath — Magnolia’s preassembled vein-to-bottle, closed-sterile-system to collect blood cultures — reduces contamination and false-positive results by up to 92 percent with 12-month sustained contamination rates as low as 0.2 percent. This improvement in accuracy reduces patients’ risk of sepsis misdiagnosis and the associated unnecessary use of antibiotics, while reducing hospital length of stay. Steripath has demonstrated this clinical improvement as well as reduced hospital costs in two controlled clinical studies and one cost-effectiveness study published in leading peer-reviewed medical journals, along with eight clinical abstracts presented at the major national medical society conferences.

“Magnolia uses its technology to decrease patient risk by reducing misdiagnosis and mistreatment of sepsis, which also strongly supports antibiotic stewardship,” said Greg Bullington, CEO of Magnolia Medical Technologies. “Dr. Richard Patton and I have spent more than a decade developing unique medical innovations that deliver scientifically proven results, and we are committed to making sure Steripath and its future are appropriately protected, ensuring that patients and hospitals will benefit from Magnolia’s technology.”