An innovation to one lung-on-chip device increases the similarities between the model and a human lung, offering several positive research benefits 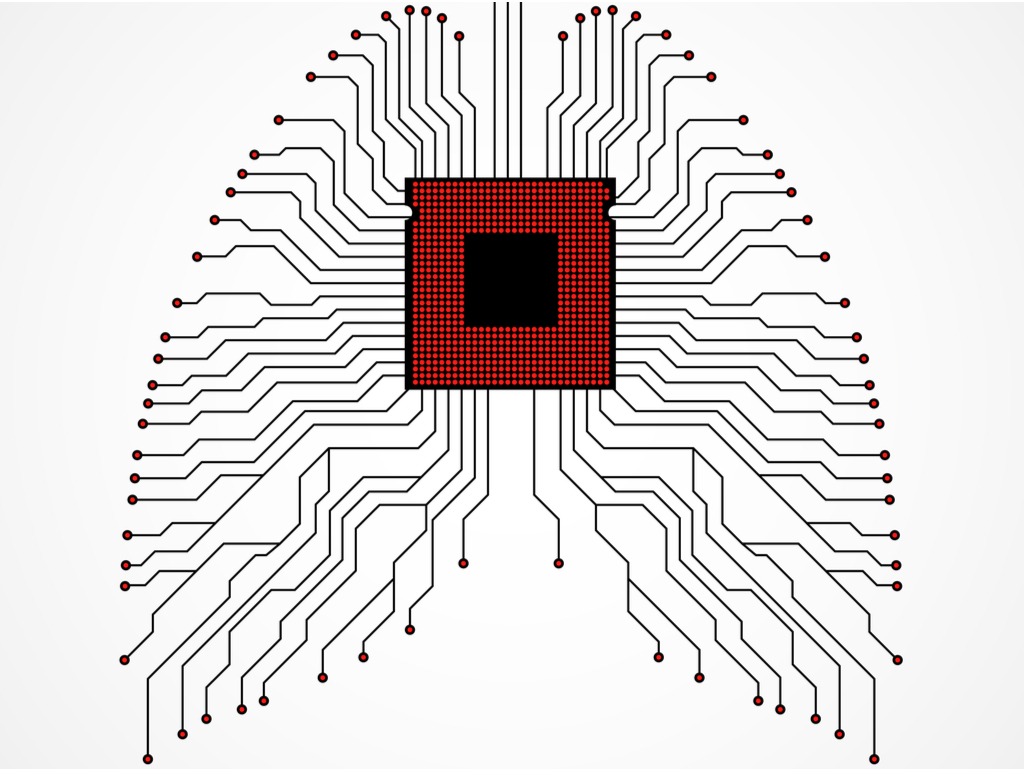 Lung-on-chip technology is a field of study that seeks to reproduce the functionality of the lungs outside of the body (Credit: Shutterstock/ Vladystock)

Diseases that afflict the lungs are one of the leading causes of death worldwide, which is why researchers are looking to avenues like the lung-on-chip device to better understand certain pathologies and potential treatments.

The breakthrough of organ-on-chip as a workable means of researching diseases was made in the 1990s by Cornell University biomedical engineering professor Michael Shuler, but it wasn’t until 2010 that a team at Harvard’s Wyss Institute, led by Donald Ingber, produced the first successful chip, which was a lung model.

Since then, a specialised laboratory of the ARTORG Center for Biomedical Engineering Research, University of Bern, Switzerland, headed by Olivier Guenat, has been developing a new generation of the lung-on-chip device that better mimics the organ.

But while the first-generation device from Guenat’s Organs-on-Chip (OOC) Technologies Group used a polymer-based membrane called polydimethylsiloxane to mimic the microcellular environment of the lung – the second-generation uses biomaterials that occur naturally in the lungs.

“The new lung-on-chip reproduces an array of alveoli with in vivo like dimensions,” said Pauline Zamprogno, who developed the new model for her PhD thesis under Guenat.

“It is based on a thin, stretchable membrane, made with molecules naturally found in the lung: collagen and elastin.

“The membrane is stable, can be cultured on both sides for weeks, is biodegradable and its elastic properties allow mimicking respiratory motions by mechanically stretching the cells.”

Cells to be cultured on the new chip for research are currently obtained from cancer patients undergoing lung resections at the Department of Thoracic Surgery at the Inselspital – also known as the University Hospital of Bern due to its affiliation with the higher education institution.

“The second generation lung-on-chip can be seeded with either healthy or diseased lung alveolar cells.

“This provides clinicians with both a better understanding of the lung’s physiology and a predictive tool for drug screening and potentially also for precision medicine, identifying the specific therapy with the best potential of helping a particular patient.”

Thomas Geiser, head of the Department of Pneumology at the Inselspital, believes the applications for the lung-on-chip device could encompass many diseases.

“The applications for such membranes are broad, from basic science investigations into lung functionalities and pathologies, to identifying new pathways, and to a more efficient discovery of potential new therapies,” he added.

The new biological lung-on-chip will be further developed by Zamprogno and her colleagues from the OOC Technologies group to mimic a lung with idiopathic pulmonary fibrosis (IPF), a chronic disease of the lung leading to progressive scarring of the lung tissue.

“My new project consists in the development of an IPF-on-chip model based on the biological membrane,” said Zamprogno.

“So far, we have developed a healthy air-blood barrier. Now it’s time to use it to investigate a real biological question.”

Organ-on-chip devices could be used to reduce animal testing

Zamprogno’s research project is being funded by the Swiss 3R Competence Center (3RCC) – an organisation that seeks out and supports methods that could reduce animal testing.

Guenat himself sees this as an additional bonus to enhancing the clinical validity of lung-disease research by modelling the human lung.

“Many promising drug candidates successfully tested in preclinical models on rodents have failed when tested in humans due to differences between the species and in the expression of a lung disease,” he explained.

“This is why, in the long term, we aim to reduce animal testing and provide more patient-relevant systems for drug screening with the possibility of tailoring models to specific patients, by seeding organs-on-chip with their own cells.”

Guenat created start-up AlevoliX as the company through which he could commercialise the first lung-on-chip and market it to researchers, and the second iteration improved on by Zamprogno is likely to be added as a product soon.

The journey to mimic the human lung hasn’t ended here though, as a second research project is underway aimed at developing a functional lung microvasculature.

Here, lung endothelial cells would be seeded in a micro-engineered environment, where they self-assemble to build a network of perfusable and contractile microvessels of only a few tens of micrometers in diameter.