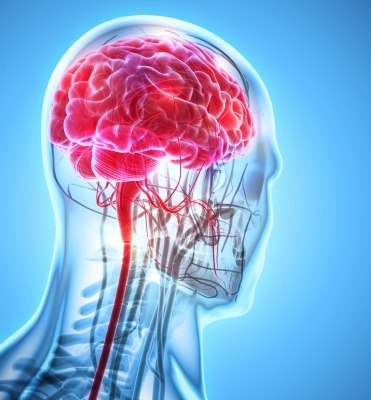 Image: LivaNova announces Final Decision from the US Centers for Medicare & Medicaid Services for VNS Therapy for treatment-resistant depression. Photo: Courtesy of yodiyim/FreeDigitalPhotos.net.

Per its final decision, CMS has modified the NCD for VNS Therapy for TRD to include feedback received during the comment period in a manner that aligns the Coverage with Evidence Development (CED) framework with current indications and standard of practice for clinical study design in this disease state. This final decision initiates coverage for Medicare beneficiaries through CED when offered in a CMS-approved, double-blind, randomized, placebo-controlled trial with a follow-up duration of at least one year, as well as the coverage of VNS Therapy device replacement. The CED also includes the possibility to extend the study to a prospective longitudinal study.

“As part of our commitment to improving the lives of patients around the world, LivaNova requested that CMS formally reconsider coverage for VNS Therapy for Treatment-Resistant Depression,” said Damien McDonald, Chief Executive Officer of LivaNova. “We applaud CMS for taking this considerable step to provide increased access to treatment through Coverage with Evidence Development. We are pleased that CMS has expanded the potential beneficiaries of this therapy by including patients with bipolar disorder, an important and underserved patient population. Further, CMS expanded its research questions to include response to treatment, providing a much better gauge of benefit in this very ill patient population. Overall, this decision will help the large number of people who suffer from TRD receive access to an affordable, potentially life-altering treatment option.”

In October 2017, LivaNova submitted a letter to CMS requesting a formal reconsideration of the NCD for VNS Therapy for TRD. In May 2018, CMS accepted the request and published a tracking sheet to initiate a national coverage analysis and opened a public comment period, marking the first time CMS had opened the NCD in 10 years.

In November 2018, CMS released a Proposed Decision Memo proposing to cover VNS devices that are approved by the U.S. Food and Drug Administration for TRD through CED. After another public comment period, CMS issued its Final Decision Memo today.

“Not only does the science support that VNS for TRD works, but we have seen first-hand the profound impact it has on the lives of patients,” said Dr. Charles R. Conway, Director of the Washington University Center for Advancement of Research in Resistant Mood and Affective Disorders. “We have implanted more than 80 TRD patients with VNS devices, many of whom were on Medicare disability and completely incapacitated by their depressive illness, oftentimes for years or decades. With VNS treatment, we have seen them go on to lead productive lives, in most cases, the effects of the treatment are sustained—unlike most antidepressant treatments in TRD. This treatment is highly effective and significantly changes, and may even save, lives.”

LivaNova intends to submit a clinical study protocol to CMS for consideration and to be conducted in accordance with the agency’s NCD. Dr. Conway will serve as Principal Investigator for the study. Enrollment will likely begin in third quarter 2019, and could take as long as 18 months to enroll approximately 500 patients at a minimum of 40 sites.

“Medicare coverage for TRD patients is critical. Depression is the leading cause of disability in the U.S. Patients with TRD are often younger than the typical Medicare beneficiary and will likely become eligible for Medicare as a result of disability, not age,” said Edward Andrle, General Manager of Neuromodulation at LivaNova. “We believe that TRD is an area of high unmet medical need and an area where LivaNova can make a difference and improve the lives of patients.”