Healint, a developer and owner of Migraine Buddy migraine tracking and research platform, announced new insights on the prevalence of anxiety and depression in conjunction with migraine in the US. 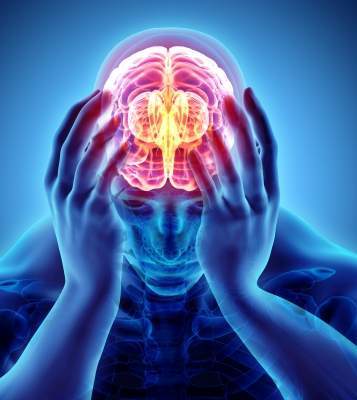 Image: Healint has announced new insights on prevalence of anxiety and depression in conjunction with migraine in the US. Photo: courtesy of yodiyim / FreeDigitalPhotos.net.

These insights are an extension of the study on the impact of migraine on work productivity, presented together with Novartis Pharma AG at the Fourth Congress of the European Academy of Neurology (EAN) on June 16, 2018, and based on the self-reported data-points shared by Migraine Buddy application users.

Migraine is a debilitating neurological condition that affects 39 million women, men and children in the U.S. and 1 billion individuals worldwide.

Healint founder and CEO Francois Cadiou said: “Clearly, migraine is a very common condition but unfortunately has been significantly underestimated and often ignored.

“Supported by our one million person strong Migraine Buddy© community, we are studying the link between migraine, depression and anxiety with leading researchers on a global scale. Innovative technology, as implemented in Migraine Buddy, can help patients and their doctors better understand, diagnose and treat this complex condition for the best possible outcomes.

“Uncovering just how much migraines affect such a large part of the population can help shed light on this global burden.”

Patient-reported, real-world evidence recorded on the Migraine Buddy© platform collected in April of 2018 shows that:

About 43 percent of a sample of 43,189 migraineurs (n =18,484) suffered from anxiety and/or depression during at least one migraine attack

About 37 percent (n = 16,177) reported anxiety, which was more commonly reported than depression with about 20 percent of the respondents experiencing it (n = 8,782)

Both anxiety and depression increased with increasing migraine chronicity, i.e. the number of days in a month that the person experienced migraine

Cadiou notes, “Anxiety and depressive moods are often considered as triggers of a migraine attack for people who live with this complex condition. Healint’s unique real-world evidence suggests, however, that anxiety and depression may result from migraine, not the other way around.

“Our goal with Migraine Buddy’s innovative tracking capabilities is always to help doctors identify the best treatment choice for each patient, using patient-reported real-world and clinical evidence. The combination of the right treatments and lifestyle adjustments can yield the best outcome for the patient, and reduce the societal and economic burden of migraines.”

To further support people living with migraines, Healint has formed a global alliance with Novartis Pharma AG which includes joint support of the Migraine Buddy© mobile application to support the patient-physician conversation which may ultimately lead to a better patient care.

Novartis Pharma neuroscience World Wide business head Lisa Deschamps said: “Our alliance with Healint is a testament to our commitment to the migraine community and those with this common, debilitating, and complex disease.

“Migraine Buddy© helps people with migraine identify triggers, track the course of their attacks, and gain insight into their condition. By joining forces with Healint, we aim to support people with migraine, and provide them with an innovative solution to better manage this disease’s impact.”

Additionally, Novartis has launched a pilot program in Switzerland which includes free migraine coaching and access to an exclusive version of the Migraine Buddy application to its employees for the purpose of symptom tracking and delivery of digital coaching elements, including personalized health and lifestyle advice.

Early results from an experimental study conducted by Healint show that a combination of lifestyle and dietary interventions can lead to up to 60 percent reduction in monthly migraine days in people receptive to known migraine food triggers, such as amines, salicylates and glutamate.