GlaxoSmithKline (GSK) has secured approval from the US Food and Drug Administration (FDA) for two new methods for administering Nucala (mepolizumab), an autoinjector and a pre-filled safety syringe. 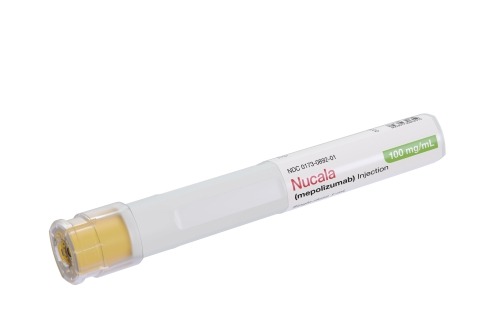 The approval will enable people with severe eosinophilic asthma (SEA) or the rare disease eosinophilic granulomatosis with polyangiitis (EGPA) to administer Nucala outside of a clinical setting by a patient or caregiver after their healthcare professional decides it is appropriate.

The original lyophilised powder version will continue to be available for administration by a healthcare professional, said GSK.

GSK chief scientific officer and R&D president Dr Hal Barron said: : “Nucala’s efficacy is well-established and this approval means that, for the first time, we are able to provide patients living with these debilitating conditions the option of receiving this important medicine in their own home.”

The approval was based on data from two open-label and single-arm, phase IIIa studies, which assessed the real-world use of Nucala administered via the new options in-clinic and at home by patients with SEA or by their caregivers.

Both studies demonstrate that patients have been able to successfully self-administer treatment with both the autoinjector and pre-filled syringe after appropriate training.

According to the company, the majority of patients preferred at home self-administration options compared against in-clinic administration.

A further open-label, parallel-group and single-dose study affirmed that that the pharmacokinetic and pharmacodynamic profile of Nucala administered through pre-filled syringe or autoinjector was comparable to the originally approved lyophilised formulation.

Mepolizumab, which was first approved in 2015, is the first-in-class monoclonal antibody that targets IL-5. It is supposed to work by preventing IL-5 from binding to its receptor on the surface of eosinophils.

Mepolizumab has been assessed in more than 3,000 patients in 21 clinical trials across a number of eosinophilic indications. It was approved in the US, Europe and in more than 20 other markets, as an add-on maintenance treatment for patients with severe eosinophilic asthma.