Researchers at IBM have developed a prototype of a first-of-a-kind ‘fingernail sensor’ that uses artificial intelligence (AI) and machine learning to help monitor and analyze human health as well as disease progression. 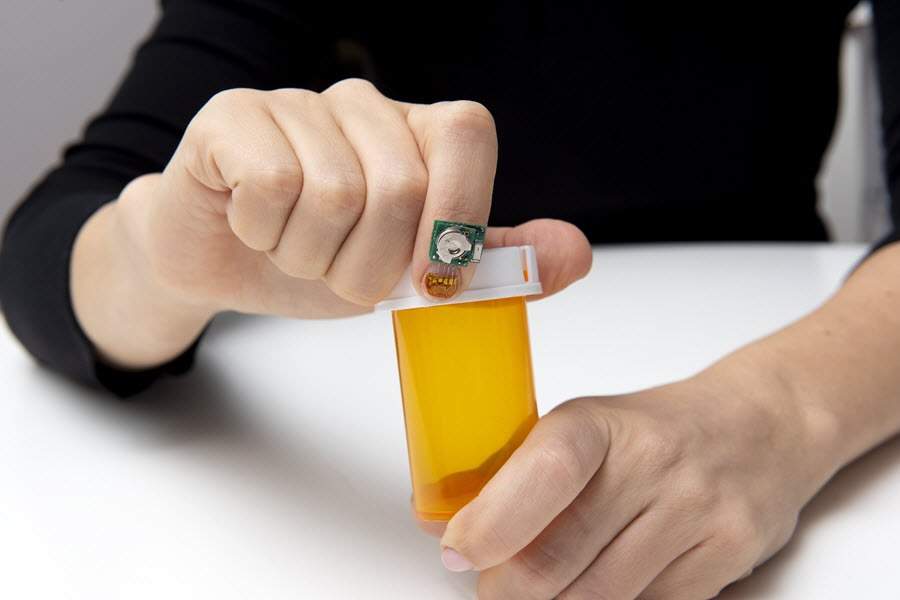 Image: Fingernail sensor that can monitor your activities/health. Photo: Courtesy of IBM.

The wearable, wireless device constantly measures how a person’s fingernail bends and moves, which is an indicator of grip strength.

Grip strength has been associated with the effectiveness of medication in people suffering from Parkinson’s disease, cognitive function in schizophrenics, individual’s cardiovascular health, and all-cause mortality in geriatrics.

According to IBM Research, skin-based sensors help capture things such as motion, health of muscles and nerve cells, or changes in sweat gland activity, which reflect the intensity of a person’s emotional state, but can result in problems, including infection with older patients.

However, the new system uses signals from the fingernail bends, such as the tactile sensing of pressure, temperature, surface textures and more, and use AI and machine learning to analyze and derive valuable insights from that data.

It said that fingernails bend and move in stereotypic ways when used for gripping, grasping, and even flexing and extending the fingers.

Such deformation usually occurs in single-digit microns and not visible to the naked eye. However, it can be easily detected with strain gauge sensors.

As nails are tough, the team glued a sensor system to a fingernail without worrying about issues associated with attaching to skin and the dynamometer experiments showed that consistent signal could be extracted from the nail to give good grip force prediction.

The IBM Research team has also found that it is possible to deconvolve subtle finger movements from nail deformation.

The system comprises strain gauges attached to the fingernail and a small computer that samples strain values, collects accelerometer data and communicates with a smart watch.

The watch also runs machine learning models to rate bradykinesia, tremor, and dyskinesia, which are all symptoms of Parkinson’s disease.

The team said that by pushing computation to the end of the fingers, it has found a new use for nails by detecting and characterizing their subtle movements.

With the sensor, health state insights can be obtained and also enable a new type of user interface.

It said: “With the sensor, we can derive health state insights and enable a new type of user interface. This work has also served as the inspiration for a new device modelled on the structure of the fingertip that could one day help quadriplegics communicate.”

The research has been published in the journal, Scientific Reports.