FemPulse, a private and clinical-stage bioelectronic medicine company developing a novel therapy for the personalized treatment of overactive bladder (OAB) in women, announced enrollment of first patients at each of the centers participating in its EVANESCE-OAB (evaluation of a non-implanted electrical stimulation continence device for overactive bladder) US clinical trial. 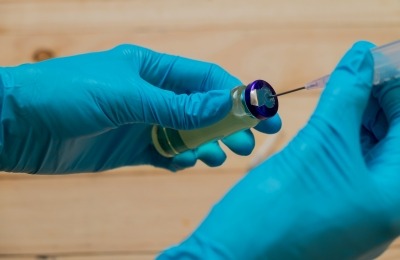 This study will evaluate the treatment of OAB in a home or at-work setting using the Company’s proprietary medical device, the FemPulse System.

“Many available treatments for OAB are inadequate for many patients and have numerous intolerable side effects. Conventional neuromodulation therapies, while proven to be effective, can be invasive and costly,” stated Dr. Suzette E. Sutherland, MD, MS, FPMRS, Director of Female Urology and Associate Professor, Department of Urology, University of Washington School of Medicine in Seattle.

“The wearable FemPulse System takes a novel approach to delivering neuromodulation therapy and has the potential to address a large, unmet need among women. The development of this treatment could offer a promising method for managing our patients and I look forward to completing this very important study.”

Alexandra Haessler, MD, FPMRS, FemPulse Founder and Chief Medical Officer, added, “The initiation of patient enrollment in our EVANESCE-OAB clinical trial is a significant milestone that further validates the need for a convenient and effective solution for women suffering from OAB.

“We estimate one in six women are affected by OAB, which often has a negative impact on quality of life. We remain excited as we continue pioneering the use of bioelectronic medicine as a first line alternative to medications, which have significant drawbacks that frequently result in considerable discontinuation rates after only the first or second refill despite the chronic nature of OAB.”

The FemPulse System is a non-implanted, vaginal ring intended to provide mild nerve stimulation that is not felt by the patient but is sufficient enough to help regulate bladder sensation and relieve the symptoms of OAB.

The device is a disposable, wearable device, which patients can place and remove on their own and control with a smartphone app. It delivers personalized, discreet therapy at a fraction of the cost of invasive, implantable systems.

The EVANESCE-OAB trial is a prospective, randomized, sham-controlled, non-significant risk clinical investigation. The study will enroll 21 patients across three sites to assess the treatment of adult women with a diagnosis of overactive bladder. The primary purpose of this trial is to evaluate the safety and performance of FemPulse’s proprietary device, as well as its potential for improving the burdensome symptoms associated with OAB. The company anticipates data readout in the second half of 2019.