Through activity-based and BCI-assisted training sessions, individuals with SCI will conduct tasks while receiving cervical stimulation 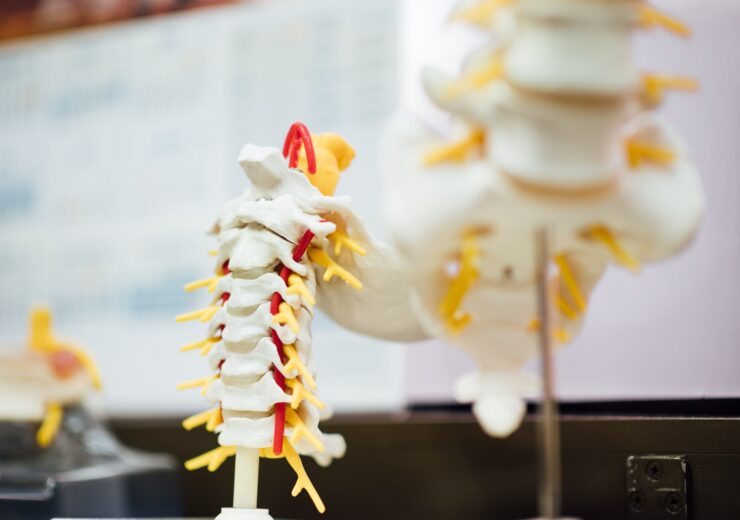 The Feinstein Institutes for Medical Research have been awarded a five-year, $3.6 million grant from the New York State Department of Health. (Credit: CHUTTERSNAP on Unsplash)

The spinal cord plays a vital role in the human body – it acts as the information highway sending signals to and from our brain, helping to control our movements and process sensations. When someone suffers a spinal cord injury (SCI) it can lead to paralysis, sometimes in all four limbs. To better understand what happens to the brain and body after a SCI and to develop new methods of treatment using bioelectronic medicine to regain movement and sensation, researchers at The Feinstein Institutes for Medical Research have been awarded a five-year, $3.6 million grant from the New York State Department of Health to study spinal cord stimulation and novel brain implant technology.

The research study, led by Chad Bouton, vice president of advanced engineering and professor at the Institute of Bioelectronic Medicine at the Feinstein Institutes, along with co-principal investigators Ashesh Mehta, MD, PhD, from the Feinstein Institutes, and Susan Harkema, PhD, at the University of Louisville, will assess if cervical stimulation – alone and in combination with brain implants – could promote lasting movement.

“Losing movement in all four limbs makes tasks like getting out of bed, brushing your teeth, and getting dressed impossible. There is a drastic deterioration in quality of life and currently there is no cure for permanent paralysis,” said Prof. Bouton, the study’s principal investigator. “With the state’s generous support, we have the potential to study new bioelectronic medicine solutions that could restore movement for those living with spinal cord injuries.”

Previous research from Prof. Bouton, Dr. Santosh Chandrasekaran, a researcher with the Feinstein Institutes, and their colleagues shows that cervical stimulation applied at the base of the neck can lead to improved recovery after injury. The new study will analyze the combination of cervical stimulation and brain-computer interface (BCI) technology that involves the placement of multiple small “chips” (tiny micro-electrodes) in the brain. Researchers will enroll 12 participants who will receive over-the-skin spinal cord stimulation for 12 months, and two participants will begin with over-the-skin stimulation for several months, followed by six months of BCI-driven over-the-skin spinal cord stimulation to facilitate further recovery.

Through activity-based and BCI-assisted training sessions, individuals with SCI will conduct tasks while receiving cervical stimulation. The goal is to observe the stimulation’s effect on the brain’s activity patterns and arm and hand movements to restore long-term control of the muscles.

The Feinstein Institutes is the scientific home of bioelectronic medicine, the scientific field that combines molecular medicine, neuroscience and biomedical engineering to develop innovative therapies using computer chips and devices instead of drugs to treat various diseases and conditions through the stimulation of nerves, including paralysis.