Fujirebio Diagnostics, a consolidated subsidiary of Miraca Holdings, has secured approval from the US Food and Drug Administration (FDA) for its Lumipulse G B•R•A•H•M•S procalcitonin (PCT) assay for testing on Lumipulse G1200 immunoassay platform. 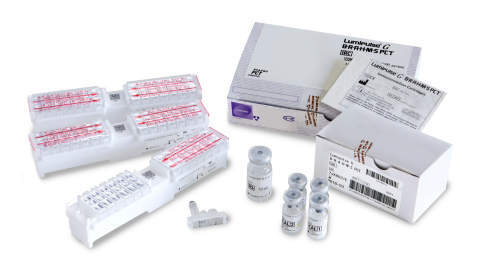 The PCT, which is a biomarker specific to bacterial infections, helps in guiding antibiotic treatment decisions or evaluating the risk of critically ill patients for progression to sepsis or septic shock.

When run on the Lumipulse platform and used along with other laboratory findings and clinical assessments, the PCT assay will help in decision making for patients with suspected or confirmed lower respiratory tract infection.

The assay is useful in risk assessment of critically ill patients on their first day of intensive care unit (ICU) admission for progression to severe sepsis or septic shock.

Through measuring a change in PCT level over time, the assay will help in depicting the cumulative 28-day risk of all-cause mortality for patients diagnosed with severe sepsis or septic shock in the ICU or obtained in the emergency department or other hospital setting prior to ICU admission.

In addition, the assay is useful in decision-making for patients with suspected or confirmed sepsis.

“The Lumipulse G B•R•A•H•M•S PCT Assay is a significant new tool in the fight against sepsis, lowering hospital re-admission rates, and improving the use of antibiotic treatment.”

Fujirebio Diagnostics is a subsidiary of Fujirebio Holdings, which is engaged in the clinical development, manufacturing and commercialization of in-vitro diagnostic products for the management of human disease states.

The premier cancer diagnostics company’ CA125 test is claimed to be the first FDA-approved ovarian cancer biomarker over 25 years ago.