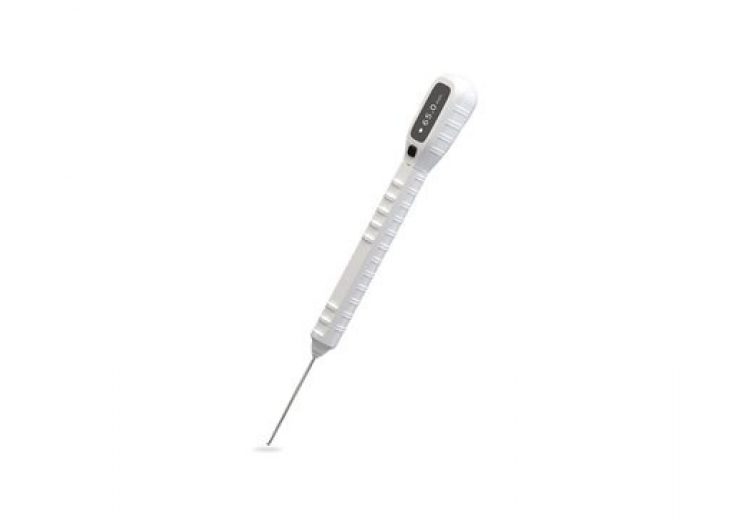 The EDG Ortho is a sterile, single-use device used to more accurately and safely measure which length screw should be implanted into a patient during orthopedic fracture surgeries. (Credit: Business Wire)

EDGe Surgical, Inc., a company focused on developing and manufacturing smart orthopedic and spine surgical instruments, announced today that it has received a CE Certificate of Conformity from its notified body permitting CE mark of the company’s EDG® Ortho 65mm single-use electronic depth gauge in the European Union market.

“This is a great achievement for EDGe Surgical on several levels,” said Christopher Wilson, CEO, EDGe Surgical, Inc. “The approval enables us to gain access to markets that accept CE marked medical devices, and it also sets the stage for strategic partnerships with larger manufacturers who are not ready to transition to the new EU Medical Device Regulation (MDR) that goes into effect later this month.”

Under the MDR, traditional metal depth gauges will be reclassified to a higher, riskier classification and must be certified by a “notified body” instead of self-certification by the manufacturer. Notified bodies are organizations designated by an EU country to assess the conformity of certain products before being placed on the market.

“Preparing for the requirements under the new MDR is placing significant resource strain on large orthopedic manufacturers, and some have made the tough decision to discontinue certain products due to lack of readiness,” Wilson continued. “Our EDG Ortho electronic depth gauge is a readily available option for manufacturers that are having difficulty transitioning their legacy metal depth gauges to the more stringent requirements.”

The EDG Ortho is a sterile, single-use device used to more accurately and safely measure which length screw should be implanted into a patient during orthopedic fracture surgeries.