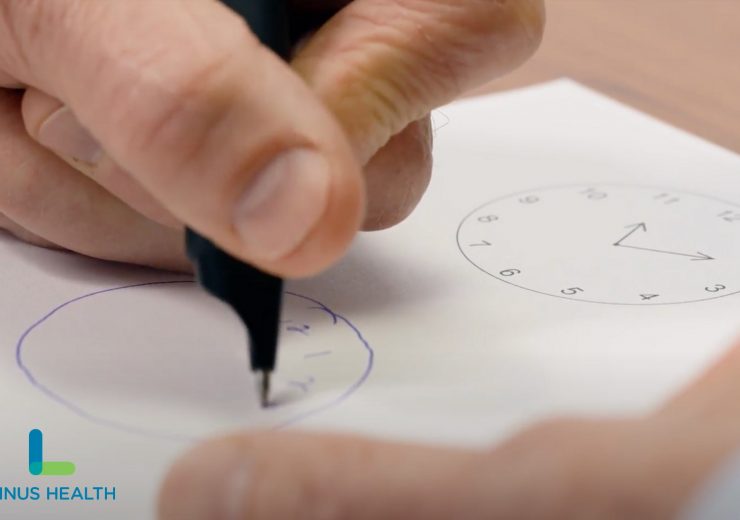 A newly published study in Neurology by researchers at the Massachusetts General Hospital (MGH) revealed that DCTclock™, a digital version of the classic Clock Drawing Test (CDT), was effective in identifying the beginnings of Alzheimer’s disease pathology in cognitively normal individuals, those with no outward symptoms of dementia. The Linus Health Inc DCTclock™ digital clock-drawing test is a Food and Drug Administration (FDA) registered Class II medical device for cognitive assessment that can be easily administered at a lower cost and time burden than traditional methods.

Amyloid beta plaques associated with Alzheimer’s disease can appear in the brain as early as 15 to 20 years before clinical symptoms manifest. Early detection of cognitive impairment, especially in the pre-symptomatic stage, is a key step towards enabling disease modification—from implementing timely lifestyle changes to discovering new disease-modifying targets to expand currently limited treatment options. Cognitive testing that includes pen-and-paper tests such as the Clock Drawing Test, is the 50-year-old standard, but it’s time consuming and has limited sensitivity to detect the onset of the disease before greater impact on memory, language, or visuospatial problems. However, the positron emission tomography (PET) scans that can identify the biomarkers required for Alzheimer’s detection are expensive and often inaccessible to patients in many clinical settings. The Linus Health DCTclock is a new approach to the standard Clock Drawing Test, as a rapid, sensitive tool that closely correlates with test results from costly brain imaging procedures for screening a population with no apparent symptoms. Linus Health acquired the DCTclock test in 2020; the test is based on the seminal work of Digital Cognition Technology (DCT) founders Dr. Dana Penney of Beth Israel Lahey Health and Dr. Randall Davis of Massachusetts Institute of Technology, who invented and developed the original Digital Clock Drawing Test beginning in 2005.

In the MGH study, more than 300 participants from the Harvard Aging Brain Study were given the DCTclock test alongside the Preclinical Alzheimer’s Clinical Composite (PACC) — a 30-minute battery of pen-and-paper based cognitive tests — and PET brain imaging scans. The study found the digital assessment to have significant correlation with PET imaging scans that can detect evidence of amyloid plaques in asymptomatic individuals. Moreover, the DCTclock outperformed the PACC at differentiating clinically normal individuals with amyloid plaque deposits from those without.

“Early detection is critical for advancing the study and treatment of cognitive impairment. Digital tools enable not only incredible sensitivity but are also a measure of brain function, which is arguably more clinically important than even some molecular markers. Because of the scalable nature of software, these digitized cognitive functional assessments greatly increase accessibility to the population and lower the cost as well as the burden on the patient,” said David Bates, Linus Health CEO. “We acquired DCTclock because we view it as a new gold standard. This study demonstrates the effectiveness of the test in early detection and predicting an individual’s brain health trajectory by measuring objective metrics that cannot be captured with traditional pen and paper tests or questionnaires.”

The Linus DCTclock test prompts participants to both draw from memory and then copy an analog clock face using either a digital pen with paper or a mobile device. DCTclock gives new life to this standard test by capturing the entire process of task performance, rather than solely the end-product. Artificial intelligence and machine learning analyze not only the correctness of the clock face and hands, but also features of the drawing process, including movement and spatial patterns, revealing subtle signs of cognitive impairment. The freeform nature of the drawing task elicits varied cognitive processes within a short amount of time, allowing the test to maximize data collection about multiple domains of an individual’s cognitive health.

The test takes roughly two minutes to administer compared with 30 minutes for the PACC, significantly reducing the burden on patients, clinicians, and clinical trial teams. Linus Health implemented machine learning analysis to enable careful and detailed review with an interpretable report to the clinician, instead of a black-box score. The short test duration also enables its integration in the Linus Health platform with additional multi-modal digital tests to further characterize the patient’s brain health.

The results of this study show that the DCTclock test can detect very subtle cognitive changes, allowing it to serve as a quick, yet highly sensitive “brain vital sign” that can indicate the need for more comprehensive testing. The DCTclock can now also be easily deployed in a clinical setting with a stylus and tablet such as an Apple iPad and Pencil, enabling it to be used as a pre-screener or screener for enrollment in clinical trials and research studies about brain health. It can also be used both to monitor subjects throughout a clinical trial to show efficacy of an intervention or to evaluate the efficacy of prescribed treatments. DCTclock was also found to improve upon differentiating mild cognitive impairment and dementia when compared to traditional clock scoring methods.