Depression and anxiety in patients after ICD implantation surgery is well documented, but a new study reveals the rate of occurence in a large sample 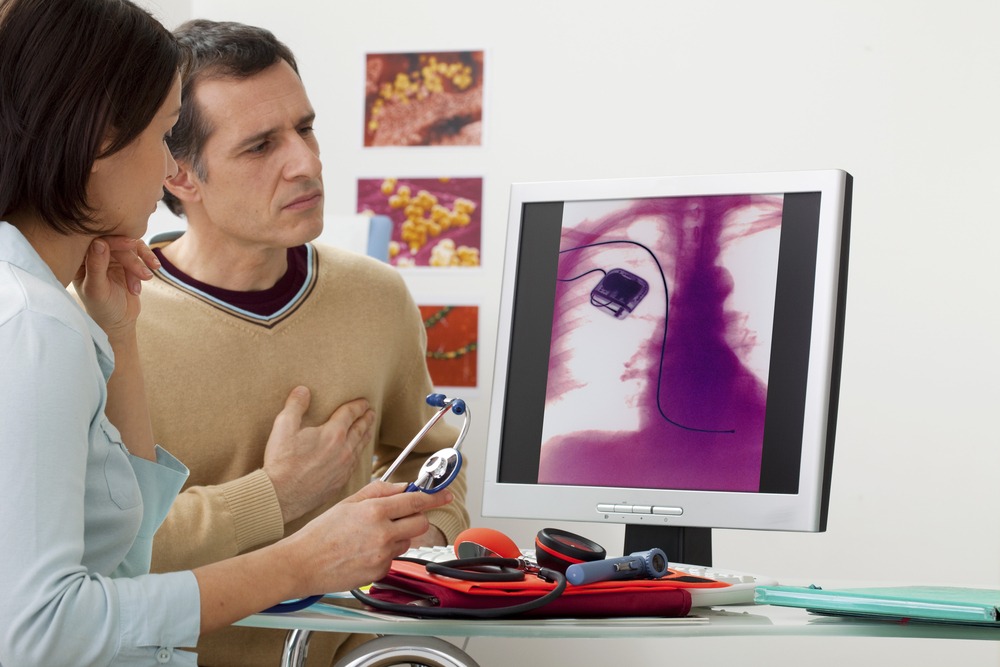 Every surgery carries an element of risk with it, but with the implantation of an ICD (implantable cardioverter-defibrillator), it’s not just the potential for complications – there’s also the possible development of anxiety and depression after the procedure.

Despite the relatively high success rate of ICDs in preventing mortality from heart conditions, carrying the device means a raft of physical limitations on wearers.

High-octane sports that could result in an impact to the chest above where the ICD resides are not advised for instance, and in some situations, patients may not be able to continue in their current job.

With these stressors in mind, it’s no surprise that there’s a body of literature discussing the risk of anxiety and depression.

A new study from the European Society of Cardiology has revealed just how high that risk may be.

Study author Professor Susanne Pedersen of Odense University Hospital, Denmark said: “Most patients adapt well to living with an ICD, but for others it completely changes their life, with worries about shocks from the device, body image, and livelihood as some need to change their job.”

Previous studies have shown that anxious or depressed ICD patients have poorer quality of life and are at increased risk of arrhythmias and death.

The study from Pederson and her colleagues examined how many patients develop anxiety or depression after ICD implantation, as screening tends to be a one-time event.

The study used data from DEFIB-WOMEN – a national multi-centre prospective and observational study of patients with a first-time ICD.

Patients who received a first-time ICD were recruited consecutively between June 2010 to April 2013 at five hospitals in Denmark and followed up for 24 months.

The study included 1,040 patients who completed questionnaires on anxiety, depression, and physical quality of life at baseline, and after 3, 6, 12, and 24 months.

Information on demographic and clinical data was obtained from the Danish Pacemaker and ICD Register, and the study was presented at the European Heart Rhythm Association 2021 virtual event that ran between April 23 and 25.

With respect to new onset anxiety, the cumulative incidence over the 24-month follow-up period was 14.5% – for new onset depression, 24-month figure was 11.3%.

Age played a role in the prevalence of anxiety, with a lower hazard ratio (HR) of 0.54 among older participants, whereas marriage, Type D personality and lower self-reported physical functioning were associated with increased risk, having HRs of 1.66, 2.50 and 1.48 respectively.

Regarding new onset depression, higher age and higher self-reported physical functioning were associated with reduced risk, with HRs of 0.57 and 0.46, respectively.

Smoking, type D personality, and lower self-reported physical functioning were associated with an increased risk, with HRs of 2.13, 2.53, and 1.64, respectively.

“Our results suggest that more regular screening for depression and anxiety could identify patients who might benefit from additional support,” said Professor Pedersen.

“Taken together, our findings indicate that younger patients, those with poor physical function, and those with type D personality are more likely to become anxious or depressed.

“People with type D personality tend to worry while not sharing negative emotions with others, which may compromise their mental health.”

Professor Pedersen noted that ICD implantation is often a day procedure. While some patients look forward to going home, others become anxious and feel it is too soon as they have had no time to adjust.

She said: “One way to remedy this could be digital support, using an app or platform to provide information and reassurance, enabling patients to talk to a health professional if needed, and referring those with high anxiety or depression scores to a psychologist for an online treatment programme.

“We are piloting this approach, and in my experience, it is a minority of patients who need it, but for those who do, it can mean a world of difference.”