Curium and RadioMedix have signed an agreement for the development and commercialization of 64Cu-Dotatate, an investigational positron emission tomography (PET) diagnostic agent, for patients with suspected Neuroendocrine Tumors (NETs). 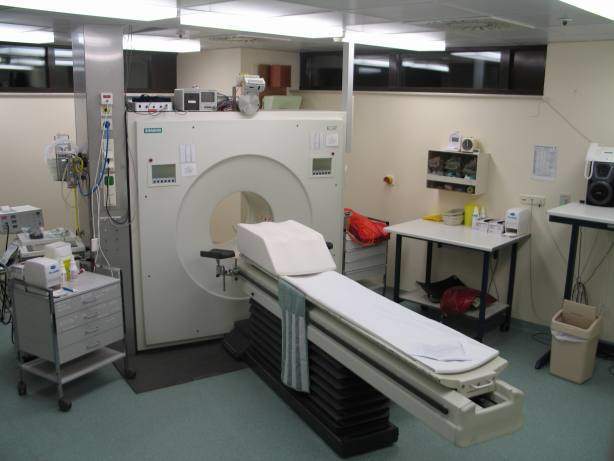 Image: A typical PET scan in a hospital. Photo: Courtesy of Jens Maus/Wikipedia

Presently, RadioMedix is conducting the Phase III clinical trials of the agent. The company expects to submit a new drug application to the US Food and Drug Administration (FDA) in 2019.

Curium said the partnership builds on the initial development work undertaken by RadioMedix and will benefit from its regulatory, manufacturing, distribution, and commercial expertise.

RadioMedix managing director and CEO Ebrahim Delpassand said: “64Cu is a PET isotope that can be produced at a central location in quantities to meet the commercial needs of hospitals and imaging centers without the supply limitations of nuclear generator-based PET isotopes.

“Once approved, 64Cu-Dotatate will be available to patients in medical centers with PET capability across the country. This will address the shortage or lack of availability of somatostatin analogue PET agents that we are currently experiencing in many parts of the US”

Till now, RadioMedix has conducted three studies which were published in the Journal of Nuclear Medicine. The study was published in July, 2012, which was titled ‘Clinical PET of Neuroendocrine Tumors Using 64Cu-DOTATATE: First-in-Humans Study’.

This was the first in-human study and studied the efficacy of 64Cu-DOTATATE, an avidly binding somatostatin receptor ligand linked to a radioisotope with intermediate half-life and favorable positron energy (half-life, 12.7 h, maximum positron energy, 0.653 MeV).

Results from the study showed that the somatostatin receptor imaging (SRI) with 64Cu-DOTATATE produced images of high quality and high spatial resolution, compared to conventional scintigraphy.

A total of 112 patients had undergone both PET/CT with 64Cu-DOTATATE and SPECT/CT with 111In-DTPA-OC within 60 days.

64Cu-DOTATATE is claimed to have exhibited a higher diagnostic sensitivity and accuracy with 97% for both and they were better than those of 111In-DTPA-OC (87% and 88%, respectively, P = 0.017).

In 84 patients (75%), 64Cu-DOTATATE identified more lesions than 111In-DTPA-OC and always at least as many.

In total, twice as many lesions were detected with 64Cu-DOTATATE than with 111In-DTPA-OC.

The third study involved the comparison of 64Cu-DOTATATE with 68Ga-DOTATOC in NET patients.