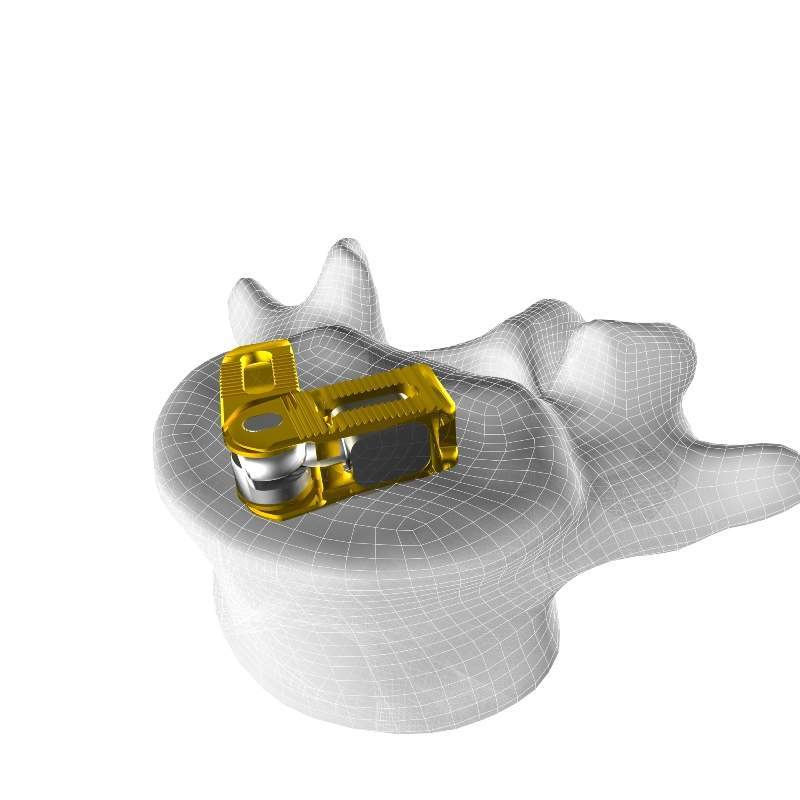 FLXfit15 is a posterior lumbar expandable interbody device that offers up to 15 degrees of controlled and continuous expansion and is one of the only expandable cages on the market that offers articulation, providing ease in precise anterior placement.

FLXfit15’s open device architecture enables ample space for graft material and its bulleted-nose and single-instrument inserter/expander are designed to streamline insertion. FLXfit15 is offered in 2 lengths – 32mm and 40mm, and in heights from 8-13mm to accommodate diversity in anatomical need.

Norfolk, Virginia-based Neurosurgeon Grant Skidmore said: “The FLXfit15 Interbody device offers the surface area contact and lordosis often desired in an ALIF procedure but obtained with a less complicated posterior approach – this implant is inserted as a PL, deploys as a TL, and expands to gain lordosis of up to 15 degrees.

“It saves me time, is less invasive and offers optimal sagittal balance correction. In my opinion, it’s the best posterior interbody cage on the market.”

CoreLink sales vice president Derek Kuyper said: “Last year, expandable devices grew to over 20% of the overall interbody market- expandable devices are clearly here to stay. CoreLink’s offering FLXfit15 is a great compliment to our growing product offering and positions us well to meet the increasing needs of surgeons and patients.”

CoreLink will be exhibiting at the North American Spine Society’s annual meeting in Los Angeles, between 26 and 28 September, booth #2038, where a full display of FLXfit15 and our family of Foundation 3D Products will be featured. Private appointments available.