Israeli medical diagnostics company Check-Cap stated that it has secured the institutional review board (IRB) approval from the New York University School of Medicine to begin pilot study of its C-Scan system. 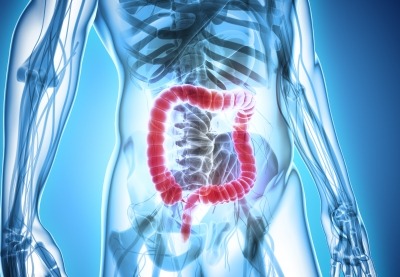 Check-Cap said the US pilot study will be a single-arm trial in which up to 45 subjects considered to be of average risk for polyps and colon cancer, will be enrolled.

It will evaluate the safety, usability, and subject compliance of the C-Scan system. It will be conducted at New York University School of Medicine.

Last year, an estimated number of 881,000 deaths and more than 1.8 million new cases of colorectal cancer (CRC) were detected across the world. CRC usually begins as precancerous polyps or abnormal growths in the colon or rectum, which can be present for up to 10 years before developing into invasive cancer.

As a result, screening for precancerous polyps is the most direct method for CRC prevention. In spite of the evidence that standards screening can prevent the cancer, adherence among people is claimed to be low because of the required bowel preparation, invasiveness, and in some communities, limited access.

Check-Cap CEO Alex Ovadia said: “We are excited to receive IRB approval as this important milestone enables Check-Cap to bring the C-Scan system into the clinic in the US. Following the CE Mark clearance and approval to initiate commercial sales of the C-Scan system in Israel last year, IRB approval is a critical step towards developing clear paths to commercialization in major markets worldwide.

“We look forward to the initiation of the pilot study evaluating our patient-friendly screening method for colorectal cancer as we aim to increase screening adherence and ultimately decrease the overall incidence for this highly-preventable disease.”

C-Scan technology from Check-Cap, is based on two physical phenomena related to the interaction of X-ray photons with the contents of the colon and its tissue wall.

The company stated that the first is X-ray fluorescence that occurs when X-ray photons interact with the ingested contrast agent that mixes with other colon contents. This interaction produces secondary X-ray fluorescence photons, some of which are back-scattered towards the capsule can be detected by the X-ray detectors.

The second type of interaction that the emitted photons undergo is Compton scattering, which is an inelastic interaction of X-ray photons with electrons of the atoms in the colon walls and lumen. Some of the photons get scattered during this process, head back in the direction of the capsule with an energy correlated to their angle of scatter.