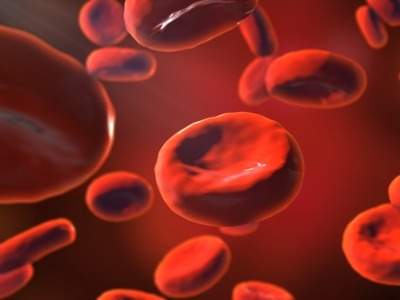 Cerus president and CEO William ‘Obi’ Greenman said “The INTERCEPT RBC CE Mark submission is a major milestone in the Company’s history and represents the culmination of years of effort to complete the full INTERCEPT portfolio of products to help ensure that patients have access to safe blood transfusions.

“Red blood cell transfusions are one of the most common hospital procedures globally, and there are more than 25 million red blood cell units transfused in Europe, Middle East and Africa (EMEA) annually. The INTERCEPT red blood cell system is designed to reduce the risk of transfusion transmitted infections and other potential complications such as transfusion-associated graft-versus host disease.”

Greenman continued saying: “The INTERCEPT red blood cell system is an important extension to our portfolio and our existing blood center customers are excited about the opportunity to potentially safeguard all three major blood components.

“We are looking forward to working with the regulatory agencies in EMEA to bring this important product to market.”

Cerus regulatory affairs and quality senior vice president Carol Moore said: “We anticipate the regulatory review process could exceed 15 months given the breadth of the submission, which covers both device and biologic elements. Our submission will be reviewed by TÜV SÜD, our notified body, and Irish Health Products Regulatory Authority, the competent authority.”

The STARS study was a randomized, double-blinded multicenter center study evaluating the efficacy and safety of INTERCEPT RBC in acute anemia patients. Red blood cell components were transfused to cardiovascular surgery patients at two German clinical trial sites. The study met the primary endpoint, which demonstrated that the mean hemoglobin content of INTERCEPT-treated RBCs were equivalent to conventional RBCs.

The SPARC study was a randomized, double blinded cross-over study evaluating the efficacy and safety of INTERCEPT RBC in chronic anemia patients. A total of 86 thalassemia patients were enrolled at three participating international sites. Subjects were randomly assigned to a sequential treatment period of either INTERCEPT-treated RBCs or conventional RBCs with cross over to the other treatment arm upon completion of the first treatment period. Each treatment period consisted of 6 transfusion episodes. The study met the primary endpoint, which was designed to assess up to a 15% relative difference in mean consumption of hemoglobin, a measure of red blood cell efficacy and iron burden.