British Heart Foundation, NHS and Microsoft partner to map all defibrillators in UK

The British Heart Foundation (BHF), the National Health Services (NHS) and Microsoft have partnered to map all defibrillators in the UK, in order to save more lives from cardiac arrests. 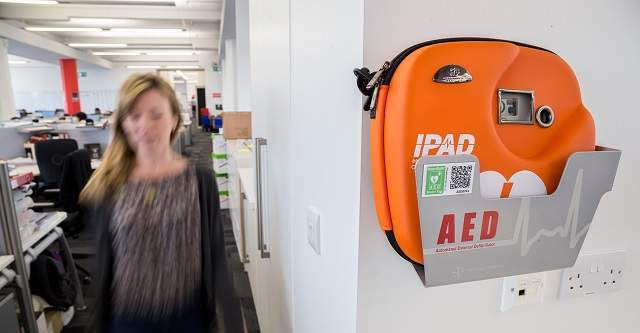 Recent figures show that public access defibrillators are used in less than 3% of out-of-hospital cardiac arrests, resulting in decreased survival chances of several people each year.

The BHF said a huge barrier to the use of defibrillators is that the location of the devices is often unknown to bystanders and ambulance services, even when several thousands of defibrillators have been placed prominently at workplaces, train stations, leisure centres and public places across the country.

The organization noted that it is resulting in unnecessary loss of lives as 999 call handlers may not be able to direct bystanders to the nearest defibrillator when someone suffers a cardiac arrest.

To solve this issue, the BHF, NHS England, NHS Scotland and Microsoft solutions provider New Signature will work together for the next one year to develop a network of defibrillators across the UK, which can be used by ambulance services.

This is part of a strategy between the BHF, NHS and other leading health organisations to improve the country’s cardiac arrest survival rates, by increasing the CPR application and defibrillation to patients, and improving post-resuscitation care.

It is estimated that nearly 30,000 out-of-hospital cardiac arrests occur every year in the UK, but less than 1 in 10 people survive. In countries where the public can recognize and deal with cardiac arrests, the survival rates up to three times higher.

BHF CEO Simon Gillespie said: “Every minute without CPR or defibrillation reduces a person’s chance of surviving a cardiac arrest by around 10%. Thousands more lives could be saved if the public were equipped with vital CPR skills, and had access to a defibrillator in the majority of cases.

Gillespie noted that better progress has been made over the last five years in introducing CPR training in more schools and access should be enhanced now to public defibrillators across the UK.

“This innovative project will give every ambulance service immediate access to the location of defibrillators in their areas, so they can direct bystanders to their nearest life-saving device in the event of a cardiac arrest,”Gillespie said.

Microsoft UK chief operating officer Clare Barclay said: This innovative partnership could quickly equip 999 call handlers with information that could mean the difference between life and death for someone suffering a cardiac arrest.”