Medical technology company Beta Bionics has completed its Series B equity financing, which has reached a total of $63m. 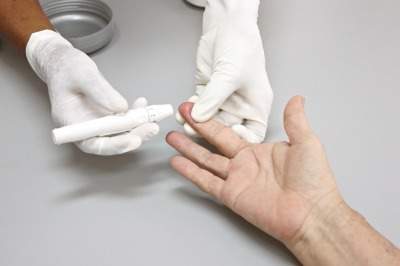 Beta Bionics is a developer of iLet Bionic Pancreas System, which was tested in home-use clinical trials last year in adults and children with type 1 diabetes (T1D).

The system has dual chamber, autonomous, infusion pump that mimics a biological pancreas. It is embedded with clinically tested mathematical dosing algorithms driven by lifelong machine learning that are claimed to autonomously calculate and dose insulin and/or glucagon as needed, based on data from a continuous glucose monitor.

Bet Bionics stated that the iLet system has been designed to be simple to use. It requires only body weight to initialize and then proceeds to autonomously control the individual’s blood-glucose levels and to continuously adapt to the individual’s ever-changing insulin needs.

New investors in the round include Dexcom, and funds managed by ArrowMark Partners and LifeSci Venture Partners.

Funding from the round will be used to support the ongoing product development including iLet phase 3 clinical trials, and regulatory submission of the iLet PMA application to the US Food and Drug Administration (USFDA).

LifeSci Venture Partners general partner Paul Yook said: “We are thrilled to help Beta Bionics fund their innovative iLetä system through pivotal clinical trials and the FDA approval process.  Based on our due diligence, we believe the iLet will transform glucose control for millions of people living with diabetes across the globe.”

ArrowMark Partners Tuan Huynh said: “The team at Beta Bionics has the potential to develop the world’s first bionic pancreas that could revolutionize the management of diabetes.

“Currently with about 3.2 million intensively managed patients in the US, there is tremendous opportunity to not only help reduce patient burden, but also for Beta Bionics.”

The grant was awarded under the NIH Fast-Track mechanism where the Phase I will include R&D activities to establish and implement the final design and use requirements of its iLet Bionic Pancreas System and for building and testing clinical-ready prototypes and to submit the investigational device exemption (IDE) application to the US Food and Drug Administration (FDA).