Baxter International has unveiled the latest design enhancements for its fibrin sealant product, the Tisseel Prima syringe, at the 2018 American Association of Gynecologic Laparoscopists (AAGL) meeting. 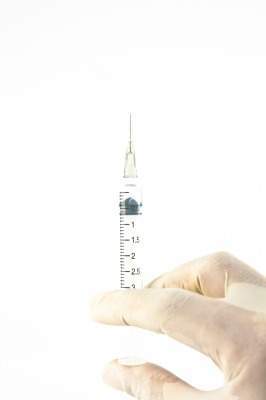 Attendees can visit Baxter’s booth #807 at the AAGL meeting this week for product demonstrations of the new Prima syringe and the Tisseel 40cm Duplotip Rigid Applicator, along with the rest of Baxter’s portfolio of hemostats and sealants that can be used during gynecological surgeries.

“We are focused on developing hemostats and sealants that help gynecologists overcome their biggest challenges to promote healing for their patients.”

Baxter’s trusted Tisseel fibrin sealant now features the new Prima syringe, which is a next-generation ergonomic syringe that comes fully assembled and is eight times easier to push than the previous Tisseel syringe. This allows surgeons to have a higher level of precision and control during surgery and has a nearly 17% quicker thawing time. Baxter also unveiled its new Tisseel 40cm Duplotip Rigid Applicator, an extended length applicator that is helpful when surgeons need to apply Tisseel to hard to reach areas laparoscopically.

Tisseel is the only major brand of fibrin sealant to offer a complete portfolio of drip and spray applicators, allowing surgeons to select the right tools to address individual patient needs. Gynecologists often perform procedures laparoscopically, such as hysterectomies and myomectomies, which eliminates the need for large abdominal incisions and speeds up the recovery time.

Portola Valley, California Laparoscopic Institute for Gynecology and Oncology (LIGO) medical director Kate O’Hanlan said: “I’ve experienced the benefits of Tisseel firsthand with my patients and it has become a product that I rely on to help stop bleeding during gynecologic surgeries.

“When one of my patients suffers a bleed, I want to be able to stop it as quickly as possible. I’m excited that the new Tisseel Prima product will allow me to treat the bleeding more quickly and easily.”

With more than 2,000 publications, including but not limited to clinical studies, case series and reports across specialties—including gynecology—data has shown that Tisseel has been an effective product worldwide for the last 40 years.