Royal Mail, DVLA, and Tate & Lyle Sugars are among the UK companies rolling out asymptomatic lateral flow testing for their workforces 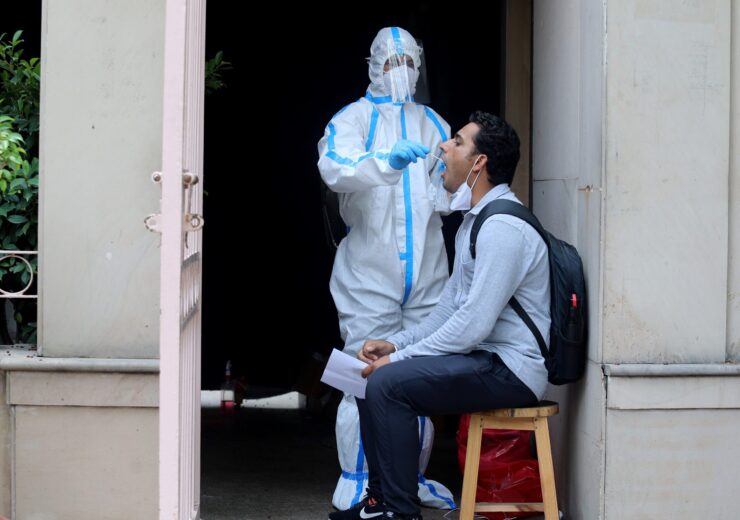 A number of organisations in the UK public and private sectors are attempting to detect asymptomatic Covid-19 cases in their employees using lateral flow testing.

Royal Mail, Tate & Lyle Sugars, Primula, Moy Park, Octopus Energy, Apetito, and DVLA are among the companies that have already signed up to rapidly test their staff for the novel coronavirus – according to BIVDA (British In Vitro Diagnostics Association).

These efforts are part of the UK government’s attempt to expand lateral flow testing in workspaces, and ultimately identify more people who are infected with the SARS-CoV-2 virus but do not show any symptoms – which is thought to be true of as many as one in three cases.

Tate & Lyle’s senior vice president Gerald Mason said: “Mass testing has really helped us get one step ahead of the virus by identifying colleagues who were infectious but showed no symptoms.

“This has been especially welcome over the last few weeks at our East London factories as the levels of virus in the local area have been extremely high.”

In a statement, BIVDA also said millions of rapid testing kits have been made available to NHS and care home staff, primary care workers, schools, colleges and universities, with an estimated 734,600 lateral flow tests being distributed across the public and private sector to date.

Community testing is currently being “bolstered” in the UK too, with rapid tests available to all 314 local authorities in England – many of which are prioritising groups like bin collectors, shop workers or council employees who are unable to work from home.

The recently-appointed UK Business Secretary Kwasi Kwarteng said he was pleased so many businesses have taken up the opportunity of rapid workplace testing.

“I would encourage even more to do so and to continue to follow our Covid-secure guidance as we pull together to protect our NHS and save lives”, he added.

Why is lateral flow testing being used to detect asymptomatic UK cases?

A lateral flow assay is a paper-based platform for the detection and quantification of a certain analyte in a sample of saliva, blood, urine or another substance.

In the case of Covid-19 tests, a sample of saliva taken from the nose or throat using a swab is placed on a testing device, and the results are displayed within about 30 minutes.

During the test, specimen extracts are applied to the test cartridges, and if there is a Covid-19 antigen in the extract it will bind to the SARS-CoV-2 monoclonal antibody – hence these diagnostic tools sometimes being referred to as antigen tests.

A change in colour on the device can then be seen if the test result is positive, in a process that’s not dissimilar to a common, at-home pregnancy test.

Low development costs and the ease of production associated with lateral flow tests have resulted in the expansion of their applications to multiple fields over time – including, most recently, widespread coronavirus testing.

They are also beneficial due to the speed at which they produce results, although they do forego a level of accuracy when compared to RT-PCR tests, which are considered the gold standard in diagnostic testing.